86 Pages in 12 Days: DP Eve M. Cohen on Shooting Be Somebody 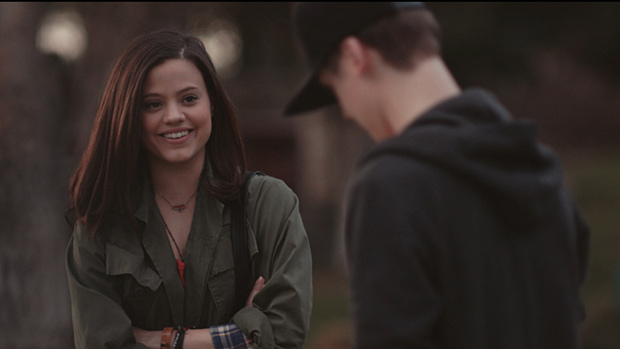 Eve M. Cohen studied art as a painter and a photographer in undergrad, and received a Master’s in cinematography from UCLA. Beginning work in narrative film and documentary, she has most recently been diving into virtual reality, and filming interviews for an unscripted series on TV. “I don’t focus on one kind of filmmaking,” she says. “I really like a variety.”

Filmmaker: What can you tell me about how Be Somebody was shot and how did you become involved?

Cohen: It is a low budget independent film that was directed by Joshua Caldwell. He brought me on to the project as a cinematographer and together we developed a style and feel for the filmmaking that we were going to use for this project.

It was an 86-page script, and it was a very short schedule. We only had 12 days, so the way we were going to film this was integral to making sure that it was going to fit within the schedule that we had. We shot it in December and it was released in July, so it was a really fast turnaround.

Filmmaker: With such a short schedule, was this shot in one location?

Cohen: There were a ton of locations. It was shot in Los Angeles and sometimes we had two locations in a day. There were a lot of night exteriors. It’s all hand held and we really wanted to make sure that you felt you were there with the characters, telling their story, so a lot of the filming is continuous, with very long takes of the scene hand held.

There were two cameras: the A camera covering the action of what’s happening, and the B camera is sometimes getting a specific shot, and sometimes it’s just picking out pieces of things 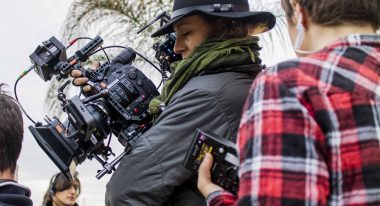 Filmmaker: Were the A and B cameras the same?

Cohen: They were both C300 Mark IIs from Canon, with PL mounts and Cooke S4 lenses.

Filmmaker: You said it was all handheld. How were the cameras configured?

Cohen: The only non-handheld shots are some exteriors; they’re on some tripods. One scene is on a slider, but otherwise it’s all handheld.

Filmmaker: Had you been using the C300 Mark II prior to this project, or was this the first time?

Cohen: We shot this in December and it was the first major project that I had worked with the Mark II. I had shot a very small documentary on it previously and really liked what it could do and how much “beefier” it was than the original C300.

I’ve worked with the original C300 a lot, and I feel like I have that camera with me all the time, so it was really natural for me to just go and move to this next version of the camera. But I hadn’t used it for anything that was narrative and I really knew that the style of filming was going to be so close to what I was used to in documentary, with a lot more planning and calculation. I wanted that same kind of comfort that I had with the C300 in a cinematic narrative setting, so the C300 Mark II just really made sense for us to work with. Also given that we only had two weeks of prep and 12 days to shoot the film I needed something that I really knew well, inside and out. 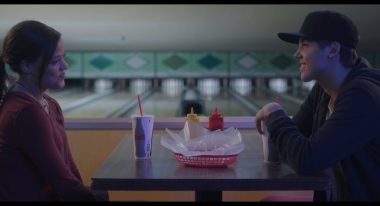 Filmmaker: What do you mean by beefier?

Cohen: It’s a little weightier, there’s more resolution, and it has more dynamic range. My background is in film, and I also shot a lot of 16mm, so I kind of think of the quality of an image in terms of film; it’s kind of a thicker image, there’s more information in it. That’s just the way that my brain works on that.

Filmmaker: How did you plan out the shots?

Cohen: It was very planned out and very calculated, how we were going to shoot it and what we were going to do. We also had to be very reactive to changes in the schedule, changes in the blocking, and being able to let the actors do what they needed to do, and still be able to follow them around and capture it. That affected how we were lighting it, because we’re handheld and we’re following them all over the space. We weren’t always lighting 360 degrees, but a lot of the times we needed to be able to look everywhere in the space.