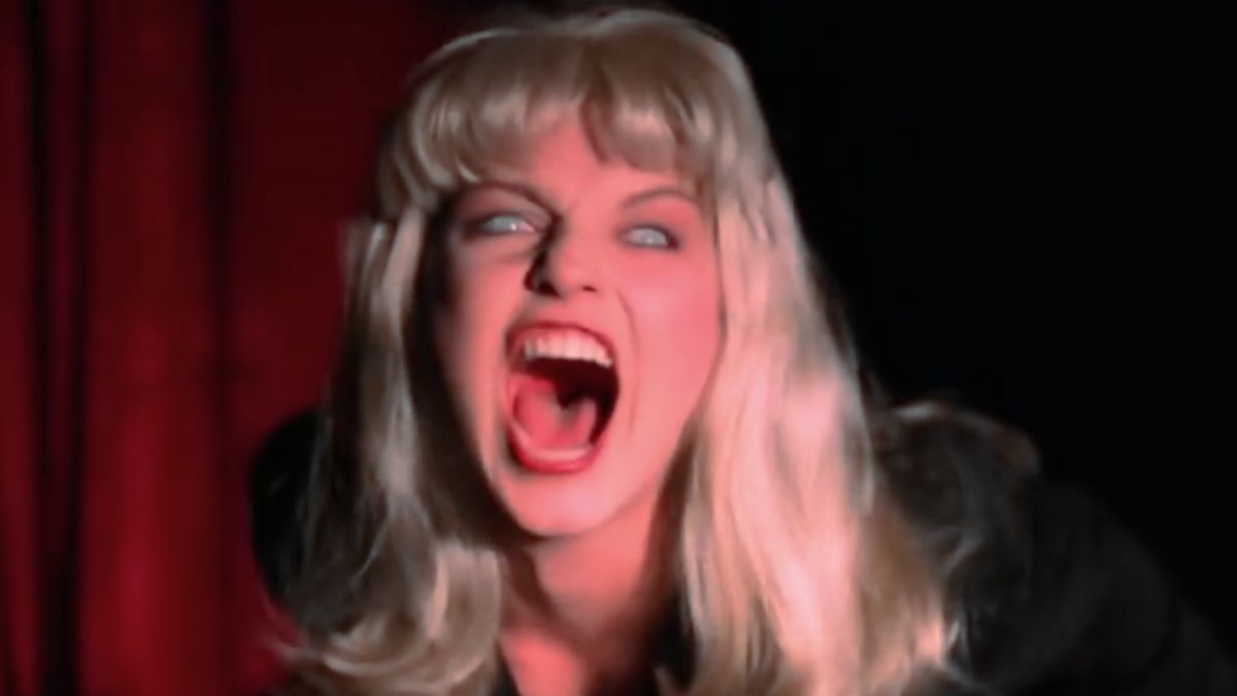 Uncanny, unsettling, disturbing, surreal — David Lynch’s work summons up no shortage of adjectives. But one that gets applied surprisingly rarely is scary. But precisely because of its inflection of horror with the qualities listed above, Lynch’s films can be terrifying in a much deeper way than your normal, well-executed jump-scare thriller. The folks at Blumhouse certainly know horror, and this week site contributor Gregory Burkart posted a nicely curated list of annotated clips speaking to Lynch’s ability to scare, particularly nailing a couple that have long haunted this Lynch fan. The first is from Eraserhead, the “ooh, you are sick, aren’t you moment.”

I’ve previously noted that Lynch’s first full-length film is like a waking nightmare from start to finish… but I’ll always remember one specific instance where the director took advantage of a relatively “quiet” interlude between protagonist Henry (Jack Nance) and his horribly-deformed “baby.”
The viewer is lulled into a temporary calm by the pulsing, ambient sound design (expertly crafted by Lynch and long-time sound collaborator Alan Splet). Lynch then employs a jump-cut and an accompanying “sting” on the soundtrack, provided by dissonant blast on a pipe organ, to remind you that there can be no peace for poor, miserable Henry, even as he tenuously embraces the idea of fatherhood.

The second is from the TV show Twin Peaks, from the series’s last episode. (Burkhardt also picks a scene from the underrated, almost too-disturbing feature, Twin Peaks: Fire Walk with Me, but for the purpose of the embed here I’ll go with the small-screen clip.) He calls this red-curtained moment “perhaps the most terrifying montage to take place in the otherworldly ‘Black Lodge.'”

Read — and watch — the complete list here at the link.