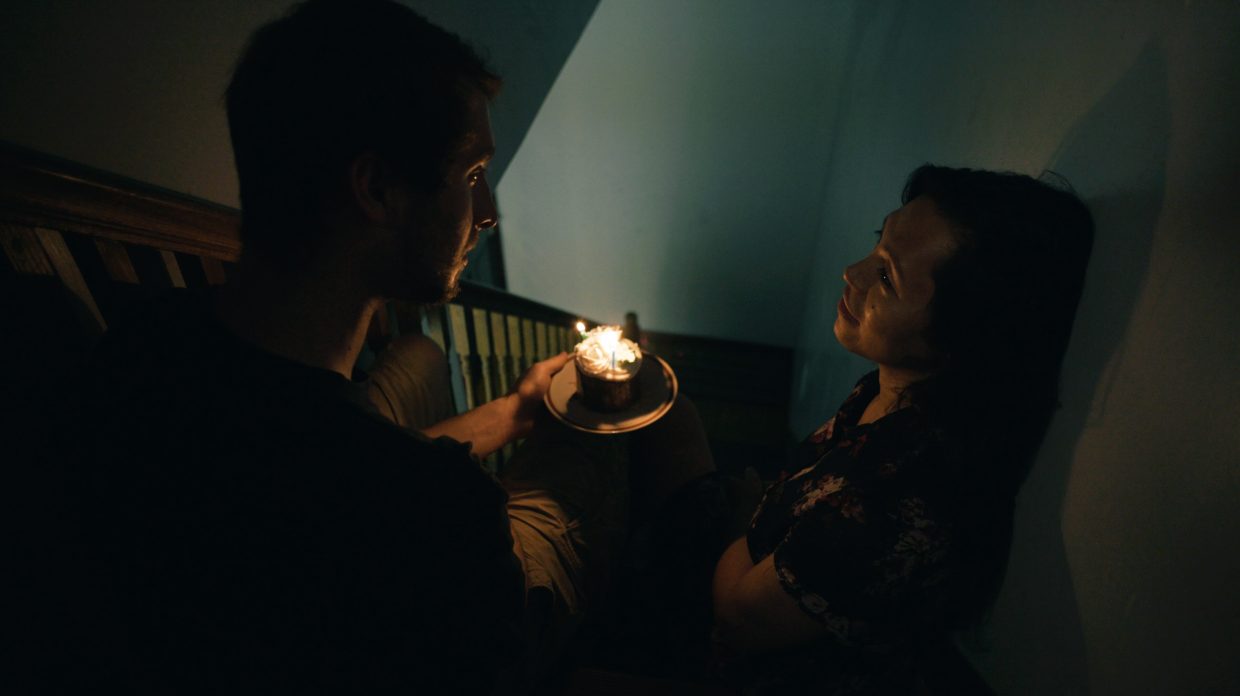 Me and You and Everyone We Know. Pariah. Obvious Child. Lingua Franca. The first three titles? Music to my ears. That last one? Sounds like Beethoven’s Symphony No. 5 to me, mostly because it’s my third feature screenplay (and English-language debut). It’s also been selected for No Borders at IFP Film Week, where those amazing films got their start. As a NYC-based Filipina filmmaker, I can’t be in better company this week.

My debut feature, Senorita, a pulpy political noir that’s a love child of Fassbinder’s Lola and late-’90s Almodovar, had its world premiere in competition at Locarno. It has the distinction of being critic Robert Koehler’s second least-favorite (or most-hated?) festival entry that year after Minnelli’s Some Came Running. It eventually got nominated for Best Picture by the leading critics’ group in the Philippines. For my sophomore feature, I turned my lens to monastic nuns under siege during the Marcos dictatorship in 1971. That film, Apparition, premiered in competition in Busan and won in Deauville and Hawaii, before getting a week-long run at MoMA in an Asian film series that previously featured Tsai Ming-Liang and Apichatpong Weerasethakul. I recall being shell-shocked after getting an email from the dearly-missed film curator Jytte Jensen, who was “very impressed by your reserved and beautiful film that stands out as distinct from other Filipino films we have seen.” Meanwhile, Variety raved about the film and compared it to Rashomon.

Lingua Franca is yet another distinct animal: a romantic drama about an undocumented Filipino transwoman who works as a caregiver to a Russian-Jewish patriarch in Brighton Beach. Running out of options for a green card, she gets involved with the man’s two adult grandsons. The premise is fairly ambitious, exploring not just one but two hotbed issues — the immigrant and transgender experience.

For my pitch video, I filmed a two-and-a-half minute single-shot sex scene. Here’s the twist: much of it is a close-up of the woman’s face, conflicted at first then ultimately permitting herself to be in the moment, to reckon with the wild, brute force of her own sexuality. It’s that particular journey that Lingua Franca chronicles — of how one woman transcends such reductive labels of identity (“immigrant,” “transgender,” “Asian”) to fully become her own person — politically, emotionally, even sexually. Full disclosure: The film doesn’t have a lot of sex scenes but this one embodies the candor and naturalism I’m trying to achieve in the film. It’s my homage to Cassavetes’ A Woman Under the Influence. It’s bold, but is it maybe too bold?

For this reason, I’m both psyched and nervous about meeting with the reputable film institutions, festivals, production companies and sales agents that are interested in the project. (Incidentally, I’ll be meeting with the newly-launched commercial incubator of a former boss at an arthouse distributor that I interned for as a NYU student.) Lingua Franca now has to evolve from a passion project to an entity in a film marketplace, subject to financial and logistical realities. IFP has given me an invaluable platform to formally launch the project and I’ve set myself three key goals that I want to achieve by the end of Film Week.

Fine-tune my pitch. Interestingly, this has less to do with how much I talk about my film than listening to and, more importantly, “reading” the people that I’ll be pitching to. Listen to their words but paying more attention to the body language. Which aspect of my film hooks them in and which ones makes their attention wander? If I’m able to consolidate all the verbal and non-verbal feedback I get during the pitch meetings and networking mixers to craft a persuasive, concise pitch in the end, my Film Week sojourn will be worth it.

Find champions for my film. Start a relationship with potential creative and financial partners that will get behind, even passionately embrace, my film. I understand that my film and my approach might not appeal to everyone but there will be industry members who are actively seeking out unique films like mine at Film Week. These seasoned professionals have a wealth of experience to share with me in shepherding Lingua Franca to completion; I‘m eager to learn from them.

Map out a robust business plan. My pitch meetings which encompass different aspects of the value chain from development to distribution will give me a more concrete grasp of the revenue landscape for my film. I want to funnel the learning from these respective exports into my own strategy for monetizing the film not just in the US but also in international territories, where the film could play just as well, if not better.

How will the industry brand Lingua Franca and my pitch video at Film Week, I wonder? In a cinematic color spectrum, I’m hoping more Blue Is The Warmest Color (albeit from a truly female gaze) and less The Brown Bunny. I can’t wait to find out.