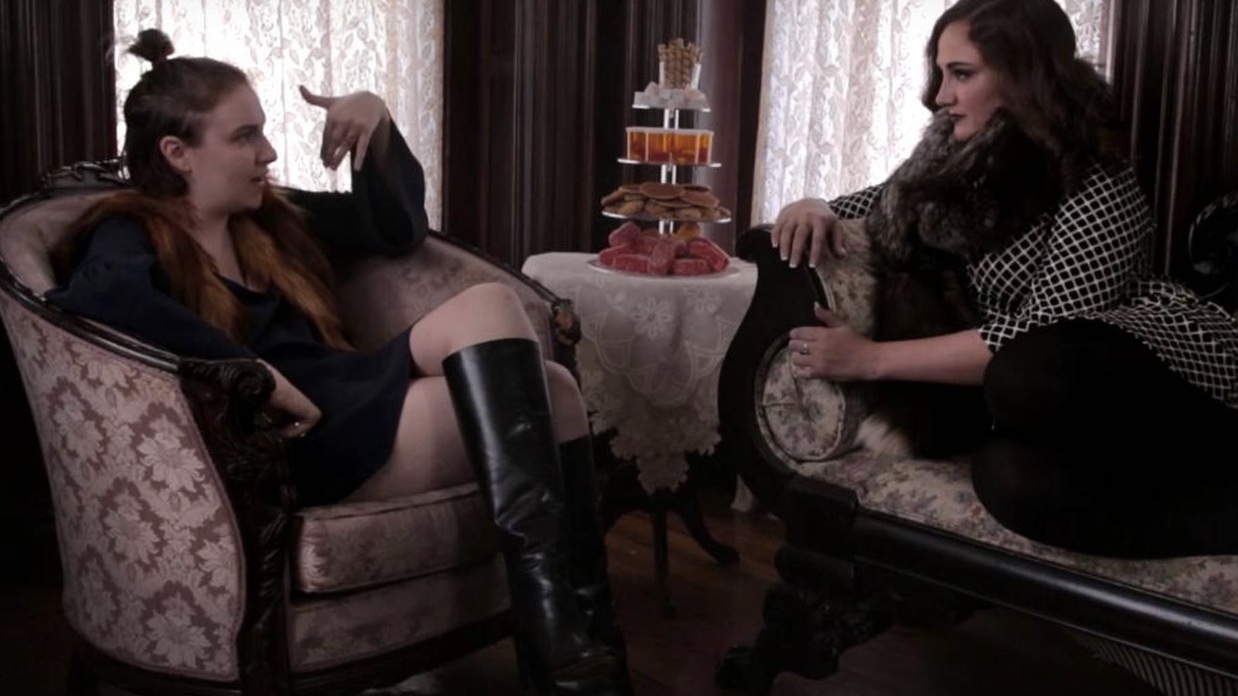 Lena Dunham and Jacqueline Novak in How to Weep in Public

On Sunday, September 18th, IFP Film Week will host a discussion between Refinery29’s Chief Content Officer, Amy Emmerich, and stand-up comedian and author Jacqueline Novak, who recently released her non-fiction memoir, How to Weep in Public: Feeble Offerings on Depression from One Who Knows. Novak’s corresponding video series on mental health was developed and produced with Refinery29, and is just one example of how the popular lifestyle media site has turned its focus toward video content with full force. Their video production unit, R29 Originals, has released so far over a dozen original content series. The site aims to “debut content around the theme of ‘claiming power’ through passion, strength, and empathy.'” Filmmakers with an interest in finding online partners for their work would likely find this panel a valuable one to attend.

Emmerich’s hope for the audience’s takeaway is straightforward: to demonstrate what kind of voices Refinery29 is latching on to by showcasing the “pioneering” voice of Novak to new audiences. “We want to create content that helps push through the noise, that gets people to talk about topics they don’t normally have a chance to, mental health in particular. When you share something like Novak has with a collective audience, you realize that there are lots of other people in similar situations who might find that they’re not alone.”

When Novak’s cousin, fashion designer Rachel Antonoff, urged her to reach out to Refinery29, Novak was a bit wary. “My association with the website was really that it was a fashion site, and I was wondering if they could possibly be into something like this. I worried, you know, was this ‘attractive’ enough for them?” But she says that Julie Miller, Creative Director for Refinery 29’s comedy channel RIOT, where How to Weep in Public lives, was a real “bridge” and assured Novak that, yes, absolutely people wanted to hear what she had to say. “Honesty on the internet — it’s where it’s at,” laughed Novak. “I had a prejudice that Refinery was maybe ‘just’ a fashion site, but I was wrong and pleasantly surprised…. Humor and comedy is such a bridge between the glossy world of entertainment and more difficult topics, like vulnerability.”

Amplifying her book with video content was particularly appealing because Refinery29 gave Novak true creative control. Says Emmerich, “Refinery29 was built in terms of feeling like an outsider in the fashion and beauty world. We believe there’s no one way or prescriptive way to be. We’ve been writing personal essays about women for forever — particularly about how perfection doesn’t exist.” Curating strong voices, giving them real creative control, and targeting that content to niche audiences, Emmerich believes, is simply a smart move in today’s times. For Novak, the idea of changing the visuals of the mental health discussion was important. “When you see a commercial for antidepressants, or stock photos for mental health, they’re very generic, and they give a very generic impression of what people are going through… which is alienating. So having people being themselves and talking about their experiences in their own way really gives more texture to the conversation. It can widen the perspective of what it’s like to struggle with this.”

When asked what kind of voice Refinery29 is looking for in a partnership, Emmerich is keen on originality. “We look for people who are willing to take risks and have something new to say. You hear people say, ‘I want you to have a point of view.’ But everyone has a point of view. What makes yours unique? If it’s something no one has said before, and if you have an interesting way to communicate it — if it’s engaging and entertaining — then that stands out. And that (originality) could stem from anything, from the execution in how it’s shot, to the perspective of the story itself, or maybe the topic is really fresh.”

In the end, Emmerich is most impressed, and inspired, by individual passion. “Time is a hot commodity. So if someone has gone out and made something on their own — knowing that it’s not going to make them rich, or get them a million Twitter followers — but have gone out and made something simply because they feel like they have to put it out there, and are now looking for a partner to build on that original passion, well, that’s when I feel like we can step in, and really, really help.”