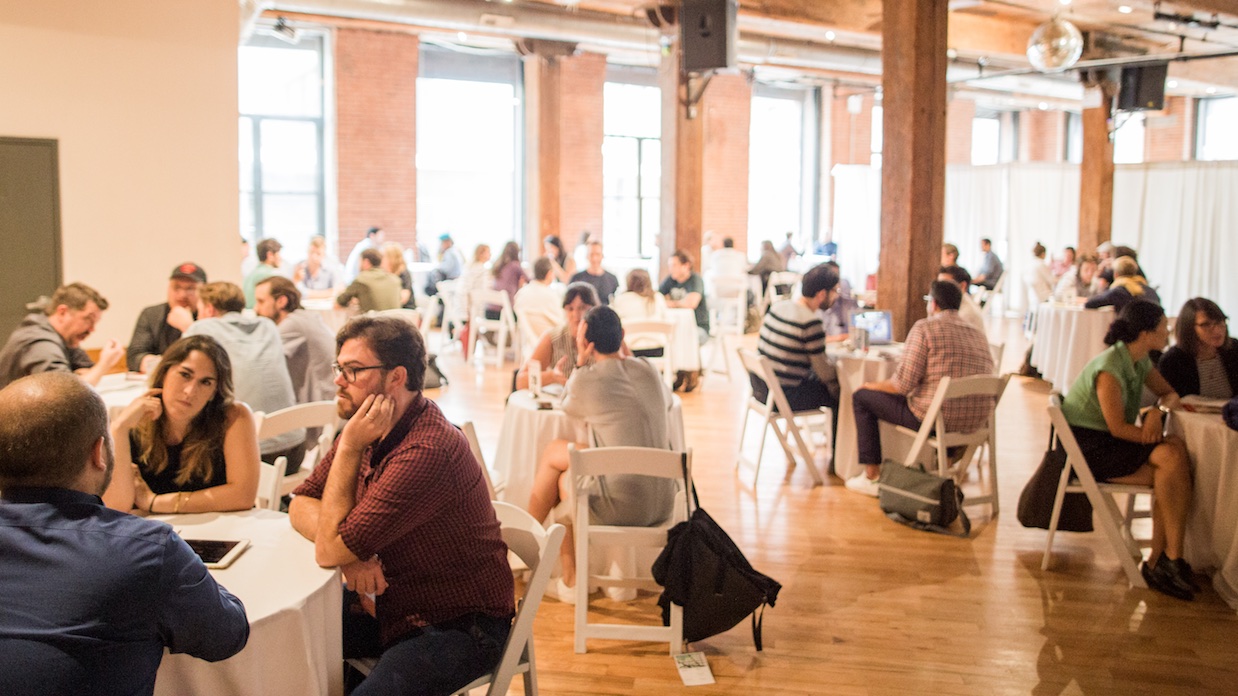 By the sound of it, “languish, from the Latin “languere,” meaning loose or lax, is sexy. It’s old-timey yet coolly sexy: Monica Vitti staring down giant waves in an Antonioni film. Except when used to describe a feature or series in development, that is, when it becomes trouble. Past the giddy rendezvous of filmmakers and industry types at the 2016 IFP Film Week, “languish” is a dirty dirty word no one would touch with a 10-foot boom pole. As participants head back to the trenches and roll up their sleeves, we wonder: will the new connections lead to a walk of shame or a happily ever after?

The zeitgeisty answer? It’s complicated. As Film Week was winding down, the one recurring question I got was, “So, did you get your project funded?” It’s the easy barometer for a project’s success in No Borders. For certain projects, such as late-development projects needing that final 10% budget infusion to start rolling as well as works in post-production, it’s also the most straightforward one. For other projects, however, particularly those in early development (like my third narrative feature, Lingua Franca), success is better measured using a different yardstick, depending on one’s goals coming in.

Creative independence is one such metric, as is the delicate, measured dance involved in achieving it. Meeting with Jennifer Sperber of Pretty ____ Ideas, a New York-based project incubator, made me realize this. Having witnessed too many filmmakers make concessions in exchange for early-stage funding, Pretty ____ Ideas precludes this scenario by covering living expenses, for example, while the filmmakers focus on being filmmakers. Also, by excluding investors, the filmmaker can make crucial early decisions, such as in casting, based on the project’s needs, rather than those of the financier.

I’d gone into Film Week with the mindset that, in order to get your film made, especially if you have a higher budget and commercial aspirations, you should prepare to make creative compromises. That is how the game is played. I think Pretty ____ Ideas is on to something; they could be a game changer. It’d be interesting to revisit their business model as a case study in a few years. I know that they don’t balk at challenging, auteur-driven fare. Their parent company, the sales agent Visit Films, supported fellow Filipino filmmaker Adolfo Alix, whose Adela (TIFF ‘08), a meditation on aging set in Manila slums, wasn’t going to be the next Marvel blockbuster. I don’t know yet if they’ll take Lingua Franca under their wing, but I’m happy that they exist.

How soon should you follow through after a pitch session? In some instances, right away. A case in point: I pitched to Pierce Varous of Nice Dissolve, a boutique post-production facility, on Monday. By Friday, Pierce was kind enough to take me and my producer Darlene on a tour of their Bushwick studio. Pierce gamely played us excerpts of their impressive CV, from Chloe Zhao’s Songs My Brothers Taught Me (a fellow No Borders alum) to Sophia Takal’s Always Shine (which Pretty ____ Ideas helped develop), showed us the new tricks of the Da Vinci Resolve, and gave us referrals for colorists and soundstages, it’s plain to see that their passion for cinema is what drives him and the Nice Dissolve team, what gets them up in the morning. Any filmmaker would be lucky to work with them. As for me, my participation in the IFP Film Week led to a second date, so to speak, a day after it wrapped. I still got it.

Darlene and I walked across the street from the Nice Dissolve studio to the Syndicated Theater and Restaurant, a new fixture in the neighborhood. They were in the middle of a David Lynch retrospective, and Eraserhead was playing. Lynch initially cast the film in 1971; it didn’t come out until 1977. The Wikipedia entry notes that it “spent several years in principal photography because of the difficulty of funding the film.” In other words, it…languished, for a while, until it premiered at the Filmex Film Festival in L.A. in March ‘77 and the rest is history.

At the risk of sounding counterintuitive at the heels of the IFP Film Week, my point is, every single project in No Borders has a unique path to development, a gestation process different from other films. While certain aspects to making your film are beyond your control, such as financing, what you can reasonably attempt to do is create the best possible version of your film with the resources you do have. At the end of the day, no one will care how quickly you got the film made or how big a talent you landed for your lead. But, boy, will they care if you’ve made your very own Eraserhead.