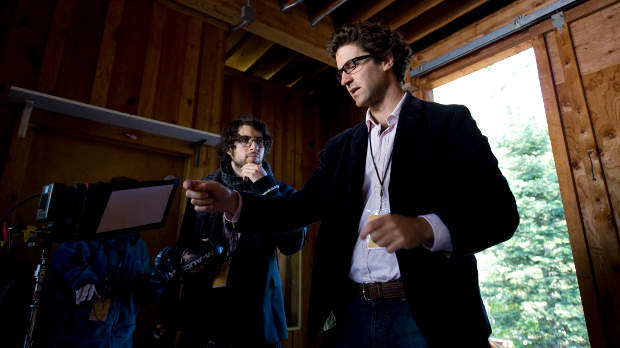 When asked who his professional role models are, L.A.-based d.p. Rob Hauer, who has lensed some of the best shorts of recent memory, cites some obviously inspirational folks, including Robert Richardson, Emmanuel Lubezki and Robert Elswit. “They show a wonderful range and their work elevates their stories, which I’d like to do as well. And none of them had overnight success — they had to work hard to get where they are, like all of us do.” But he cites other artistic influences too, harkening back to his early study as a still photographer at California State Polytechnic University, San Luis Obispo. Naming Robert Frank, William Eggleston and Sally Mann, he also adds a more recent discovery, Phillip Toledano’s photo essay on his dying father, Days with My Father. “He makes wonderful use of natural light indoors, as well as unique framing and capturing a subject in their environment. The camera really tells a story with each frame, and Toledano’s sparse palette makes his photographs even more stunning,” Hauer says.

After taking a year off after college to work as a ski patroller at Mammoth Mountain in the High Sierras, Hauer attended NYU where he met many of the young directors he continues to work with. “It’s been wonderful [to have these relationships],” he says. “Once you establish a shorthand with a director, it just leaves a lot of room open for more creativity.”

Like many of his photographer influences, Hauer’s work is characterized by the use of natural light, well-chosen locations and deceptively stunning compositions. Among his previous strong shorts are Sara Colangelo’s Little Accidents, Alex Jablonski’s Blue Boy and Rob Meyer’s Aquarium. And this year Hauer’s work could be seen in two A-list festivals. His first feature, Amy Wendel’s grittily naturalistic All She Can (previously titled Benavides Born), premiered at Sundance while Topaz Adizes’s intensely intimate Boy played Critics Week in Cannes. The former was “run-and-gun, Super 16mm, doc-style shooting,” he says. “The camera was on my shoulder 95% of the time.” The latter was one of several films Hauer has shot for Adizes, “a simple story with very little dialogue. It’s about a 10-year-old boy’s first hunting experience, and it was a joy to shoot on 35mm anamorphic with a small crew and natural light — just shaping what was there.”

Going forward, Hauer says he hopes he can continue to shoot on film when it’s right for the movie — even as he does commercials shot on cameras like Canon 5D. “My hope is that directors, d.p.s and producers can make the choice that’s best for the film,” he says. “Kodak and Fuji are really competitive right now on the raw stock, as are the labs. Film is actually more accessible now that it was years ago.” Next up: Jared Moshe’s debut feature, a period western set in the Arizona desert. — Scott Macaulay

Photo By: Jonathan Hickerson, courtesy of the Sundance Institute