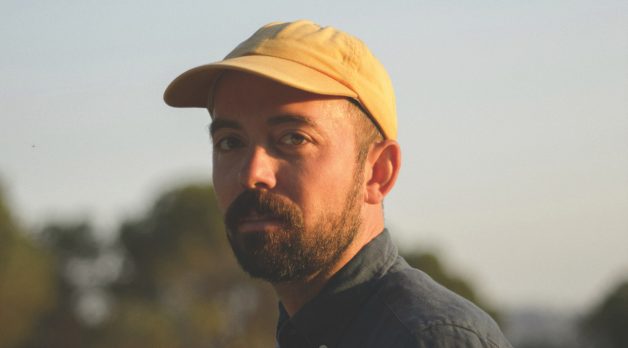 “Well I told him all about it,” writes the Mountain Goats singer and composer John Darnielle in his 1980s-set debut novel, Wolf in White Van. His protagonist, Sean Phillips, is talking to a five-year-old kid at a merry-go-round. “He listened while I spoke, while I explained what I had done, and who, and how, and he nodded at all the right places in the story. And then, of course, when I was done explaining, he asked ’Why?’ which is a tricky question for me since the correct answer is ’I don’t know’: and that’s a hard thing to say once all the cards are right there on the table. But he pressed me on it: ’Yes you do,’ he said. ’You do so know.’”

In Wolf in White Van, that knowledge, that mystery, is a shattering one: Sean is a suicide survivor, having blown off a portion of his face with a gun years earlier. He’s since become the creator of a successful online role-playing game — think Zork or ADVENT set in postapocalyptic America—but the game world proves to be less of an escape than Sean had intended.

LA-based filmmaker Andrew Bruntel knew Darnielle from directing Mountain Goats videos and read the book immediately upon its release. But it wasn’t until he listened to the audio book Darnielle narrated, accompanied by his music, that Bruntel was convinced that he and screenwriters Benjamin Collins and Luke Piotrowski had to adapt it for a feature. Says Bruntel, who grew up in the small town of Lebanon, Pennsylvania, “I was a kid who was creative but also had a sense of isolation and loneliness I could never put a finger on. When you have an overactive imagination, a lot of joy can come from that, but there’s another side. Real life and imagination can blur sometimes.”

Growing up in the ’80s and ’90s, Bruntel taught himself animation and made homemade shorts. He studied graphic design at the Maryland Institute College of Art and, after graduation, interned with director Mike Mills. Research for Mills’s feature Thumbsucker led to connections at The Directors Bureau and soon Bruntel was directing music videos. “Music video budgets were dropping so much at the time that it provided an opportunity for people like me who are used to doing everything on their own,” he says. “I didn’t know that I should have a producer, should have a production designer.”

Clips for Liars and St. Vincent followed, as well as an excellent 2014 short, Mountain Low, that details an unexpectedly sad adventure undertaken by a divorced dad and his daughter on the eve of her moving away with her mom. He’s also working on “an anthropocene science-fiction series” but Wolf in White Van, aiming to shoot next year, is the main priority. Bruntel is connecting with suicide survivors, meeting with SFX makeup people about Sean’s deformity and polishing the script. “I want people to feel a radical compassion for this person,” Bruntel says. “And how do you feel for him when the mystery of who he is is unlocked? I want people to feel empathetic, and that’s something we’ll be working on until the day we shoot.” — SM