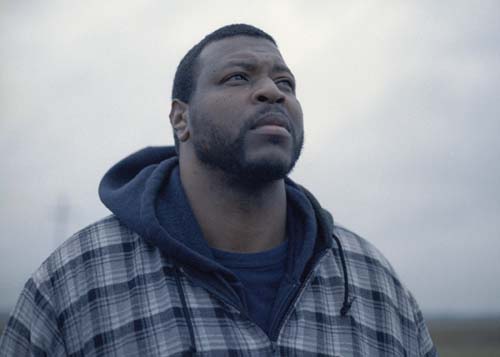 “Ballast” is the very life of life. It observes three good, quiet people as they sink into depression, resentment and rebellion. Then it watches patiently, gently, as they help one another find their futures together. The film has a bedrock reality that could not be fabricated. It was filmed on locations in the Mississippi Delta, and uses actors who had never acted before, but who never step wrong. Few professional actors could convince us so deeply.

But already you are filing this film away to forget. You don’t care about the Mississippi Delta. You want to go see real movie stars. You already have too much reality in your life. You are suspicious of words like quiet, patiently, gently. The film’s own writer-director, Lance Hammer, winner of the best director award at Sundance 2008, does a better sales job in writing his synopsis, where you will find words like embattled, act of violence, emotionally devastated, the fury of a bitter and longstanding conflict. Be honest. Now it sounds less threatening to you.

The film centers on two households side by side on an open flatland. A man named Lawrence (Micheal J. Smith) lives in the house next to his sister-in-law, Marlee (Tarra Riggs), and her 12-year-old son, James (JimMyron Ross). After the death of Lawrence’s brother, they are not on speaking terms. They ran a roadside convenience store and gas station together, but now it stands closed, its gate padlocked, and Lawrence sits at home alone, a cigarette burning itself down in his fingers. James comes to visit him one day.

That’s really all I should tell you. The events in this film arrive when they happen, how they happen, in the order that they happen. The plot doesn’t have “surprises,” just things we didn’t expect to happen. “Ballast” does not take the point of view of any one character. It regards them all. Because they all know what has happened before the story opens, the film doesn’t use artificial dialogue to fill us in. We find out everything in the course of events. You will see how it unfolds the way life does.