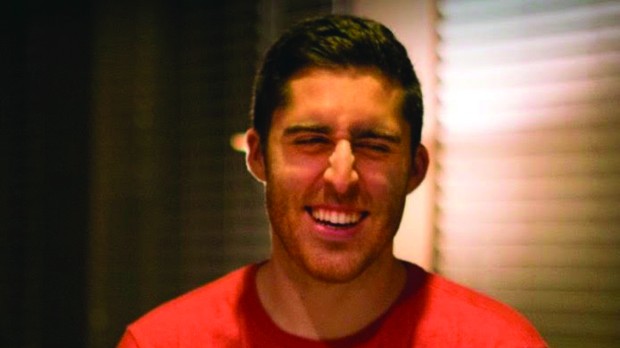 “The most powerful, emotionally shattering debut picture I’ve seen in years,” is how I described writer/director Trey Shults’s Krisha in these pages shortly after it won both the Grand and Audience Prizes at the 2015 SXSW Film Festival. “The alcoholic family meltdown movie for the ages,” I continued, and, having seen the film now twice, I don’t believe my hyperbole was misapplied. Krisha is an astonishing film by a filmmaker who at a young age has developed both extraordinary powers of empathy as well as tremendous technical skill. Shults’s story of a 60-something aunt’s unhinged, drink-fueled Thanksgiving apocalypse is both sagacious about addiction and exuberant about the power of personal cinema.

Shults was the first filmmaker chosen for this year’s “25,” and, back in early April, I imagined his appearance here would be one element of a long-game rescue attempt by passionate supporters like me to ensure that his film wouldn’t simply disappear amidst the thousands that premiere at festivals every year. Indeed, despite the film’s SXSW plaudits, it seemed for a moment that its bleak honesty might be too much for a milquetoast independent scene.

I needn’t have worried. Around the time I set up my interview with Shults, he received news that Krisha was selected for the Cannes Film Festival’s Critics’ Week. Shortly thereafter the film was picked up by distributor du jour A24, who signed Shults to a two-picture deal.

However, all of this could just as easily not have been. Before Krisha the feature, there was Krisha the short, and before that short won at SXSW in 2014, it was a feature that crashed and burned in 2012. Budgeted at $7,000 and with a micro crew, Krisha shot for a week — “the worst week of my life,” Shults says. “I was having a nervous breakdown. Behind doors, I was crying because I wanted to make a movie I knew was dead. That wasn’t happening.” Shults spent two years “re-editing and rethinking” the unruly footage, finally turning it into that award-winning short. He credits producer Justin Chan with convincing him to revisit the feature idea. “It bugged me,” Shults admits, “how I always envisioned the feature and the short definitely wasn’t that, even though I was proud of it. So I rewrote the feature quick, wrangled the troops together, just friends and family, and we were shooting in my mom’s house for nine days.”

Austin-based Shults began his filmmaking career at 19, when, on summer break from University of Texas, where he was studying business, he fell into a job loading IMAX mags outside a volcano for d.p. Paul Atkins on Terrence Malick’s long-awaited doc Voyage of Time. Dropping out of school, he traveled the world with Atkins on more shoots before returning home, crewing on various Austin pictures and working for his dad.

Krisha was inspired by the stories of family members, particularly a cousin who overdosed following a family reunion. For his next film, Shults is again drawing on a family story — his father’s death. “It’s not a straight drama about a guy passing from cancer,” Shults says. “I’m trying to take those feelings and emotions and put them into something bigger. And, yeah, it’s like my version of a horror movie. People ask, ‘Wasn’t Krisha that?’ But it’ll be even more intense than Krisha.” — S.M./Photo by Ryan Booth Film