“I Want the Viewer to Feel Totally Immersed in My World”: Director Francis Lee | God’s Own Country 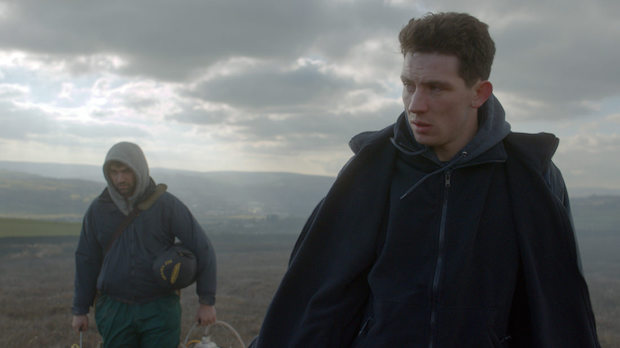 For me God’s Own Country is an investigation into authenticity of emotion and landscape. Having grown up on the same hillside where the film is set, it was critically important to me to communicate what this very specific landscape not only looks like but how it feels, sounds, tastes, smells. The wind, the cold, the rain that gets into your bones when you work outside all day. The daily struggle with the animals that leave very little time or energy to investigate emotion or relationships. I want the viewer to feel totally immersed in my world. I worked painstakingly hard on making sure this world was totally authentic – all the props had to come from the location farm, the costumes had to be bought in the local town, the actors had to work on the farm and “live” the life of the characters in extensive rehearsals. The “soundscape” of the film was exhaustively worked through, orchestrating the wind noise recorded on location. It was the only way I knew how to truly depict this world and I knew there couldn’t be any “holes” in it, as my father, who is still a sheep farmer in Yorkshire, would be hyper critical if I got it wrong.

Coupled with this I wanted to tell a heartfelt, raw, emotional story without sentimentality and verbal articulation. I wanted to see the lead character struggle to find his emotional response to someone he is falling in love with. Unable to fully process those feelings and challenges of first love we all understand. Personally I “escaped” this world as a teenager to study in London, but I wanted to investigate what life might have been like if I had stayed and met someone there I liked.

With God’s Own Country, it was critically important I could open myself up to the whole team, to make myself vulnerable, to invite them into this world I know so well, and to communicate how and why I wanted to tell this story, to not make the easy choices but always to go deeper and further, physically and emotionally.