“Cate Outstripped Us All with Her Immeasurable Enthusiasm”: Director Julian Rosefeldt | Manifesto 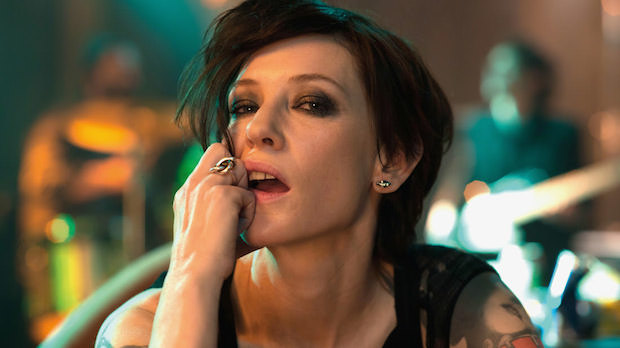 Manifesto was originally planned as a 13-screen installation for the art context, so it is touring museums and art festivals now. But I also got some funding from a German TV channel and I needed to consider how to bring that multi-screen-concept later into a linear version. Given the fact that we only had 11 days to shoot with Cate, the entire project, running in my mind parallel on two different tracks, turned out to be a tour de force for everybody involved. Certainly Cate outstripped us all with her immeasurable enthusiasm and commitment. How do you make dozens of highly complicated texts by furious young artists into performable material for a film? And if these texts are already difficult to digest in the art context, how will an audience at movie theaters, expecting to be taken away by a story, react to these thoughts if there is no story at all to guide them through the film? Instead, just the actor in 13 different characters and situations – and the idea. One challenge was the huge amount of text to be spoken in various accents which Cate had to overcome. She surprised me every day with ideas, emerging from the depths of her profound experience and incredible talent. I have described her before as an artist-scientist, deeply researching on the human condition. Every day was different for all of us, like entering Wonderland, encountering an entirely new world and character. I hope that even without “a story” the fire in all these manifestos sparks new ideas. And I hope the film encourages people to speak up against this new and dangerous trend of proliferating populism in our society. To quote Cate saying André Breton’s words in Manifesto: “May you only take the trouble to practice poetry!”