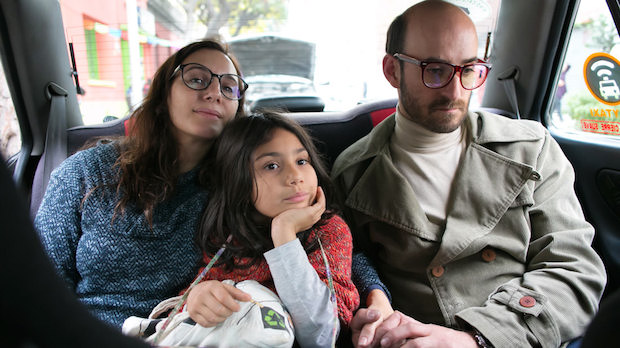 Since we were two directors on set, which is unusual, we had to deal with the challenge of communicating with the crew and actors as one single voice. We created a method. There were days when one of us had the director’s cap and the second director had to refrain from talking to the cast or crew directly and had to go through the first director. A bit like in a game of Chinese whispers.

Quickly we started bending the rules. And the second director had one go to do something different when a scene or shot was finished and there was some time left. Soon we started directing in stereo. There was complicity derived from a long friendship and common tastes, which led to a nice share of mind reading and coordination while speaking. It also felt good to watch in silence for a while and let someone else do the talking. You rarely get to see a director at work during weeks on set when you are a director.

By having the chance to watch so much without the permanent push for decision making you have when directing alone, it became clear that sometimes you don’t need to verbalize something you want on set for it to happen.