“The Notion of Truth Is Being Challenged”: Director Peter Nicks | The Force 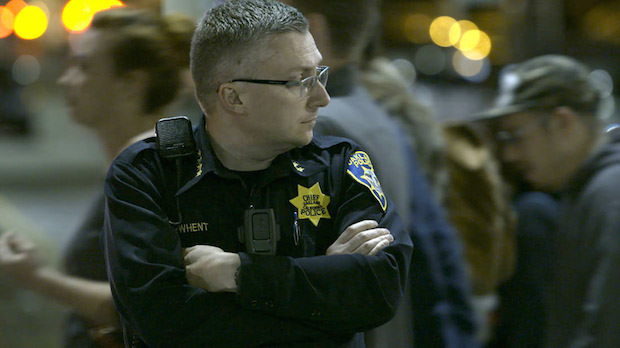 This year, perhaps more than any other year I can remember, the notion of truth is being challenged.

We are creating fences around ourselves – virtual fences built from social media circles that reinforce increasingly segregated belief systems that have led to great division in America.

In this environment, artistic expression is more important than ever, especially when tackling themes and subjects that audiences approach with their minds already made up. Few subjects are more divisive this year than “Black Lives Matter” and the issue of police accountability. We knew this going into the project and had to ask ourselves constantly whose story we were telling. Whose truth would we hold?

My approach to this dilemma is to force myself as a storyteller and observer to consider alternate points of view in this messy story and resist the temptation to place one human being in a morally superior position than another.

This year, more than any other year, the act of cinematic expression is vital. More and more cinema reflects the diversity of the America. This is the best hope we have to break down the fences that surround us.