Finding the Storyline in a Documentary Short (Or, Do Short Docs Need Narrative Arcs?) 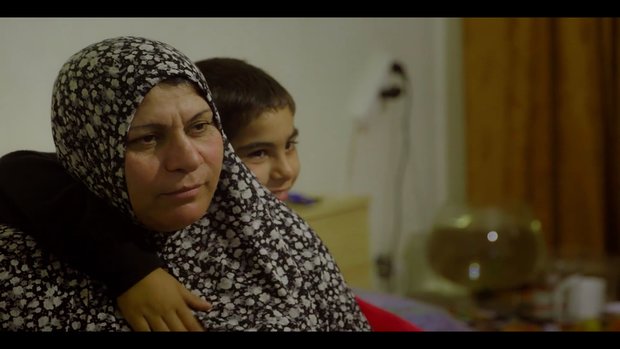 by Paula Bernstein
in Director Interviews, Filmmaking, Post-Production
on Feb 9, 2017

When you announce to the world (or at least on social media) that you’re making a short documentary, you’re bound to be asked the obvious question: “What’s it about?”

As any documentary filmmaker can tell you, there’s a short answer to that question and a long answer, depending upon who is asking and how much time they have to spare.

In the case of my short documentary film in-progress, Sole Doctor, the short answer is, “It’s about George, an African-American shoe cobbler who has owned a business in Portland for over 50 years and is getting ready to retire and pass it on to his son, Joshua, a former modern dancer.”

For the longer answer, I usually start with the short answer. Then, if the person asking still seems interested, I’ll explain that it’s a generational story about a black-owned business in quickly gentrifying Portland.

My goal is to allow the viewer to feel like they’re at the shop spending time with George and Joshua as they’re working, bantering, and chatting with customers. I don’t plan to rely on voiceover or explanatory text to lead the viewers to any clear conclusion about what they’re experiencing. 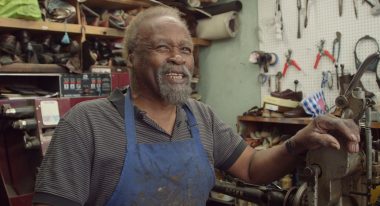 I’ve edited down my footage enough to see that there is something there, but I can’t yet identify a clear narrative arc. I’ve got two characters and a strong sense of place/setting/backdrop. There is no “plot,” per se, but I can see overarching themes developing.

Is a narrative arc even necessary in a short documentary?

Block explained that there are two types of documentary shorts: the “short shorts” of 15 minutes or less “where anything goes. No need for narrative arc whatsoever.”

Phew. That’s what I was hoping he’d say!

The same can’t be said of the longer short, the Oscar-contending short, which is generally between 20-40 minutes. In those cases, Block said, “the expectation is for a satisfying narrative arc.” Of course, that leaves shorts between 15-20 minutes in limbo, “too long for festivals and too short for Academy consideration,” he said.

Block added, “You hope for a narrative arc before filming and try your very best to get it while filming.  It can be elusive and go in surprising directions, of course, and editing can certainly help bring it out. But you need to be thinking about it all the time from the earliest stage.”

For a longer short, the pacing “doesn’t differ at all from a feature-length doc,” said Block, but with a short short, there’s more flexibility. “It could be similar to a feature’s pacing, it could be much quicker, or it could all be one single take. All bets are off,” he said.

This is great news for me since, at the moment, the plan is for my short to be under 15 minutes.

When I ask award-winning documentary filmmaker Marshall Curry (Street Fight, Racing Dreams, Point and Shoot) if I need a narrative arc for my short, he said, “It’s not essential. But, of course, it would be a stronger piece if there were some over-arching plot points.”

It’s a great idea, in theory. George continually says he’s retired, but he continues to show up for work (though not quite as regularly as he used to).  Who knows when and if George will officially retire? Then again, by the time I’m done with this film, George might finally retire, so it might work as the perfect ending after all.

Find a film you can use as a guide.

To get a sense of narrative structure and pacing, Curry suggested I find a film that I can use as a guide.

“A lot of times, I will watch a film and then write down minute-by-minute all of the beats so I can get a distance from the experience of watching it,” said Curry. “I like to see how it’s built and at what points conflicts and characters are introduced and where the wires and the hinges and the seams are that hold it together.”

I told Curry that I had been watching a ton of documentary features and taking notes, but “because mine is a short film, in terms of pacing, they feel like apples and oranges.”

Curry suggested that maybe I’ve “internalized the structure of a feature” and suggested I study shorts, in particular. I took his advice and watched a number of recent acclaimed short documentaries, including Tamar Kay’s The Mute’s House.

The Mute’s House takes place in building in Hebron which has been abandoned by its Palestinian owners except for a deaf woman and her 8-year-old son, Yousef. Set against the backdrop of the Palestinian-Israeli conflict, Kay’s film focuses primarily on the endearing and playful Yousef who is caught between two tense worlds and yet amazingly…seems happy.

Though it’s a feature documentary, Garrett Zevgetis’s Best and Most Beautiful Things is also primarily character-driven, focusing on 20-year-old Michelle Smith, a legally blind woman who is on the autism spectrum and involved in the kink scene.

I reached out to Kay and Zevgetis and asked if it’s necessary for a documentary to  have a narrative arc or if a strong character, setting, and theme are enough to hold the viewers’ interest.

Below are their (slightly edited) responses:

Part of the fun, beauty and challenges of making documentaries is that the narrative arc isn’t exactly in the hands of the director. Hitchcock was known for saying: “In feature films the director is God; in documentary films God is the director.”

This “half-joke” has a truth to it in the sense that surprises are part of documentary filmmaking. In many cases, filmmakers find themselves needing to respond to a situation that is happening “live,” without the ability of having, as in fiction films, various takes or without the knowledge of where things will go.

To be honest, while working on The Mute’s House, there were moments that I was a little bit concerned about our narrative arc. The film tells the story of a remarkable child, living a life full of conflicts, as the only child of a deaf mother, who deals with physical disabilities and as the son of a father who’s a semi-criminal, who’s in and out of jail. As if that isn’t enough, he’s a Palestinian child living on the border between the Israeli and the Palestinian border in the tense city of Hebron. A life full of conflicts, full of struggles.

I’ve heard from some teachers in my film school that I must establish, like in a narrative film, a main conflict that my leading character will have to deal with during the process of the film, when in the end, he will resolve it, in this way or another. I always argued that in a situation like Yousef’s, whose life is full of conflicts and contradictions, I can’t and don’t want to create an external conflict. Rather than focus on the “classic” approach to narrative arc, I decided instead to emphasize the emotional arc.

In order to design this arc, I asked myself a few questions: What is the emotional process I feel that Yousef is going through in the period of shooting? What is the process I want the viewer to go through while watching the film? How do I want to reveal the many layers of the story?

This “emotional” arc, that became our narrative arc, was mainly established in the editing room. However, the editing process started parallel to the shooting. After every shooting day, Shira Mazuz, the film’s editor, and I watched the rushes in order to learn what worked well and what didn’t, in order to make the next shooting days more focused and also to start to understand the arc of the film. In the middle of shooting, we started cutting and building the structure and order of scenes. Through this process, we discovered our general arc somewhere in the editing room, when we had half of the material ready and we started playing with it. 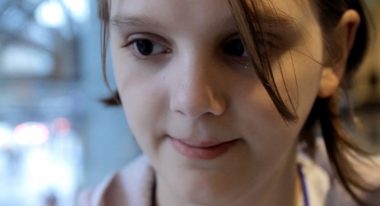 Best and Most Beautiful Things

I don’t believe it’s necessary for a documentary to have a narrative arc because the genre of documentary is so expansive, but the type of documentaries I want to make will have always one. That’s because it’s the best way to have the audience lose themselves in the story. Our esteemed editor, Jeff Consiglio’s mantra is: “take them on a magic carpet ride.”

With Best and Most Beautiful Things the starting point was theme. I knew I wanted to humanize someone with a disability to help eliminate the “other” so I contacted Perkins School for the Blind, which was a school nearby. Next I needed to find a character the audience would fall in love with so I volunteered at Perkins for the Summer to get to know the students. I had faith (naively perhaps) that I’d find a compelling narrative arc, but I at knew at least that graduation could be a decent ending.

I think it’s crucial to consider the narrative arc before filming and every step of the way. And yet it’s just as crucial to be willing to change the arc as events play out. With Best and Most Beautiful Things we were going to end the film when Michelle graduated Perkins. However, two years into filming we heard about “The Cliff” that happens when these students with disabilities graduate into isolation. After consulting with our lead producer, Ariana Garfinkel, our executive producer, Kevin Bright, our editor Jeff, and the rest of the team, we decided to follow Michelle off that cliff, and thus the arc became Michelle’s journey to independence. The truth is, in the future I won’t be as passive in hoping I find a narrative arc. I will do my job as a director and direct the story to a compelling arc. It took my two years of filming to figure that out.

With new insight and guidance from these documentary pros, I’m diving back into editing with confidence that my short documentary will be short enough that it doesn’t need a classic narrative arc. That said, I realize that I still need to find a satisfying beginning, middle, and end.