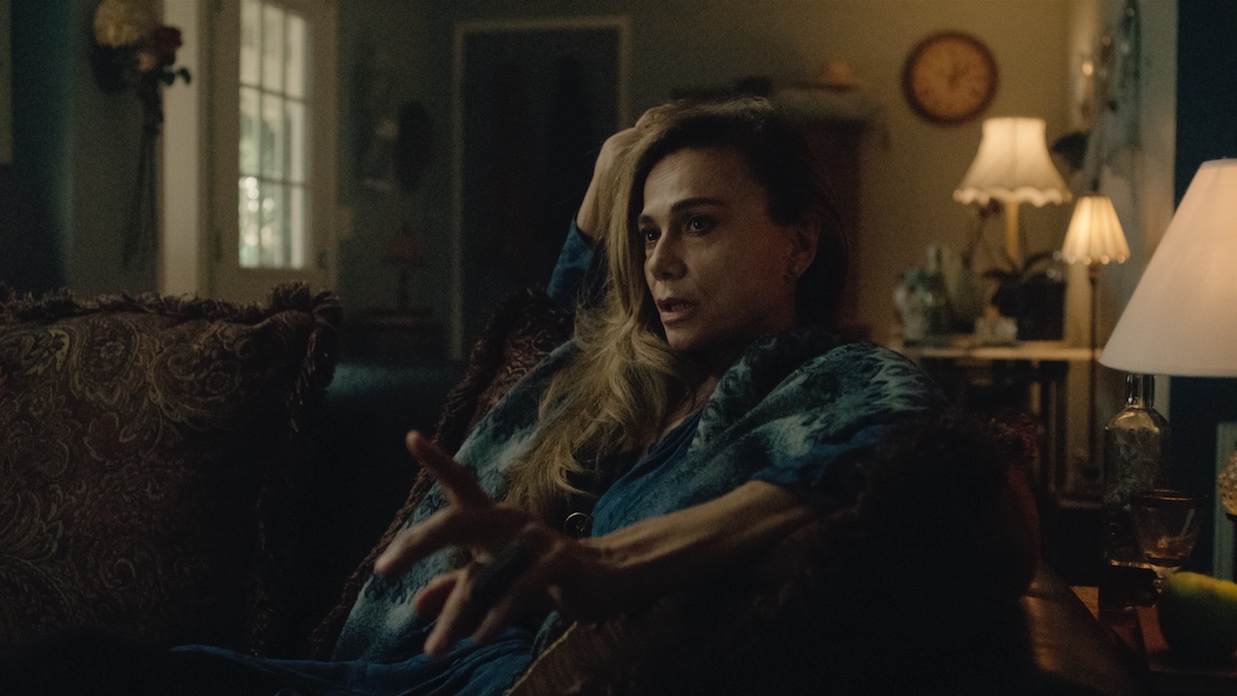 Set in the literary world and dealing with a dying poet and novelist with an unusual end-of-life proposal, the Lena Olin-starring Maya Dardel is directed by two filmmakers who know something about the world of their film. Magdalena Zyzak wrote the recent novel The Ballad of Barnabas Pierkel as well as co-wrote and produced the feature film, Redland. Zachary Cotler is the author of five books of poetry, fiction and literary criticism, and he’s a graduate of the Iowa Writer’s Workshop. In advance of their film’s premiere at the 2017 SXSW Film Festival, they’ve each penned an essay inspired by thoughts on the difference between creating literature and directing a film. Below is Zyzak’s contribution. Read Cotler’s here.

Writing meant to him an unequal contest with indispensable objects. This is the sentiment of Ilya Borisovich Tal, suffering writer and protagonist of Nabokov’s “Lips to Lips.” Tal/Nabokov means: it is often more difficult to accurately describe a woman picking up a bottle of soap, squeezing a gobbet of soap onto a plate encrusted with day-old polenta, taking a sponge from the tide-pool of filth in a nearby pan, rubbing at the polenta, giving up, putting the dish in the dishwasher though she knows the remaining polenta will only bake on and become a semi-permanent reef….

Unfortunately, just like people, characters have needs. They sleep and eat, and though a lot can be omitted, some rooms still have to be traversed, shoes laced, boats sunk, cars assembled (a mania to name each object in a given room, from sockets to muntins, must plague many writers). A character is like an enthralling lover who’ll betray you as soon as things become domestic. Many tragedies transpire next to a sink or a garbage chute.

When I directed my first film, I felt a surprising relief: of my responsibility to single-handedly depict the world. The contest was equally unequal, but less solitary (shared with actors, crew) and the objects were objects, not words. They had shapes, arrangements, values. They were lit and transformed by the cinematographer’s lenses into an appearance of themselves. As someone who had only created before in the “two-dimensional” world of print, I had been gifted an extra dimension.

Directing has taught me how easy it can be to have a woman wash some dishes. All I need is a production designer to create some realistic looking mess (buying materials to “make” a mess in a world with too much mess and not enough money is a disturbing, if humorous, profligacy) and apply it to the dishes. Their tactile reality and the actress handling them solved the rest. The muscle memory from whatever grand hours she had previously spent, in life and on set, by the sink, provided the experience to perform the desirable action. This can be filmed, recorded, edited, graded and mixed, resulting in a mimetic fidelity more accurate than anything I can write.

And yet, hopelessly bound by laws of optics, gravity, governing economies, changing weathers, bodies with physiological needs, film presents a separate set of problems. Directing meant to her an unequal contest with unaffordable objects. Imagine I want a scene with, let’s say, a child blithely watching 100 African bush elephants galloping toward her across a flood plain. Having yet to see a credible CG animal in a serious film, the mere thought puts me to flight, back into the safety of the novel, wherein dishwashing is more tedious than dishwashing, but elephant stampedes are free.

(Editor’s Note: This post has been amended to note the film’s title change from A Critically Endangered Species to Maya Dardel.)