Jon Nguyen on David Lynch: The Art Life, How Twin Peaks Delayed Production and the Downside of Kickstarter 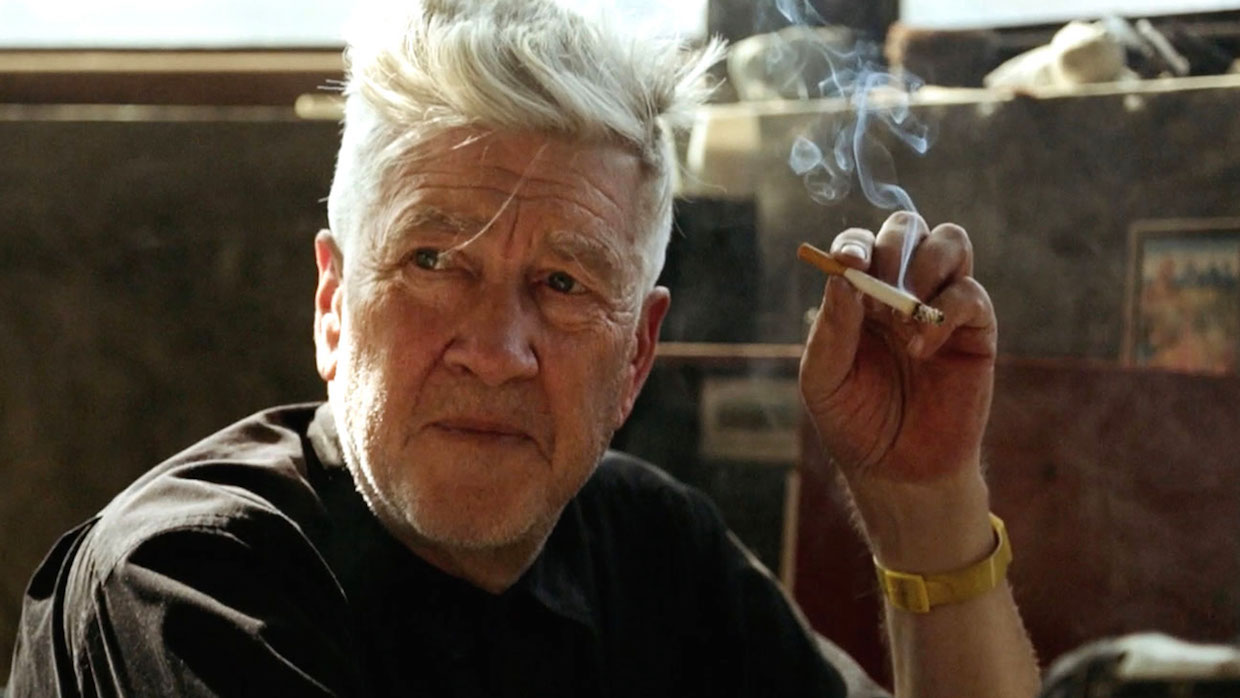 by Ariston Anderson
in Director Interviews, Directors, Interviews
on May 17, 2017

While David Lynch fans eagerly await the premiere of the new Twin Peaks on Sunday, a documentary that peers deep into the iconic director’s life is currently making its way around theaters across the U.S.

After premiering last year in Venice to rave reviews, we caught David Lynch: The Art Life at the American Film Festival in Wroclaw, Poland toward the end of its festival circuit. The film will play local dates this summer before being sent out to the film’s thousand-plus Kickstarter backers who have been waiting on the documentary since its 2012 campaign.

The documentary explores the events that inspired Lynch to become an artist, following the path of his childhood to his life as a promising art student, all while watching him at work in his large home studio in Los Angeles today. Lynch, who rarely speaks directly on the subjects of his films, allows the viewer to see a new part of him in the film, opening up on personal stories from his own loss of innocence to his periods of agoraphobia.

While much of the film pares Lynch down to his three necessities — coffee, cigarettes and painting — Nguyen expertly allows the viewer to connect the dots between Lynch’s own struggles and subsequent body of work.

We spoke to Nguyen about the benefits and drawbacks of using Kickstarter to make the film, the root of anxieties in the films of Lynch and how he collaborated with one of the great American filmmakers to create a truly unique documentary.

Filmmaker: How did you approach Lynch to make the film?

Nguyen: I had a couple of friends who worked for David, so I went through them. Surprisingly he agreed; I didn’t think he was going to say yes. He agreed. When we first interviewed David he had his arms crossed with a cigarette, and he was more closed off. Over time we got closer and closer to him. Over two and a half years we conducted interviews up at his house, hearing about his whole life and personal life story, up until he became a filmmaker.

Filmmaker: How did it work having three directors on the project?

Nguyen: I’m the main director. Olivia, she’s also the editor and the director. I brought her on board as a director at the end of the film, because she had contributed so much. So it’s kind of like a thank you. And then Rick Barnes is an alias that I can’t say who it is, but he was instrumental in making all this stuff happen. So really it takes people. And I wanted the people who made it all possible who made the film to get credit.

Filmmaker: Would you use Kickstarter again? Was that a positive experience?

Nguyen: I don’t think I’d use Kickstarter again. The problem with Kickstarter is all of a sudden you have a thousand producers. And a lot of people don’t understand the business side, so there’s a lot of communication you have to do. So actually it’s a lot of work. They think that when a film is done, they should get the film, but they don’t realize it has to do the festival circuit. And then when the film gets released in the territory, we can’t just hand out the film. So you are working with a lot of demands, a lot of different people. And then when you go off schedule it’s not just one producer bitching, it’s a chorus of people, from the ones that gave $15 to the ones that gave $10,000.

Nguyen: Yeah, just writing to us, complaining. I understand where they are coming from, but it’s hard, like I said, to have a thousand producers you have to deal with. I mean, it’s very rewarding because you get the money to make a film, but with our film, whenever we had setbacks, sometimes the setbacks are kind of private.

Filmmaker: Because the film kept going off schedule?

Nguyen: Yeah, they wanted to know what the holdup was. And of course, when I did the Kickstarter I foolishly said, “The film will be done in a year.” That’s what I thought. But we hadn’t begun filmmaking yet. The process takes on its own life. All of a sudden David is on Twin Peaks and our schedule is out the window. He was doing all the work preparing Twin Peaks. So there were months that went by where we didn’t have access. And of course, at this time we couldn’t disclose that he was working on Twin Peaks. We just kept saying scheduling problems — which was the truth, but we couldn’t get into detail.

Filmmaker: Where did the remaining budget come from?

Nguyen: I’d say half of the budget came from Kickstarter. The other half came from people on the project. I work with all professionals in the post-production process, and a lot of them were big Lynch fans who donated time. Like the sound designer, the editor, everybody came because they were Lynch fans.

And once again, we had to work with people when they had pockets free. It wasn’t like, “I can book you for a month or two months.” It was like “Oh, I have a weekend here to go and do a little sound design.” “Oh I have a weekend in four weeks,” so it stretched everything out.

Filmmaker: Why did you decide not to include interviews with other people in Lynch’s life? Was it always going to be just interviews of Lynch?

Nguyen: We had interviewed his friends. David sometimes complains that people get the story wrong, and I felt like we had such a special kind of access, it felt like, let David tell the story to get it right. Because it was so intimate, it would be nice to have the story be just David’s voice, instead of having the story distorted with other voices coming in.

Filmmaker: How instrumental was he in the filmmaking?

Nguyen: He granted us the interviews. He let us into his painting studio. He was working with us for two and half years, which normally is just him. And then he gave us access to all his family photo albums, which is like 1000 photos from his great-grandparents all the way back. He’s never really opened up all these books to anybody. Then he gave us access to all his artwork. So when that happened, I was like, “It would be nice to tell a story.” We tried different mediums. We tried animation. We tried lots of things, but we thought, “Let’s just make a film that’s more pure David.” We even use his music in the film. It would be more pure to David to let him do the talking, let his family photos be the visuals and his artwork tell the story, combined with music.

Filmmaker: Did he have to approve the final cut?

Nguyen: Yeah, he watched it three times. He never once cut out any of the interviews. The only thing he would suggest sometimes was, “It would be nice to hear about…” But he never censored anything, which is great. When we went the route that we went with the whole anxiety phase that he went through, I thought maybe it might be too private. Because he was telling me a lot of things and I thought, “Who knows what he told because he forgot the recorder was on and just told the story.” But at the end of it, he didn’t censor one thing.

Filmmaker: Was it shocking for you when he opened up so in-depth about not being able to leave his house?

Nguyen: I have never heard that story in Boston before. But when his dad dropped him off at school he sat on a chair and listened to the radio, not getting up except to use the bathroom or get food. That really showed me a lot about him that makes sense. I thought, “OK, his films have a sense, a mood of anxiety. That’s why his films can duplicate that mood so well, because he might have gone through some of it.”