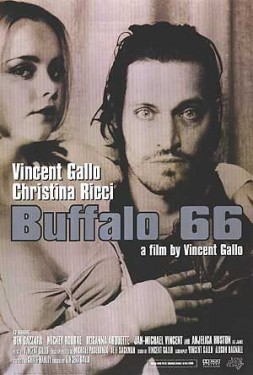 This week on the blog I wrote a post asking what independent films made young audiences fans of independent film. Below are responses from writer, actor, director and musician Evan Louison.


Buffalo ’66. I was 15. Particularly for the quiet, for the musical numbers, and for the paleness and stillness of the winter depicted. Particularly for the dinner table scene. I felt like I understood, or better like someone else did. I was in private school, and wrote a paper on it that got me called in after class. I don’t know what happened. They had a thing with strange kids. I think they wanted to know if I was gay or on drugs.

julien donkey-boy. I read about this in the Times when I was in private school and knew I had to see it. It wasn’t available except for in the city and I only stayed there on weekends to see my father, and I ended up missing it. I also don’t know if I could have convinced my father to bring me to see it. I had seen Kids (which I feel like every 15-year-old in private school probably loved — having rewatched it recently I only really like the dialogue), and ended up finding a VHS copy of Gummo in my local library somehow instead, what depraved/brilliant mind ordered that in a community of rich liberal Jews & prude Episcopalians I’ll never know, but I’d love to meet them. I didn’t understand it but liked the music, and the stills, and was all the more obsessed with finding and seeing julien. I remember thinking it made me nauseous. I was 16. Eventually I did see it, and only cause someone I was in a band with had IFC on cable and was flipping channels and I saw an image of someone crawling up a staircase on their hands, and having never heard of that part of the film before or seen one frame of it, I told them to stop, said, “That’s julien.” I was right, and I’ve been grateful ever since. I’ve probably seen it 100 times.

Woman Under the Influence. I was 19. There was something in the things they said to each other, that made me feel like I’d heard it before. There are a lot of crazy Italians in my family. That moment with them on the stairwell, with her dancing swan lake in the garden, the children naked, his mother. The moment with Falk on the phone to the doctor, so red in the face, and how the night just ends, he tells the kids, “It was a rough night, but we got through it,” and that’s it, they just go to bed. Incredible. Oh, and the spaghetti. Always, I remember the spaghetti.

Instrument. I was 19. It made perfect sense that this could be something I could do, both what was on the screen and what brought the images to the screen.

Mikey & Nicky. I still cry every time I see Falk walk up to Ned Beatty sitting in the car and call out his name. I’ve never understood or grown immune to betrayal. I was 20, and I watched it with someone under a blanket, an old VHS that made the graveyard scene look like pitch black, only their voices under the blanket with me and my friend. It wasn’t till years later I realized you could see them walking through the headstones in the darkness. I think I prefer it my way.

Hi Mom! (or Confessions of a Peeping Tom). This thing is totally off the wall and made me feel like you could still do something completely free in NYC even though they did it 40 years ago, and I couldn’t wait to after I saw it. It made me want to go and make something right away, not waste a second. Also, I think DeNiro looks like my dad in this one, and I even played a joke on my sister one time by putting it on and telling her and her friends, “Look, dad was in this movie!” She believed me for a second. It’s scary. I was 21. — Evan Louison