Commercials: Acting School for the Rest of Us 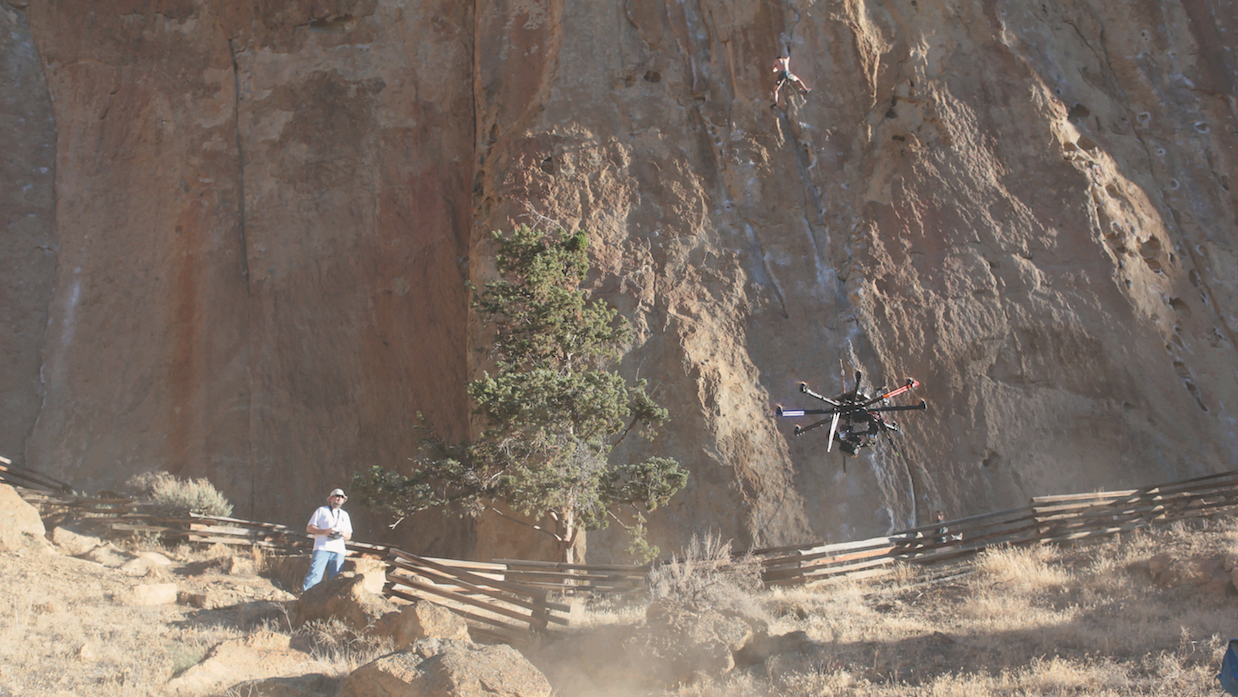 by Sean Porter
in Cinematography, Columns, Filmmaking, Issues
on Jun 16, 2017

I didn’t work in the ad world for a long time. I remember always being a bit jealous of my DP friends who somehow found their way on that path early on, usually through music videos. I dabbled in music videos but kept coming back to to narrative shorts and crewing on features instead. Years later I was shooting features of my own. Meanwhile those DPs had really gained ground in commercials, shooting for Mercedes, Nike, Adidas. Anytime we’d catch up, the grass was always greener: “I want to shoot ads!” I’d say. “I want to shoot movies!” they’d say. And we’d part ways and stay on our respective sides of the road, always curious, but each stuck in our own lane.

Commercials are such different beasts, and for a long time I didn’t get it. I was so deep in narrative filmmaking — crafting images from a script where tone and character really drive the decision-making. To me commercials were making pretty pictures for the sake of making pretty pictures, most of the time without much (if any) context. Only halfway joking I’d ask, “But what’s my motivation?”  What’s happening with these characters — where have they been and where are they going? My images are there to help give meaning to the complexities of a relationship, or the inner struggle of a protagonist. If I was asked to light a dog eating a bowl of dog food, how could I possibly know where to begin? What’s happening in the emotional landscape where this scene exists?

Okay, maybe a dumb example, but you get my point. Narrative filmmaking trains you to work in a very specific way. Even when shooting a documentary and working on the fly, you inherently understand the tone, the direction, the weight of the moments you are capturing and you make substantial (albeit sometimes minute) adjustments accordingly. Every decision is in response to a question that is answered by the script, the character and the direction. It’s never just to “make it look good.” I just didn’t understand BS’ing my way through that process. And so shooting ads naturally didn’t seem like a good fit. Maybe some guys and gals “just got it” and could show up with lights and make stuff look slick and pretty and didn’t need to ask questions. Whatever. Many moons passed, and I kept working in movies. Then I started having kids.

By the time my second came around (now about 15 months) the prospect of leaving my wife  — effectively a single parent — at home (more precisely our off-grid trailer) for months on end while I threw my whole being at a feature started to take its toll. I started to remember some of my heroes and their famous departures from movies around the time they had families: Lance Accord comes to mind.  It was either evolve, separate or perish – because unfortunately our industry isn’t super-concerned about the well being of our families (where’s on-set child care by the way?). Beyond that, if you are truly going to be successful as a feature DP, you’re shooting a lot of movies, and as the movies get bigger, you are gone for longer and longer periods. Pretty soon your significant other has figured out how to live without you… and when you are home, well, they can’t really live with you. I don’t think there’s a statistic for divorce rates among DPs, but I imagine it’s not good. To quote my fellow DP Ryan E. Walters, “There is a reason why alcoholism, drug use, infidelity, and divorce are rampant in the film industry.” Not many DPs and their families can sustain the emotional strain each successive film demands, and it doesn’t get any easier as the kids get older.

Enter the blessing and curse of the commercial.

I decided I wasn’t going to let film destroy my personal life (although it’s a beast that doesn’t take the word “no” any better than my infant), so I aggressively started pursuing commercial opportunities. My early foothold came from a good friend, Christian Hansen, who had become a talented commercial director and photographer. I had just finished Kumiko, the Treasure Hunter and my wife and I were mid-America with our travel trailer, having abandoned NYC for the golden state. He had a commercial he wanted me to shoot, a campaign for Travel Oregon where we’d mostly camp our way through two weeks of sunrises and sunsets shooting all that Oregon had to offer. “Well, I think I could get into that,” I thought. So began my venture into the agency and client-laden, more-money-than-time, we-want-art-but-not-really world of ads — and I gotta say, it’s not as bad as it sounds.

You meet a lot of people. Fast. So far every new client has taken me to a new location with a new crew. You don’t always have your regular feature guys to rely on, and even if you did they may not be the best choice for the ad world’s demands. And there’s no time to interview, so you get a bunch of CVs from the producer and you sort-of start making gut decisions. I also tend to lean on my local producers heavily for recommendations. So, the good news is you get a chance to build a much larger personal network of crew, all over the world. The bad news is you rarely get your crew-comfort-zone. You’re forced to explain your work style over and over again, every couple weeks. But you will get better with practice.

Money > Time. Features are sort of the opposite.  Since crew, camera packages, locations and every other cost is magnified by a four, five or eight weeks shooting schedule, I’m usually asked to “pare it down” all the way up until we roll on the first day. And then again toward the end of the first week! But on a movie you will have time to make those decisions — to weigh the pros and cons of a location, or work with the AD to master a schedule that takes full advantage so you don’t need as much lighting or crew. Well, not so much on a commercial. You come in with a day or two of prep, and you just received the treatment the night before. The locations have already been chosen and the schedule is packed. The only conversation to be had is, “How do we get this done.” Remember “fast, cheap or good”? Well, this is all about fast and good. So you have to apply a completely different mindset. It usually entails larger crews and more gear because you will inevitably get stuck shooting a “late-afternoon” vignette at noon. And that’s just one of five locations for the day.

You retrain your brain. Now I don’t have to answer those silly questions I couldn’t get past before. You learn to read the treatments as if they were full-length scripts, and usually they are even more a direct blue-print for the finished project: they include photographic references, design references as well as comments on the tone and desired approach to making the work. (In some ways a feature “treatment” from a director could be very useful in getting a bird’s-eye view of a feature. I’ve seen a couple of lookbooks that sort of approach this idea.) But it’s the approach sections of a commercial treatment I find very insightful — how a director envisions turning the idea into reality, whether it’s through street-casting, or using a second camera to catch spontaneous moments, or pushing really hard for those all-important extra days to ensure the ad will transcend what else has come before it. It’s a simple paragraph into the director’s head and it speaks volumes. By the time I land I feel like I have a handle on what their goals are for the project and how best to support them. And of course, beside the treatment there are clues as to how it’s supposed to look and feel and you start to tap into the micro-narrative that’s going on. I’ve been shooting commercials now almost exclusively for seven months, and I’m starting to get worried going back will now be difficult!

More than anything though, I think commercials are a great training ground.  When you are an actor, your training allows you to fully deploy your toolset under any circumstance. You might be asked to perform a heart-wrenching scene while only being able to utter a single nonsensical word, phrase, or the alphabet — all the while standing in a black box with zero context.  And you begin to understand that it’s not what you say but how you say it.  I think for a DP and especially a director, ads are our acting school. It may be a bowl of dog food, but to get the idea to land is the challenge: to get the actor (or dog) to nail the moment, to get that camera move just right and the lighting just right to tell that particular story, hit that particular beat — well, that’s our thing. Those are our tools. And whether I’m applying my skills to support an Oscar-nominated actor’s performance or to make a plate of food look all the more delicious, it’s all about the craft.

PS. If this column has been remotely useful to you or your world as a filmmaker and there’s a topic, idea, or issue you want to hear about, let me know. AMA.