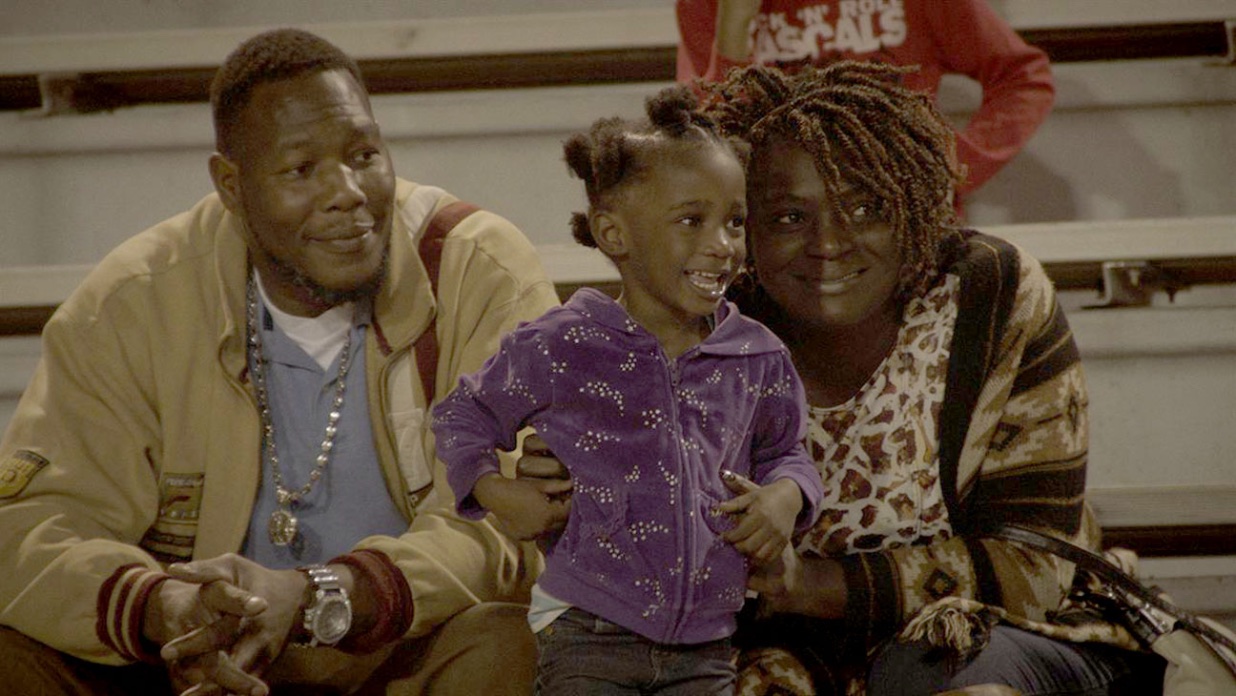 Life and Nothing More

Last year, it was possible to pick up a bar snack named after Monica Bellucci during the San Sebastian Film Festival; this year cinemagoers at the most prominent event in the Spanish-speaking film world could see the real deal, as the actress arrived in town to pick up a Donostia Award for lifetime achievement. Ahead of the ceremony, she said: “I think that to receive a prize is not just a matter of ego, but a matter of love… My work is a way to know myself better.”

Bellucci was one of a clutch of stars on the red carpet throughout the week, including Argentine superstar Ricardo Darín — also in town to pick up a Donostia and to support his latest film, La Cordillera (The Summit) — and Glenn Close. The actress, who received the Donostia in 2015, puts in a career highlight performance in closing night film The Wife, as a woman reconsidering her life and the choices made by her and for her by society.

James Franco was also in the northern Spanish resort for the festival’s 65th edition, alongside his younger brother Dave, to promote The Disaster Artist, which went on to receive the top award of the Golden Shell. As Filmmaker‘s Vadim Rizov noted out of Toronto, the film is a solid comedy and the role of no-budget director Tommy Wisseau suits Franco to a T, but I admit being disappointed that there weren’t more plaudits for a film without the same Hollywood star power, the slow-burn independent drama Life and Nothing More. Antonio Mendez Esparza’s film took home the FIPRESCI critics prize, and, set within a Florida African-American community, it is likely to draw comparisons with Barry Jenkins’ Moonlight. But though similar themes of coming of age, motherhood and prejudice are present, and the filmmaking is every bit as accomplished, Life and Nothing More is a slice of moving and immersive contemporary neo-realism that deserves to be celebrated on its own merits. Esparza, whose previous film Here and There (Aquí y Allá) won the Critics Week Award at Cannes, pulls off a similar feat to Chinese filmmaker Chloé Zhao with her U.S. reservation drama Songs My Brothers Taught Me, his outsider status to the milieu seeming to offer him the ability to see situations with a clearer eye.

Developed over a long period with his non-professional cast members — although the term does them a disservice — the film tells the story of a mother and her teenaged son, Regina (Regina Williams) and Andrew (Andrew Bleechington), trying to get by with Andrew’s father in prison. Adding to the complexity is Andrew’s livewire younger sister Ry’nesia (Williams’s real-life daughter Ry’nesia Chambers) and some misdemeanors that threaten to put Andrew in trouble with the law. Initially it feels as though the improvisational nature of the material might become wearing but you soon find yourself falling into step with the unexpected rhythms of the film, which unfolds unconventionally and avoids cliche while building, almost imperceptibly, to an unforced but emotionally hefty finale.

The film invites us to assume the action is going to be about Andrew from the start, with the young man suffering a verbal onslaught from his over-tired mother, but we soon come to learn this is as much about the two of them together. Esparaza guides us gently into their lives and, in doing so, gives us plenty of opportunity to think about their situation and the difficulties they face, while at the same time questioning our own preconceptions and prejudices. Williams may currently be classed as a non-professional but, if she wants it, a fine career surely lies ahead, as she gradually lets the shades of Regina spill out from behind her steely facade.

American independent Sollers Point, which had its world premiere at the festival, also tells the story of a young man at a crossroads, but the roads Keith (McCaul Lombardi) are travelling are much more familiar than those trodden by the young man in Esparza’s film. Putty Hill and I Used To Be Darker director Matthew Porterfield offers another take on the evergreen indie film question: “Can this angry young white man who has been in trouble with the law make the right choices?” While Porterfield handles the oppressive and dangerous atmosphere well, the narrative beats – Keith’s friction with dad (James Belushi), the old gang crew with a grudge, trouble with his ex (Zazie Beetz) — are familiar, and the episodic nature of the encounters takes the edge of the film’s pace. Porterfield’s trump card is Lombardi, proving himself more than capable of carrying a film after appearances in American Honey and Patti Cake$. He brings an intensity and air of thinly veiled threat to Keith, playing him as a blue-eyed boy gone bad, with a destructive sense of masculinity and swagger coming off him in waves, but who is able to turn on a loose charm and who, we sense, is looking for a way out of his self-destructive spiral. In the end, the fear is that Keith is perhaps not at a crossroads at all, but destined to travel an endless loop.

It’s the sign of a well-curated festival when themes start to emerge across the sections, and San Sebastian reliably achieves this. Two strong ideas this year were parenthood and manipulation — themes that come together in Michel Franco’s April’s Daughter (Las hijas de Abril). They are themes the director has probed before, not least in his harrowing story of bullying, After Lucía. In that film, dad was seen as a failure, and here it is mum April (Emma Suarez) who turns out to be trouble when she arrives on the doorstep of her daughters, 17-year-old pregnant Valeria (Ana Valeria Becerril) and her mousy older sister Clara (Joanna Larequi).

Attractive and vivacious, it first appears that April might be handy to have around, but it’s not long before we begin to see her possessive and manipulative streak. Franco has shown a very cold eye towards his characters in the past, and while his approach could hardly be described as warm here, there is definitely a movement towards something less bleak. He’s helped enormously by Suarez, who treats April’s manipulations blithely, as though stealing things out from under her daughter’s nose was as natural as breastfeeding, making them all the more chilling in the process.

The mother in Apostasy, which showed in the New Directors section of the festival, may be less knowingly manipulative, but nonetheless her actions have similarly drastic consequences for her two daughters. “I grew up as a Jehovah’s Witness, so a lot of this is based on real-life experiences,” said British director Dan Kokotajlo, as he introduced the film — a simple sentence that makes the action which follows all the more chilling.

While April’s actions in April’s Daughter stem largely from fear of ageing and jealousy, for Ivanna (British TV veteran Siobhan Finneran) it’s a matter of faith. She believes that in order for her daughters Luisa (Sacha Parkinson) and Alex (Molly Wright) to make it into the New System — when, they believe, God’s kingdom will be established on earth — they must strictly adhere to the teachings of their elders. Alex is already living with the fact that she breached the rules right after birth, when doctors forced her to receive a blood transplant for an ongoing condition, despite it being prohibited.

Kokotajlo takes a similarly austere approach as Michel Franco, probing what faith means to his characters and how giving it up means losing the connection of family. Even as the characters’ actions, particularly mother Ivanna’s, may seem irrational to us outside audience members, the director gives us a sense of how it feels for them on the inside, looking out. He does this in several ways, not least by allowing us to roam through Alex’s thoughts, seeing her talking to Jehovah or hearing the world as she does. His unfussy shooting style gives us time to get to know these women while the intermittent cuts to black and white remind us of the equally stark choices they face — and he displays no shortage of bravery in not following the expected narrative conventions, a strategy that proves bracingly effective.