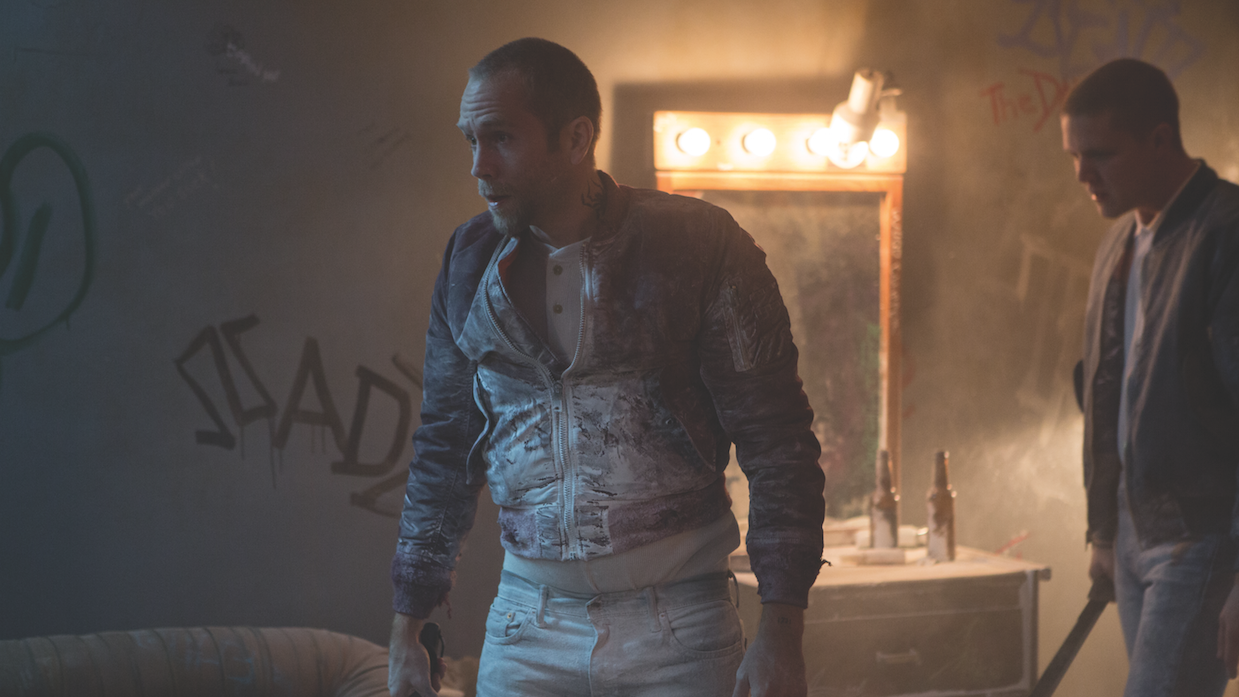 1. a person who tells stories

I thought we’d take a quick detour into something that came up during Bradford Young’s interview last issue. I feel like so many of the ideas he talked about warranted their own dedicated roundtable conversations, but one thing that really struck me was the notion of legacy: the idea that what we do, here and now, has a far greater shelf life than any of us may want to accept. And this doesn’t just apply to people with kids. We all are constantly weaving the very social fabric that connects and defines us, and that goes the same whether you are a politician in Washington or a wood carver in Bemidji.

For filmmakers, especially those of us doing this to actually make a living, this idea of discussing legacy is a slippery slope, so I thought it would be perfect for the column. I accept that I’m putting myself in the line of fire, and I’m by no means proselytizing or passing judgment. I simply want to call attention to how powerful a touch we all have as content creators and that maybe, just maybe, there’s a responsibility there. That script may be your personal story, but your film is an IV injection straight into the bloodstream of all humanity — or, at least, those with access to Netflix. I’m calling out producers and directors to stop for a second and look at what we’re all contributing to the collective consciousness. With every new TV show, documentary or movie, we’re adding another stroke to a canvas: a picture of who we are as an industry, as a community, as a people. And we influence, by and large, how honest that painting is. Not only are we social commentators, but the rest of the world is consuming what we put out there. And we’re either serving McDonald’s or Gracias Madre. Or something in between.

If you looked through my IMDb, there would be more than a few titles I’d struggle to justify as heirs to my legacy. Glorifying — and capitalizing on the portrayal of — violence, hatred, racism, drug use, perfidy and infidelity is pretty common practice in our industry. Our heroes on the screen regularly overcome the challenges they face with these “tools.” And audience members soak up our images like sponges, using entertainment to, for a few minutes anyway, distract themselves from real life and project themselves onto such behavior. Eventually they desensitize, and subsequent doses need to be stronger to maintain the high. Not that long ago, early audiences allegedly were shocked and upset watching a film of a train arriving at a station. Now the sky, and often the universe, is the limit to how far we’ll push sensationalism to get someone to click the “buy” button. Our “heroes” have to become more sensational, too. Look at Frank Underwood.

I’m not just criticizing the entertainment sector. Art-house films can be just as bad. When you make a film disturbing in its portrayals of violence or hate you are still contributing to our collective painting of humanity. You are putting that hate or that violence on a pedestal to be acknowledged, witnessed or beheld — above other attributes and other stories we may have. And you stand to gain from that transaction, for your wallet, your career or your ego. When that film reaches such darkness, as true as it may be, often you are pushing away the very people who need to see it. 12 Years a Slave is a hauntingly beautiful, upsetting and important film, but I doubt many KKK supporters have heard of it, let alone watched it. These films run the risk of adding images of hatred and violence to our social consciousness without making an impact on those who need to hear it most. These messages shouldn’t be censored, but they should be delivered.

It doesn’t have to be all doom and gloom to make a socially conscious film. Again, sometimes that can backfire and your message doesn’t get the reach it deserves. I started spinning around this issue with my wife, and she reminded me there are other ways to get a message across without sensationalism — whether it’s “justified” or not. It’s only one tool in the shed. If you happened to forget, as a director you are a master manipulator. That’s your job description. And you use an array of storytelling devices to control an audience. You can make an audience believe it’s day when it’s actually night. That’s pretty powerful, and that’s making movies 101. You can make an audience believe they are watching a bizarre adventure tale when in fact you are serving them a dissertation on social prejudice (Boxtrolls). Or maybe they think they’re watching a cute animated sci-fi film that’s actually a deadly serious warning of our effects on the environment (WALL-E). Or maybe they’re so intoxicated by a star-studded cast and audacious storytelling that they don’t realize they’re being schooled like children on the atrocities of Wall Street (The Big Short). A Trump supporter’s kid could have WALL-E on the TV and they probably wouldn’t catch on. Even 12 Years a Slave reached a wider audience than the material would typically allow because it imbues so much beauty in its images: No matter how dark things get, there’s a beauty, a light, worth living for. These are powerful ideas that can, and do, get delivered through the Trojan horse of entertainment throughout the entire world. And often to our most important audience: the next generation. Call me crazy, but I sat my six-year-old in front of Okja. The power and beauty of that child’s relationship with her super-pig transcends the violence and hate, and the message gets delivered.

I’ve recently been given the opportunity to make a film that has a chance to add a stroke to the canvas of humanity in a real and meaningful way. And frankly, it scares the crap out of me. In a lot of ways, it’s easier to make the entertainment film because you somehow grant yourself cinematic immunity from such issues: I’m getting a paycheck! I’m making a movie! People don’t like it, they don’t have to watch it! But when a script lands on your desk that has something to say, the stakes feel much higher. Now it’s not just about staying on budget and on schedule, or raising your personal artistic bar. It’s all those things plus not messing up an opportunity. It’s relaying those brutal moments of hate so they land, but not to the point of turning off your audience. You lure (read: manipulate) your viewers with beauty, comedy and pathos, and then while they are riding high, you take them to places they haven’t been. Show them things they haven’t seen. They trust you. And you earned that trust (whether you deserve it or not) because you’re a bona fide storyteller, a troubadour, a griot: conveying wisdom, history, prophecy and legacy to the rest of us. Which in turn becomes your legacy.

“Those who tell the stories rule society.” — Plato

“When storytelling goes bad, the result is decadence.”  — Aristotle