“Being in that Space Was a Very Powerful Experience”: DP Clair Popkin on MLK Doc King in the Wilderness 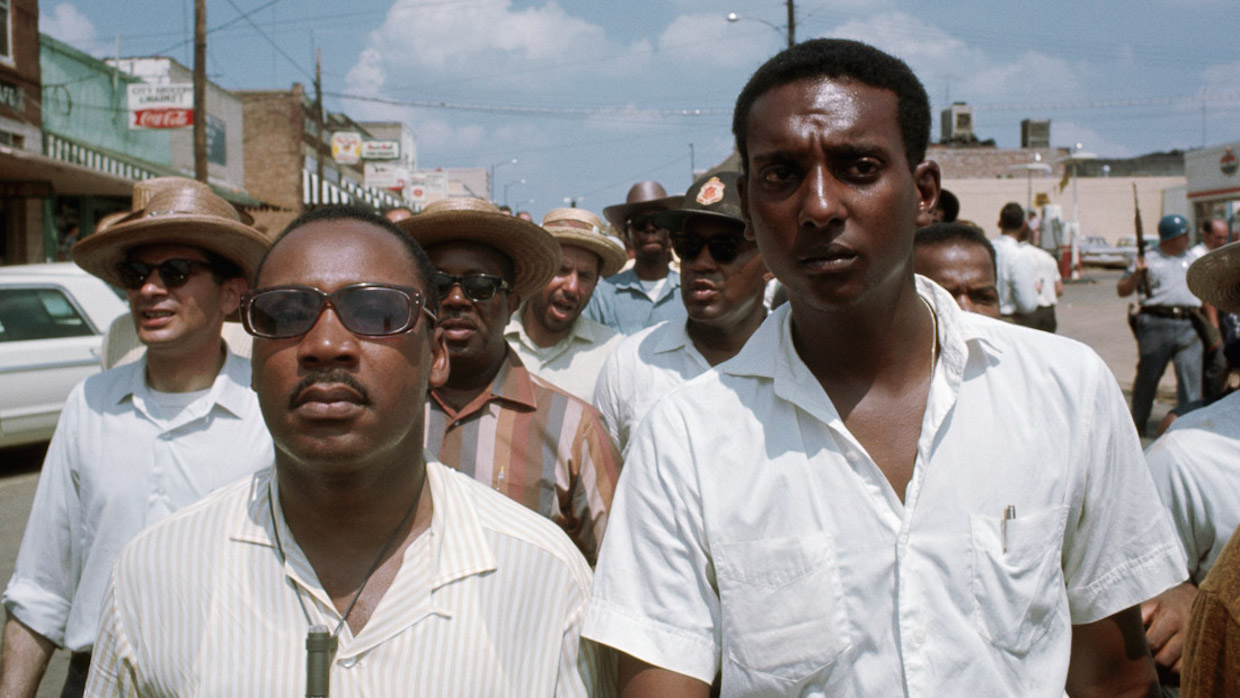 King in the Wilderness

by Filmmaker Staff
in Cinematographers, Interviews
on Jan 23, 2018

Since the 1990s, Peter Kunhardt has produced and directed documentary works on Lincoln, JFK, Nixon, Ted Kennedy, James Foley and Gloria Steinem among many others. His latest film attempts to offer a new perspective on the life of Martin Luther King, Jr. King of the Wilderness was shot by DP Clair Popkin, who previously worked with Kunhardt on his HBO docs Becoming Warren Buffett and Living with Lincoln. Below, Popkin shares his experiences from the production and recalls in particular the challenges of filming in the Lorraine Motel room outside which King was assassinated.

Popkin: I have shot several other films for the director Peter Kunhardt. Our most recent film had been HBO’s Becoming Warren Buffett. Peter and I have a really good rapport and working relationship; when we started discussing the look and doing lighting/lens tests we were on the same page immediately.

Popkin: I really wanted the cinematography to reaffirm the narrative told in the film but be simple and elegant. It’s obviously a fairly heavy subject matter so I wanted to create a look with the appropriate amount of gravitas and the right tone. We opted to go very close for the closeups so we could see the emotion and the strength in the people we were interviewing. We also felt that a direct-to-camera interview approach would be a strong way to tell these personal memories.

Popkin: I had been looking at a lot of Platon’s photography around the time we began this, and I really loved his portrait of Obama that was on the cover of Time Magazine. That was a big influence on the look and the tools we ultimately decided to use.

Popkin: The biggest technical challenge was the amount of gear needed to consistently achieve this look and traveling with all the gear. We shot a lot of interviews. The producers Teddy and George Kunhardt worked tirelessly to make sure we always had the gear packages we needed with the specialty items, even in far out locations.

Popkin: I shot on the Sony FS7. The production company owns one so it was an easy choice to make. I have shot several other projects on it so I know how it will respond and handle exposures. We opted to shoot on Zeiss Superspeed lenses so that we could really blow the background out of focus at a t1.3 to keep the viewers focus on the eyes and the emotion of the subjects. I like using vintage glass because it takes a little bit of the sharpness out of the digital capture.

Popkin: I was influenced by still photography work so I started by using a Profoto beauty dish. It is usually used with strobes, but we found an adaptor so we could put a Joker HMI into it. I used that as the key, overhead and slightly in front, then put a low bounce in to lessen some of the shadows under the chin and nose. I added a 2’ LED tube right above the lens and then a 4×4 bounce or a 4×4 frame with Litegear LiteTiles right behind the camera. These lights dug out the eyes a bit and provided a nice reflection; we could dial the intensity of these up or down to make it more or less dramatic depending on how deepest the subject’s eyes were. We used negative fill on both sides of the interview subjects so that the exposure fell off quickly. I would generally use Kino tubes wrapped in 1000H and sometimes HMIs through windows to make the backgrounds look interesting as well.

Popkin: The Lorraine Motel was the most technically difficult scene to shoot. We were allowed to film in the actual room where Martin Luther King, Jr. was staying when he was assassinated right outside the front door. The room was very sensitive. The windows on the room have a UV blocking tint so the light inside was fairly flat. We couldn’t touch anything and couldn’t light from inside the room, yet we wanted it to have a cinematic feel. The room is on the second floor so pushing light in from outside required using a condor to get the right angle and distance. We ended up placing a 60′ arm with a 6K par outside the window to push some light into the room and give it a a bit of contrast. In the end it was worth it as the shots are compelling and cinematic. Just being in that space was a very powerful experience on a personal level.

Popkin: We baked in all the lighting ratios of course and got the contrast where I wanted while filming. We captured in LOG but monitored with a standard low contrast LUT. We did come up with a nice look in the grade and really evened out background levels and stuff when we needed to. Sometimes over the course of a long interview the light in the background would change a bit; it’s usually faster to just adjust it in the DI than to stop the interview and start adding lights and flags. Our colorist Allie Aimes did a superb job working out the look and finishing the film.