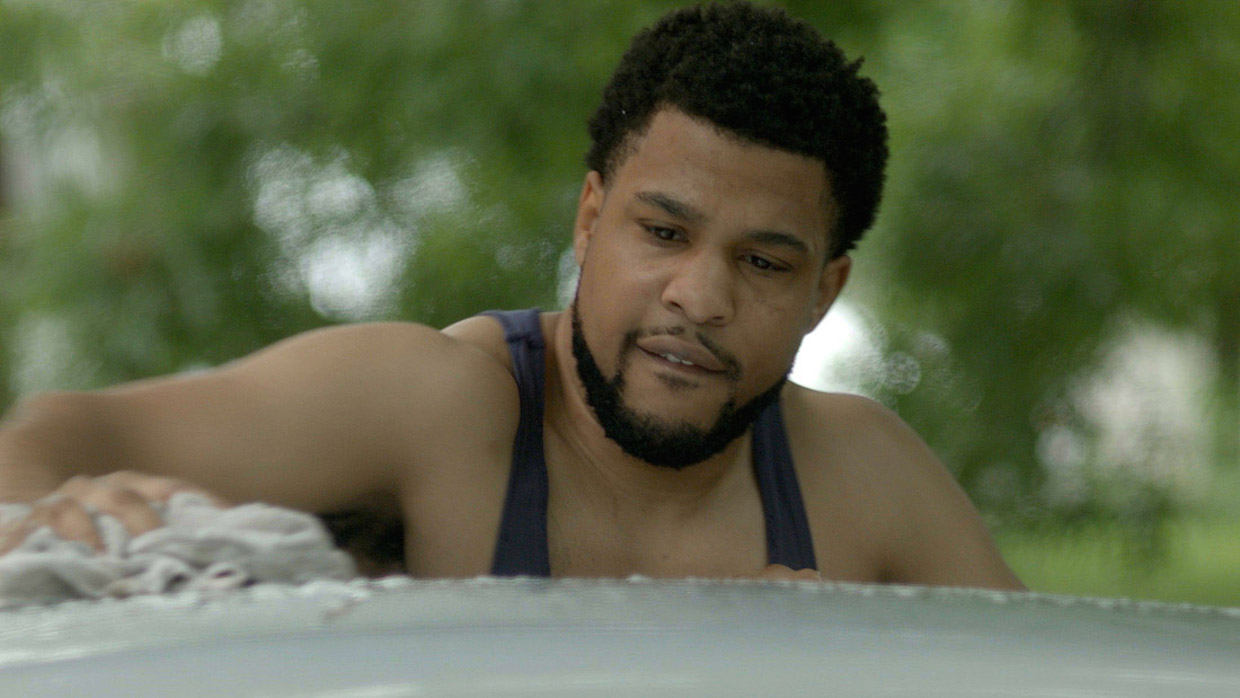 by Filmmaker Staff
in Cinematographers, Interviews
on Jan 19, 2018

Missouri-based filmmaker Kamau Bilal chronicles his brother’s move back home to his parents’ house in Baby Brother, a documentary short that premiered at the 2018 Sundance Film Festival. A documentary DP, editor and director, Bilal’s recent work includes shooting Abortion: Stories Women Tell for HBO. Below, Bilal discusses the traits of a “cinematic film,” the influence of Ramin Bahrani’s Chop Shop and his concerns on exploiting a documentary subject.

Bilal: For this film I operated as the producer, director and DP. Since it could be described as a personal film, it just made sense to me – for me to operate as the cinematographer.

Bilal: Plain and simple, I wanted to make cinema. Art. Something that would create and sustain its own relevance. I think a lot about what a “cinematic film” is and I’m constantly at odds with what that actually means. Does it have to do with the way something looks, or how it makes you feel, or something else entirely. The images do have to speak to – and play off of – one another, that much I am certain of. I also wanted to experiment with form and push the boundaries of what I can infer. It’s a documentary – so what I found myself not filming became just as important as what I was choosing to film – as it helps in establishing my intention. A very important part of the process for me. I didn’t necessarily realize I was doing this the entire time I was filming either – rather it was something I discovered I was doing along the way. It also became very important to me in the editing process. Intention. How I decide to “cover” a scene or move the camera – or not – I wanted it to have a certain level of energy but not just a jostling camera without intention. I think a lot about discovery while I’m filming, and how to make my images leave space for the audience to discover something. This really comes together in cinematic form once the editing begins and you can start mixing audio in with the images. Before that it isn’t necessarily cinema yet, it really only becomes cinema when you begin to join those images together. I just want my images and story to feel very intentional – I want the audience to feel “carried through” if that makes any sense.

Bilal: One of my favorite modern filmmakers, Ramin Bahrani, has a film called Chop Shop. It’s a masterpiece. The film feels so intentional, every scene, every camera movement. A book entitled Notes on the Cinematograph by Robert Bresson is so dear to me. These filmmakers and their ideas about the form are always swirling around in your head as your filming – even if the impact isn’t immediately or ever noticed. But it will be felt. As long as the intention is there.

Bilal: Filming with a sibling. Turning the camera on someone close to you is incredibly difficult. There were times I had stopped completely and wasn’t going to finish the project because you can’t shake the feeling that your there being exploitive. I don’t know that I’ve ever really gotten over it.

Bilal: The Canon c300. It’s nimble, works great for someone filming by themselves. Shot with the 24-105 Canon F4. I wish it was faster, but the camera’s digital noise is nice even at higher ISOs so, it’s totally doable.

Bilal: It was all naturally light.

Bilal: This doesn’t quite apply because of the form of the film.

Bilal: I shot in Canon log for the latitude. I love the look of the C300. David Anderson at Chimaeric did all of my finishing. He colored in DaVinci and spit out a DCP. He’s great and did a good job matching stuff. For this I didn’t want to do anything beyond just bringing some contrast and saturation back into the images.