“Film is About Making Magic with These Kind of Challenges”: DP Diego García on Wildlife 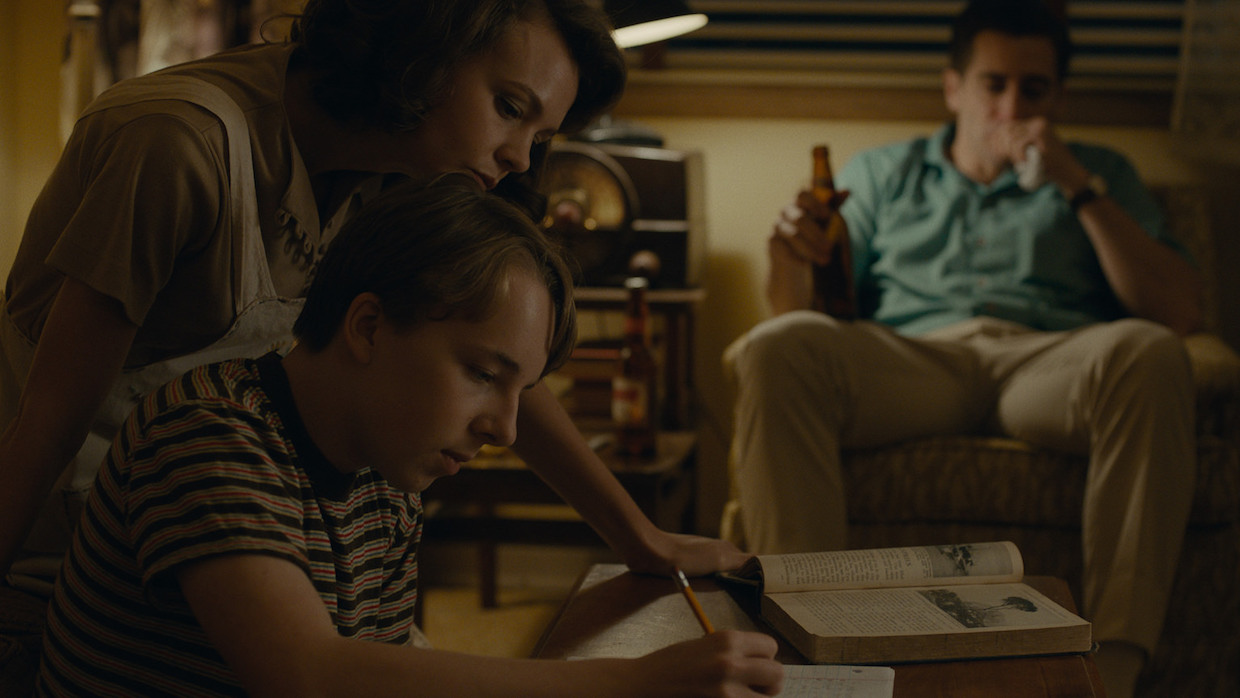 For his directorial debut, Paul Dano adapted Richard Ford’s 1990 novel, telling the story of a marriage that falls apart between Jerry (Jake Gyllenhaal) and Jeanette Brinson (Carey Milligan), as seen through the eyes of their 14-year-old son  Joe Brinson (Ed Oxenbould). Serving as Dano’s DP, Diego García’s prominent recent credits include Apichatpong Weerasethakul’s Cemetery of Splendour and Gabriel Mascaro’s Neon Bull. Below, García discusses their mutual influences (including Kore-eda Hirokazu and The Master) and use of Panavision spherical primo lenses.

García: I was connected for the first time with Paul D through my agent Grant Illes from WME. Paul sent me the script and we talked. I remember that we felt comfortable with each other and there was a potential creativity match. I was very inspired by the way he wanted to approach this film; it was a combination of both modern and classical language with Japanese, Chinese and American influences. The main idea was to follow our intuition and find the right way to narrate the story. He was looking for a collaborator with whom he could share his vision and creativity process from inside.

García: Soon I understood that Paul wanted to do this film in the purest and simplest possible ways. I thought that the engine behind it all was to find and translate the feelings and the internal conflicts of the three characters throughout the story. That was our guide, and I think this is a beautiful way to approach a film: in an honest, direct and silent way. I knew that I needed to empathize with the characters in my own way and to open my sensibility to be able to give my input trying to potentialize Paul’s vision.

García: There were many influences that we worked with to create the whole visual world. We used photography, films, and music to communicate feelings and to understand the mood of the film. Here are a few that I think helped me to feel inspired:

Hirokazu Kore-eda: he was important for us on using composition as a way to express emotions for the characters in a natural way, same thing with the light.

Stephen Shore: the way he captures everyday life, the aesthetics of the 50s, color, textures of the American culture.

The Master by Paul Thomas Anderson: this film is a period piece that is consequent with the decade but is also a contemporary film because the way it is shot.

García: One of our biggest challenges in terms of production was to complete a period film that’s supposed to take place in a small town in Montana before the first snow. We shot in Oklahoma and Montana. We worked hard to make it feel like all the film was shot in the same place. I can say that this especially was very tricky, but I guess film is about making magic with these kind of challenges.

García: We shot Wildlife with ARRI Alexa XT, and after some research about glass, Paul and I decide to go with Panavision spherical primo lenses. These are a beautiful set made in the ’90s. I suppose we can consider this as vintage now. I think they have a very nice combination between a clean and correct performance and also they have a lot of personality with texture and buque. They are fast to work with in low light conditions.

García: As I mentioned before, we were looking for a simple and natural aesthetic, just to make the film connected and consequent with the story in an invisible way. Light in this film is not over the characters but is part of them; it is just there. We used available light as much as we could. It was important for the film to shoot in the right moment of the day and to understand the locations. We did a lot of research on this regard. Also we used incandescent bulbs for the interiors. The idea was to light the rooms so the actors could move freely in the set, but always trying to create the proper ambience for the each scene.

García: I cannot remember one in particular. I think each scene has a different level of complexity in different ways. I can say that even if the film doesn’t show big camera and lighting set ups and fancy special effects, I can tell that each scene is meticulously crafted with a lot of detail, but I think that mainly the decisions were taken with feeling the right thing and always respecting the director’s vision.

García: We were lucky to finish the film at Harbor [Picture Company] studios in NY. We worked with a very talented and experienced colorist, Joe Gawler. I think that in essence the film was already there, because of its natural spirit, but Joe pushed the material up to a higher level. He understood the simplicity and I think we found the right path to follow with color and contrast, using the proper blacks and brightness for the film.