“Any Good Script Deserves its Own Visual Identity”: DP Steven Capitano Calitri on A Kid Like Jake 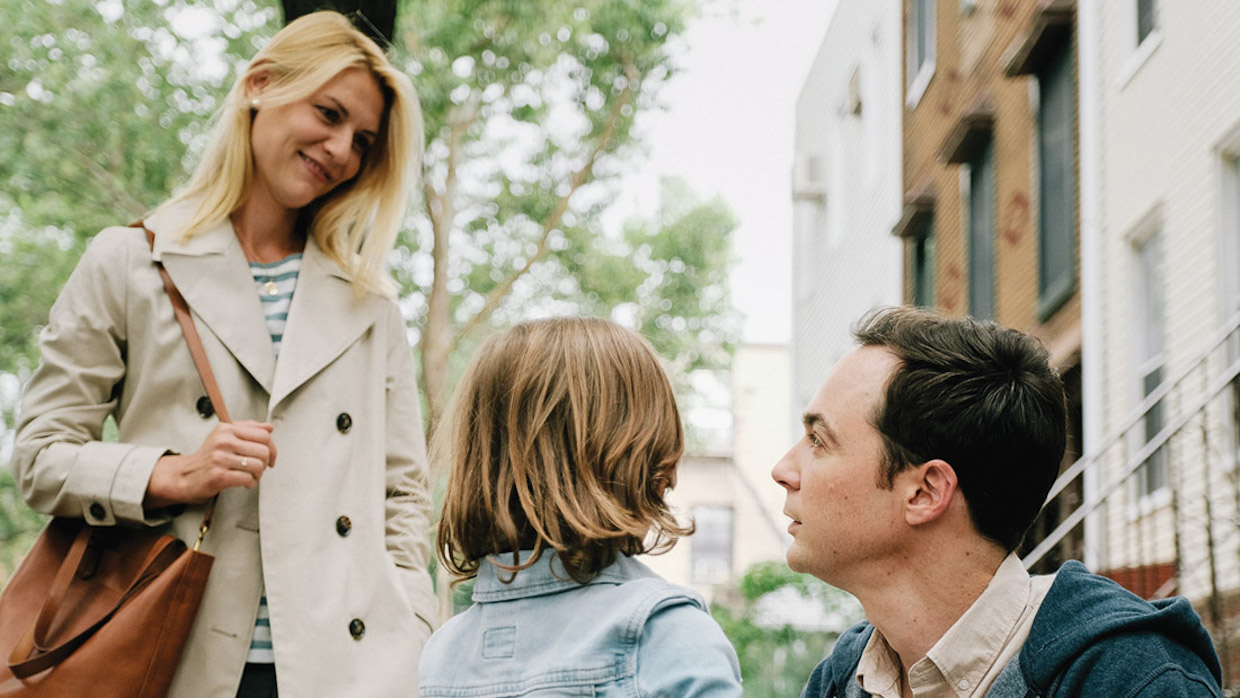 by Filmmaker Staff
in Cinematographers, Interviews, Sundance
on Jan 28, 2018

In the past two years, Silas Howard has directed episodes of the TV series Transparent, This Is Us and The Fosters. He premiered his new feature, A Kid Like Jake, at the 2018 Sundance Film Festival. The film is an adaptation of a 2013 play by Daniel Pearle and stars Claire Danes, Jim Parsons and Octavia Spencer. Howard hired Steven Capitano Calitri – the DP on 30 episodes of Broad City – to shoot the film in New York. Below, Calitri speaks with Filmmaker about his experiences making the film.

Calitri: I tend to become extremely passionate and expressive when the material has as much humanity and sincerity as A Kid Like Jake did. When Silas and I started discussing what the story and characters where going through, we realized our heads and hearts were in the same place. And what seemed most important to Silas was a style and environment that would best be conducive to grounded, undisrupted performances. We both liked a more natural feel, and I emphasized my belief on performance coming first.

Calitri: We tried to allow the characters’ mood and emotion to dictate the camera’s proximity to their space and a movement that reflected these feelings. It’s a fairly basic concept that is more about analyzing where the character is emotionally with each moment and sensing how the actor is playing this emotion to best compliment their performance choices.

Calitri: I tend to use references only to better communicate ideas with the director as opposed to ideas to go from. I feel the only visual influence should come from the script, directors’ tonal intentions and imagined/actual performances. Any good script deserves its own visual identity.

Calitri: I take time restrictions very serious. And always make sure to shoot within what I’m told are our limitations. So the biggest challenge is usually how to “read the room,” in that the common indie practice is to over-emphasize how the film barely has the time or money to be made. I feel it’s a hard line to ride, and [I] become more and more protective for quality.

Calitri: Whether I used a Red, Alexa, Sony F5 or Panasonic camera I feel like I could have ended up with the same movie. Same goes for lenses. Those choices become very nuanced to the visuals and workflow, but in the end it’s the choices made on set that define any story. What really adds to the look are my crew. My A Camera operator Erin Henning was essential towards constructing the more elaborate dolly shots. He is a great operator that knew how to run a team. Our focus puller Andrew Brinkman had a great attention to detail and could wing the most random focus pulls. What lenses I use can’t preform well without a good crew.

Calitri: When I light I usually allow the space and mood of the scene to motivate my choices. I was lucky enough to have my first choice and best friend Nina Kuhn as my gaffer. Her and I tend to favor natural lighting. We always rather go more moody and darker, as that’s the kind of people we are, but knew this story had its light moments and needed to be kept more on an even keel.

Calitri: There was an argument scene between Clair and Jim’s characters which Silas had asked if I could have minimal setups or changes, so this extremely intense and emotional scene could keep being performed over and over again without disruption. So Nina and I set up the first floor to be done as one set up that would allow me to look everywhere without any interruption. I had also went handheld without any breaks, and kept experimenting with coverage variations as the performance was finding itself, treating each take as if it could be its own special oner. It was a little painful to give up fine tuning the lighting for certain angles, but it was worth it. We could not have captured that kind of intensity without giving Clair and Jim that kind of freedom. Being able to deliver that for Silas allowed him to focus on what was most important, performance.

Calitri: I had a look in mind as we were shooting and had created a shooting LUT that was in the ball park, but once in the coloring room there are always changes inspired by the experience of the shoot. But more importantly, having some real time with our colorist Nat Jencks had him open even more possibilities to our palette, which is how the look was truly found.