“Lighting for Three Different Angles at the Same Time”: DP Jasper J. Spanning on The Guilty 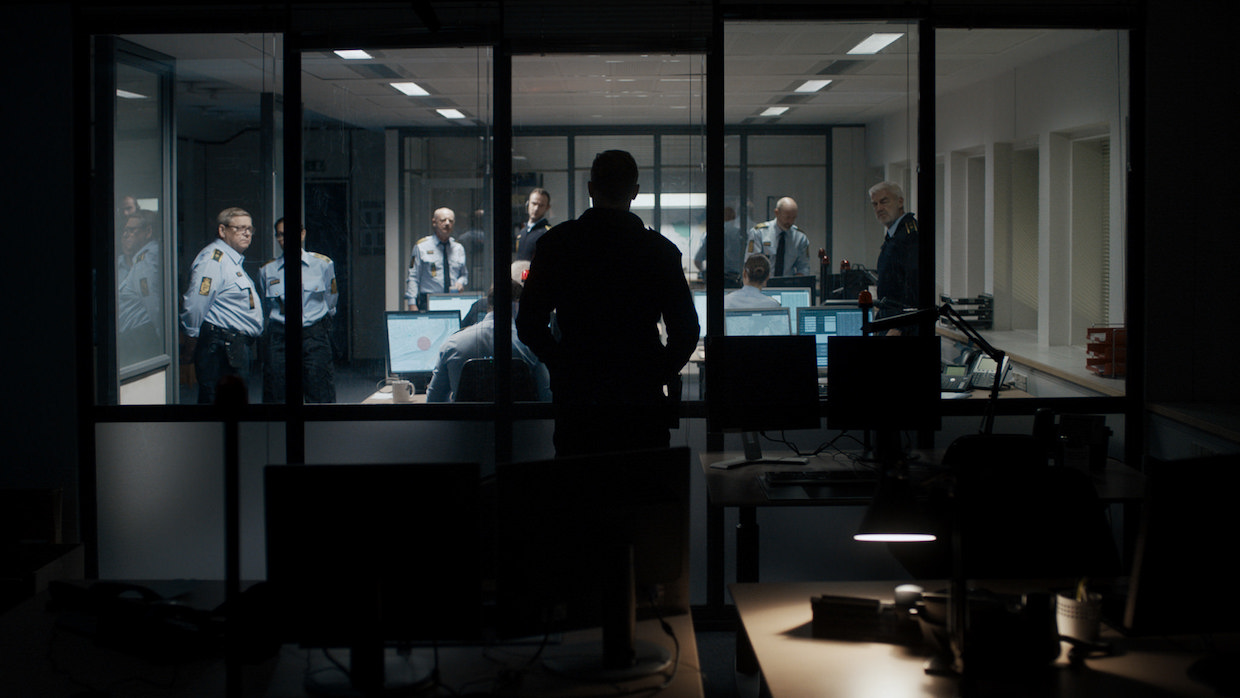 Winner of this year’s World Cinema Dramatic Audience Award, Gustav Möller’s The Guilty is a one-set thriller tracking a police emergency dispatcher (Jakob Cedergren) as he attempts to thwart a kidnapping in real time. A phone call from a woman being abducted by her husband sets the dispatcher on a quest to save her. Möller’s DP Jasper J. Spanning discussed the challenges of filming a one-set movie with three cameras in just 13 days.

Filmmaker:  How and why did you wind up being the cinematographer of your film? What were the factors and attributes that led to your being hired for this job?

Spanning: I graduated from film school with director Gustav Möller and producer Lina Flint. We made our graduation film together and during the last year of school the idea for The Guilty developed, so I have been very close to the whole process of the film from the very beginning. It was never a question whether I was going to shoot it or not, just a natural development of our collaboration. I think we share a “band mentality” around the concept of film making, and that helps a lot when you are trying to realize something on a very low budget.

Spanning: The film is confined to a single room and a story told in real-time, so the visual limitations of that were also the strength and an opportunity to make something very distinct and precise. There is a lot of action and drama that takes place on the other end of the main character’s phone; a whole side of the movie that you never get to see, characters and locations that the audience has to picture themselves. So the idea was to give room for that process and an overly suggestive visual style would have been a distraction from that. The feeling should be persistent and focused. I especially wanted the cinematography to create a pressure on the main character. There is no easy way out for him, he has to keep going in his search for the truth and he ultimately has to deal with his own past. I wanted the camera to be fixated on him and slowly bring him into the darkness he has to face.

Spanning: The feeling of real-time and urgency was so important in the script and I think one specific shot in All the President’s Men really encapsulated that for me. It is a long one-take of Robert Redford talking on the phone and the whole scene is done in one, almost unnoticeable, tracking shot. That shot became kind of a guideline for me in terms of how intensity should be achieved — so simple and powerful. Regarding lighting, I was very inspired by the way Harris Savides underexposes in films like The Yards and Zodiac.

Spanning: Working with a small budget, we only had 13 days to shoot the movie. That also meant we did not have money to build the set on stage, we had to find a location that we could modify and build into a police dispatch. We ended shooting everything with three cameras at all times in order to get all the shots we needed. Lighting for three different angles at the same time did pose some challenges.

Spanning: We shot on the Alexa with Master Primes. I normally tend to go use vintage lenses and filters to take off some of the edge and sharpness of digital cameras, but it was very important for Gustav that the look was sharp and clean. The Master Primes were perfect for that and very nice to work with.

Spanning: The lighting should feel real and not stylized. Gustav wanted the set to be very close to reality and resemble the dead end that the main character finds him trapped in. I was fortunate to spend a day at an alarm dispatch listening in on real calls. It was so intense and dramatic listening to all these different people’s stories, but the place itself is a very ordinary office with very unforgiving light. Tubes in the ceiling, practical’s and computer screens played a big part in designing the lighting. The key was to find the visual development in the story. As the story becomes darker we let the main character shut off more and more light, and as he starts to question his own judgment and past the lighting becomes more suggestive and enhanced.

Spanning: As the story unfolds in real-time, there were no real scenes in the script. Gustav and I divided the movie into 5 parts according to the dramatic and visual progress. The longest ran for about 45 minutes and was shot over 3 days. Gustav insisted to do full takes in order to exhaust and pressure Jacob Cedergren playing the main character. That ambition posed a lot of technical challenges, but the intensity and concentration during those long takes were very thrilling and ended up in a powerful performance.

Spanning: I always try to get the right look in-camera and with a controlled environment like we shot in, it was a very natural approach for this film. In the DI we added contrast and cleaned up the color contamination from all the different practical’s and computer screens.