“The Solution Was to Re-edit the Scene Like a Hundred Times”: Editor Rikard Strømsodd on Lords of Chaos 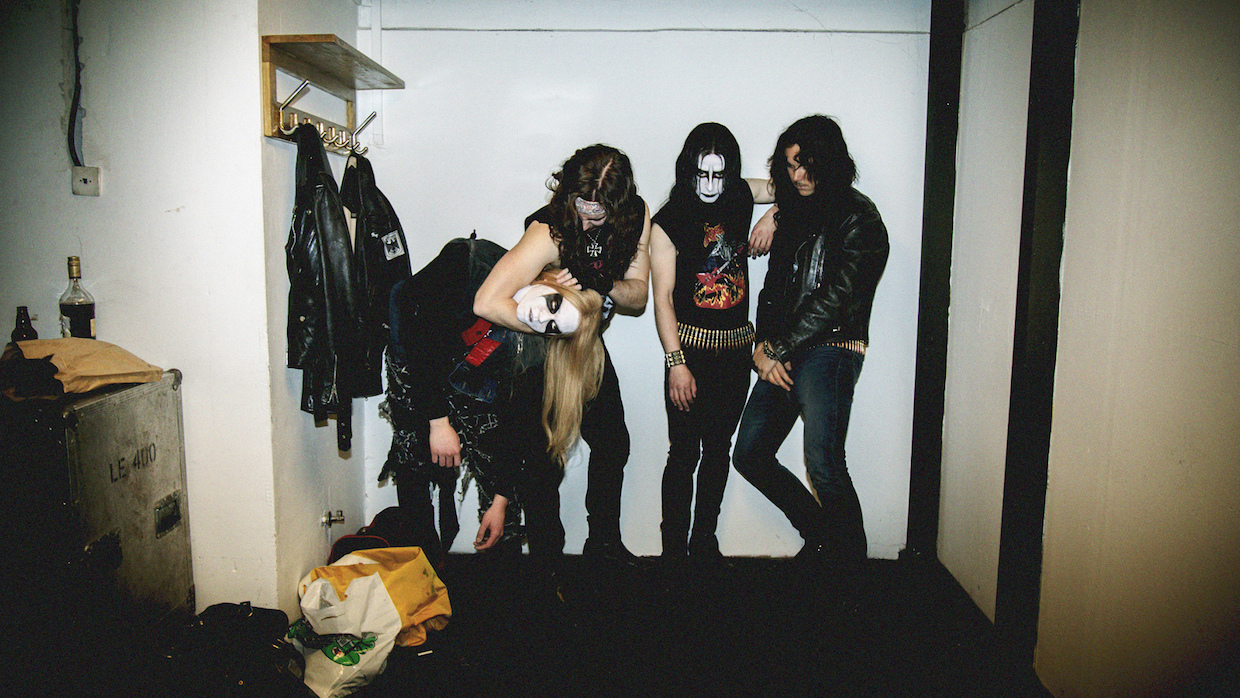 Jonas Åkerlund (still possibly best known for his “Smack My Bitch Up” video, whose feature directorial debut was Spun) dives into the pioneering Norwegian black metal scene of the ’80s and ’90s. Anchored by Euronymous (Rory Culkin) and the infamous Varg Vikarnes (Emory Cohen), Åkerlund taps into a scene whose music resonates — even as Vikarnes is now known as a murderer who still produces music from prison. The story was well-told in Audrey Ewell and the late Aaron Aites’ documentary Until the Light Takes Us; here, editor Rikard Strømsodd discusses the challenges of taking on this dramatized version.

Strømsodd: In Stockholm, in the fall of 2016, I got a call from the assistant of this mythical Swedish director. She asked me if I was available for a call within the next hour. I said of course (even though I had the most busy day ever). Finally, two hours later, I got the call and we talked for approximately 30 minutes about this fascinating yet horrible story of a Norwegian black metal band called Mayhem. I was hooked. This was exactly the kind of challenge I was looking for at the time. After the the call, his assistant called me back to set up a meeting. And the only available time was the next day at noon – IN BUDAPEST. That’s in a whole other country! But I managed to get a ticket, flew to Hungary, took a cab to the other side of the river where the production office was located. Barely made it to noon having eaten a really nasty sandwich in the cab when I got a text: ”Rickard, I can’t make it today.” So I stayed for an hour, had some coffee and talked to the AE, mainly about other films being shot in Budapest and his cat. Just as I was getting in the cab heading back to the airport, I got a new text: ”Rickard, the job is yours by the way, let’s meet in Sweden after the principal shooting.”

Strømsodd: I guess it’s a combination of a decent track record, personality and devotion. Personality in terms of being able to collaborate and share a vision and, at the same time, oppose and think differently. Devotion is by far the most important ingredient. You really have to breath and live the story of the characters in a film for a long time.

Strømsodd: The common goal I shared with the director was to tell the story as cinematically and dramatically as possible, but at the same time stay true to the actual story. Since Jonas used to be an editor himself — and certainly the most visually acclaimed in the world — it became a big challenge for me to visually impact this movie, so that was one of my personal goals. I spent a lot of hours in the editing room trying to come up with a pace built on a series of ”off-beat” cuts and really tried to embrace the ”analogue-ness” of the handheld cameras. Small, almost not visible overlapping lines in and out of sync, looking for roughness within the perfection. I think the end result is pretty cool. It’s something else. There is not one single cut in this movie left to chance. Not by me, not by Jonas.

Strømsodd: Norway as a country, Norway as a phenomena, Norway as the venue for the story. That was something we really needed to enhance. The reason for this was to make our characters more likable and relatable. This was made on-set too, but I think we took it to a new level in the editing by re-writing the beginning of the film completely. Adding stereotypical Norwegian details throughout the entire film. Also, some of the film’s few gruesome scenes are pretty long. That was something we really wanted to preserve. I think it is the actual duration of it that makes the whole difference.

Strømsodd: In the end it comes down to two things: hard work, and then some more hard work (!). But true — we’ll keep our techniques a secret. Jonas has his, and I have mine. Of course we did a lot of screenings, which always gives you a good idea of where you’re at. At one point we were kind of losing the humor in the film and needed to backtrack a few steps.

Strømsodd: At an early age, my main interest was filmmaking in general. Slowly, I realized that editing was my thing. It was something I could really evolve in and become good at. Music of course: understanding music, chords, pace, major, minor, crescendos —  all of that is really similar to editing.  And of course, watching good and bad movies. Bad movies are easier to dissect, and therefore more inspirational I think.

Strømsodd: Scene 111. I’ll never forget that scene number. When people will watch it, it’s just a scene. No special effects, no tricky camera moves, no stunts. Nothing special to it. It’s a scene that takes place a couple of minutes past the midpoint of the film, where the protagonist and the antagonist meet up with their friends in front of a Motörhead concert. There are so many levels of emotions, subtexts, meta-subtexts, lines that contradict the needs and wills of the main character. The scene is about taking all the credit and pulling out at the same time. Several times, I just wanted to cut out the whole scene. But the solution was to re-edit the scene like a hundred times, adding some ADR and the final piece of the puzzle was to move the previous scene to after this one. All of a sudden it all made sense!

Strømsodd: Although this film is very ”analogue” and ”made in camera,” there are a lot of ”hidden” VFX in this movie. It really helped us in the editing. A lot of continuity and credibility is helped by the VFX work.

Strømsodd: The deepest impact on me is the actually story. Since it’s based on true events, it really made me think about the people behind the characters during the process. What was going on in their minds? How did it end up in all this madness? The most extreme level of peer pressure or true conviction? All these thoughts made us look through the footage again and again, constantly finding new nervous glances, new shadow movements, anxiety hidden in laughs and unnatural pauses within assertive lines. Will people embrace this story the way we did? Only the man with the horns knows.