“The Narrative Model Used in TV Series Brings Us Back to a Stage That We Long Surpassed in Cinema”: Lucrecia Martel’s Rotterdam Masterclass 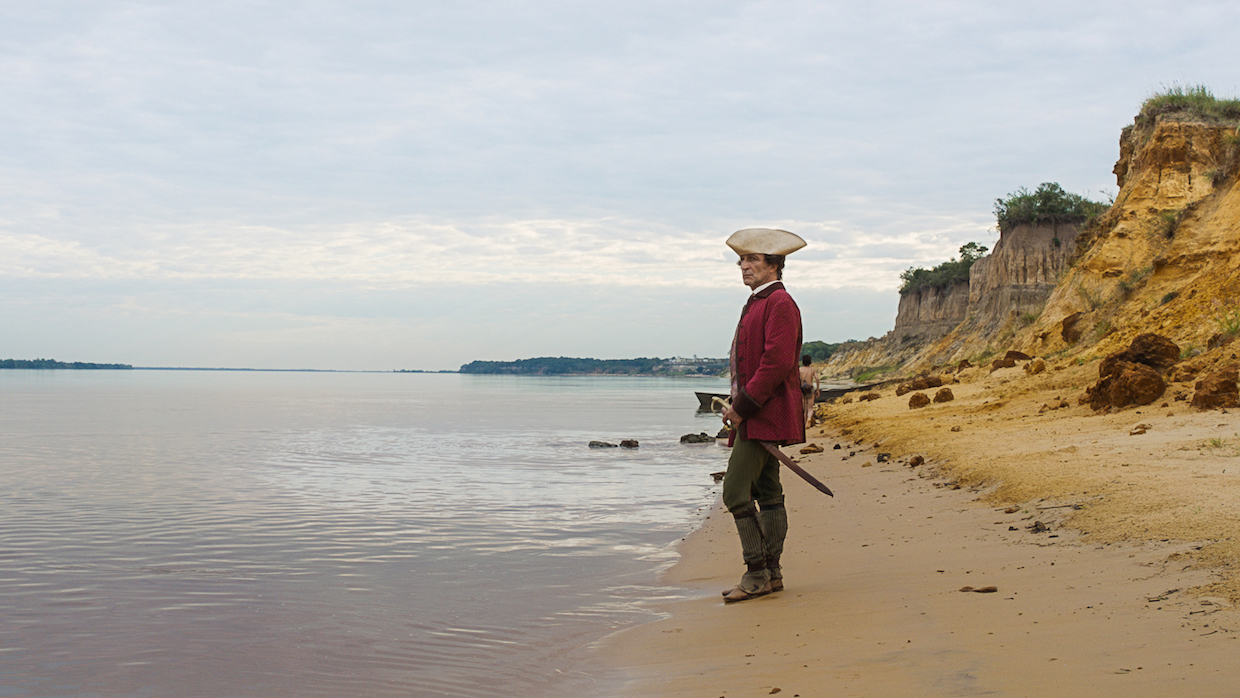 Lucrecia Martel’s Zama was one of the few titles to escape the sweeping critical scorn heaped upon the cinematic year 2017. After getting passed on by Cannes (potentially because one of its producers, Pedro Almodóvar, was president of the jury – though that would only have disqualified it from the main competition) and inexplicably landing an out of competition slot in Venice, the long-anticipated fourth feature by one of today’s most distinguished auteurs was received with Twin Peaks: The Return-levels of enthusiasm in certain quarters.

The comparison to Twin Peaks isn’t merely incidental: both are works of staggering confidence and complexity that freely flout conventions of film language, setting off across uncharted territory in pursuit of their author’s vision. In fact, during her masterclass at this year’s International Film Festival Rotterdam, Martel indirectly weighed in on the tedious debate about whether David Lynch’s masterpiece belongs to cinema or television. She posited that whereas films have reached an extremely high level of narrative and thematic sophistication, “the narrative model used in TV series brings us back to a stage that we long surpassed in cinema.” Crucially, “we can’t separate the narrative model of all these series from the hegemonic political mindset across the world, which is very conservative.”

For Martel, a fundamental role of cinema is to expose, confront and counter this hegemonic discourse, which is manifest in the clear-cut relationship between cause and effect taught in every Syd Field-style scriptwriting manual. Those who have seen Zama – or any of its predecessors – know that Martel systematically precludes the possibility of definitive judgments about the ethical constitution of her characters, their motives or the logic of their actions. Zama’s eponymous protagonist is both a pathetic groveler and a tragic hero, and the film’s almost complete lack of scene transitions, or even establishing shots, collapses a narrative that spans a decade into a dense mass of events that would be impossible to disentangle and neatly map out – never mind inciting incidents and turning points.

To illustrate her conception of mise en scène, Martel told the audience that they should imagine being immersed in water, for example a swimming pool: “Since water is an elastic space, if anyone else dives in, you will feel their presence through ripples, sounds, vibrations. I like to think of the world as a space wherein every movement has an effect on others […] We sometimes forget that chronology, though useful, is a construction and therefore arbitrary. If time was contained in this pool, then it would be very difficult to create a cause-and-effect relationship between all the particles that are otherwise arranged along a linear timeline. It wouldn’t be as automatic; it would demand profound reflection. Our perceptions, our way of thinking, are based on particular systems, and the important thing in cinema is to challenge our own perception.”

History, as written by the victors, is one of the systems Martel sought to subvert in Zama. Although the film is set in a South American outpost of the Spanish Empire at the close of the 18th century, it takes obvious liberties with costumes and customs, and includes many little destabilizing touches, like the fuchsia nail polish worn by the local governor, one of Zama’s tormentors. The soundtrack further delegitimizes the film’s historicity, for example through the recurring use of the Shepard tone (i.e. a sound that evokes an endlessly falling but never exploding bomb), which functions as a leitmotif by aurally representing the futility of Zama’s desperate upward aspirations. Martel purposely adopted this sound effect usually found in sci-fi films, because in that genre “we take more freedom: with sounds, with images… But when we think about the past, we don’t take the same freedom, we tend to limit ourselves. […] The lies of Argentinian history don’t speak about land ownership, about the theft of land… We wanted to represent a history that could be legitimate, that could be in line with current society, because history whitewashes. So, taking ownership of time felt like a corrective political decision. If we’d stuck to documentary lines, we would have told a history that is full of lies.”

Of course, no discussion of Zama would have been complete without a reference to the marvelous, surreal scene in which a llama prances around in the background while Zama’s hopes are once again dashed by his superior (one of the several instances that feature the Shepard tone). Apparently, the llama was not in the script but ended up in the film by coincidence. There happened to be llamas where they were shooting and since in that scene Zama expects to finally receive his yearned-for transfer to Lerma (a meta-reference to Martel’s birthplace), the phonetic similarity between “Lerma” and “llama” inspired her to set the animal loose in the governor’s office, creating a hilarious counterpoint to Zama’s dismayed countenance. At this point, either the live interpreter missed something or Martel was deliberately cryptic, but she concluded the anecdote by saying, “Since I don’t believe in God, I made that scene.” A facetious llama as an avatar of God or fate? Beckett would have approved.