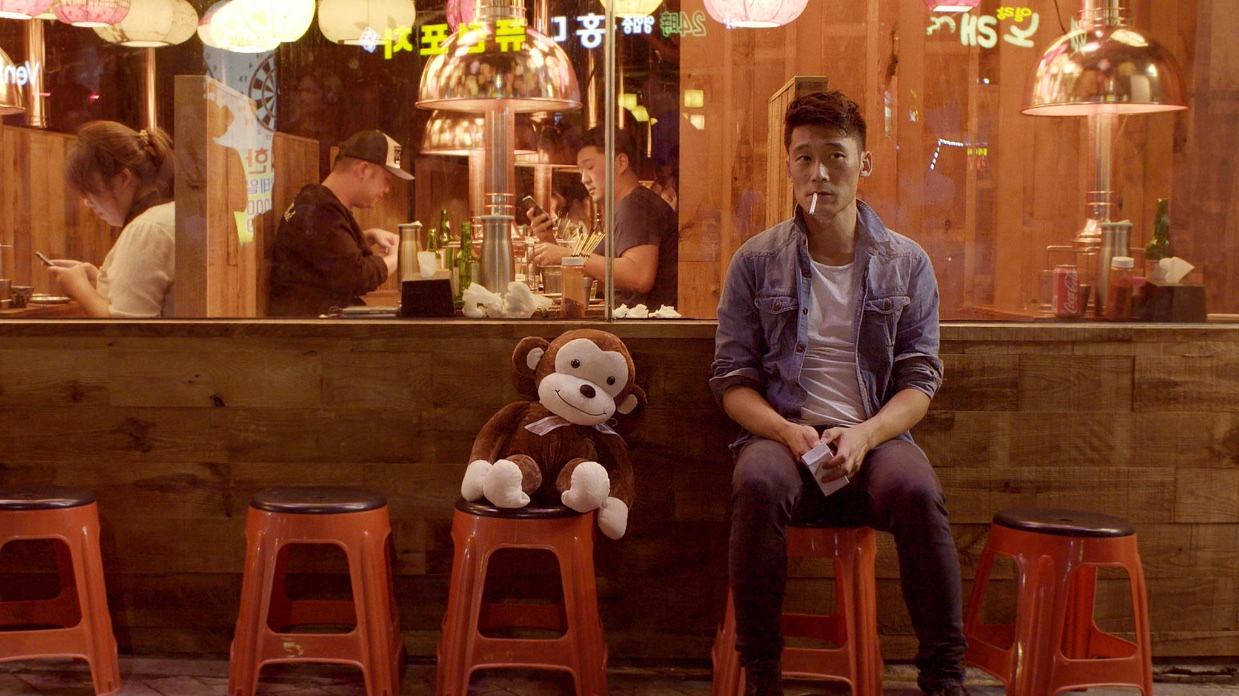 What is film but a desire to make visible that which we cannot see? Love. Hate. Or in the case of the latest from Penny Lane, pain. After having bowed at the International Film Festival of Rotterdam before, Lane’s return to the Bright Future section with the world premiere of The Pain of Others isn’t a surprise, but she’s certainly earned her place there. The found-footage, experimental doc, which despite being compiled of YouTube videos and newsreels, feels dense enough to require a dissertation on delusion, suffering and this digital age.

Working in a similar form to the all-archival constructed Our Nixon! (2013), here Lane culled the depths of YouTube (a place that can easily become a modern day Mordor) to find her three subjects. They all suffer from the mysterious Morgellons Disease, which, if it weren’t for the segments from nightly news channels that Lane includes, would seem too improbable to be true: those with the illness grow fine fibers from their skin, experience unexplained itches, grow sores and feel crawling sensations over their bodies. (It’s not for nothing that Lane calls the film a “body-horror doc.”)

Lane makes several brilliant choices as the editor of the film, the first being to introduce Morgellons from her characters’ (literal) POV with their self-recorded videos about symptoms and suffering. As much of the film interrogates the question of self-diagnosis, paranoia, and (over)sharing, this framework inserts the audience into a personal proximity with the women. Until, of course, the grainy footage makes us recall that these moments weren’t meant as private, direct addresses, but are open to anyone who wants to watch them. The film then poses the following questions: What does this mean for interpersonal communication? What is a confession or plea for help when there’s no one intended audience? In this way, The Pain of Others feels like an anthropological study of how YouTube, and the internet, is changing interpersonal communication.

Why, it’s fair to ask, does a film made from poorly filmed YouTube confessionals need to be seen in a theater? (A question a very smart friend rightly posed.) The answer, it would seem to me, is that The Pain of Others is very much about how we watch now. (And the original score by Brian McOmber merits surround sound.) As the doc progresses, Lane shows us more of the three women’s videos, which begin to border on deranged: one tearfully shaves her head, claiming the Morgellons has infected her hair; one regales us with the benefits of drinking your own urine; another speaks at length to her Morgellons fibers, as she films them under a microscope. At the start, all three women frame their videos as educational, hoping that by sharing their pain they might help others in similar situations. At this point in Lane’s film, however, this side of the videos seems gone, replaced by something closer to a cabinet of curiosities; or even, a freak show. (After recapping her bowel movements, Tasha reminds her viewers that “if you like this, give it a thumbs up below.”) That said, to Lane’s credit, The Pain of Others doesn’t feel as though it’s meant to mock her subjects, but rather force us to sit with their discomfort, and our own. And unlike YouTube, we can’t just click to the next video.

Another standout from Bright Future that also toys with the documentary form was the feature debut by Malene Choi Jensen, The Return. Part of the Bright Future Competition, Jensen based the film on her own experience of going to South Korea to find her birth mother. Adopted as a baby by a Danish family, Karoline (played by Karoline Sofie Lee) decides to seek out the biological family she never knew. Staying at a hostel with other adoptees, Karoline finds unlikely friendships, as they navigate feelings of dislocation — in their adopted countries and in South Korea — and grapple with the surreal banal bureaucracy that holds the answer to their shared question: Where do I come from?

Jensen opens her film with a pop-style montage of gates, doors and airports, all complex symbols that simultaneously connate beginnings, ends, and, more often than not the most confusing state of all, liminality. Jensen then films Karoline/herself as she settles into her hostel, keeping the camera removed, with medium-framing, suggesting a documentary-style observational position. This verite feel is reinforced by the use of non-professional actors, like the hostel owner, who looks comically aware of the camera, offering a rather stiff tour of the bunk beds and common space.

Jensen maintains this tone, and casts such naturalistic actors in the other roles that the fictionality of the film only reveals itself through a nearly too-perfect narrative of Karoline’s budding relationship with Thomas (played by Thomas Hwan, who is too perfectly good-looking to not be an actor). As Karoline can’t make headway in finding her birth records (this unfolds in a Kafka-esque frustrating moment as she argues with an adoption agent), the climax of the film comes when it is Thomas who visits his birth mother. It’s a compelling move, and more than a dramatic trick, as now Karoline, like the viewer, is an observer of this reunion. Like in Lane’s film, The Return quietly poses the question of what we’re really looking for when we partake in the act of watching.

As an aside, and outside of the Bright Future section, this question was also brilliantly explored in The Image You Missed by Donal Foreman. After the passing of his father, filmmaker Arthur MacCaig, Foreman went through his father’s archive of footage from The Troubles in Northern Ireland, looking not for images of revolutionary IRA fighters but of the man he never knew. He contrasts these with the films he was making at the same time in Dublin with friends as a tween and teen, only a few hours from Belfast but a world away — from both the conflict and his absent father.

Since I’ve gone this far on the doc-hybrid route, I’ll wrap this report up with a note on the debut feature by Filipa Reis and João Miller Guerra, Djon África. The films unfolds around the electrically charismatic Djon África, also known as Tibars. Non-professional Miguel Moreira steps into the position of character-cum-subject, playing a person who shares similarities with his own origin story: born in Portugal, of Cape Verdean descent, and with a talent for music. One day a stranger remarks that he looks just like a man she knew back in Cape Verde, which causes Miguel to book a ticket back to the home he’s never seen to look for the father her never knew.

Reis and Guerra beautifully toy with fact and constructed fiction on the plane ride to Praia, capturing Miguel’s flirtations with a woman, who questions his claims of being a proud Cape Verdean (a theme that runs throughout the film once Miguel lands on the continent for the first time, pointing to the all-too-real condition of being “too African” in Portugal and “too Portuguese” in Cape Verde). After he wins a smile from the woman, he falls asleep and dreams of the gyrating bodies that will welcome him, as the plane becomes a mid-air carnival. Instead, when he wakes, he has to hitch a ride with a girls soccer team, who give him gears over everything from being born in Portugal to his touristic questions.

As Miguel’s journey continues — he discovers his aunt, the sole link to his father, has passed, and he’s forced to hitchhike to another town, where he’s robbed by a trio of girls who prove to be savvier than he — Reis and Guerra don’t force any one narrative on their lead. Instead, the story, like their easily moving camera, adopts a documentary-like fluidity, which finds Miguel cohabitating with an elderly woman, milking her goats, grinding her corn, and open-heartedly accepting her jibes. (For a film about a quest to find a father, it’s noteworthy that Miguel finds himself almost solely surrounded by women.)

Djon África loses some of its way in the third act, but as this also reflects Miguel’s own confused journey, it’s a minor issue overall. As the end, which finds Miguel back in Portugal and about to step into fatherhood himself, is less about a finite conclusion but Miguel’s growth: he’ll continue to reflect on what he saw on his journey, in the way, perhaps, viewers will continue to think about what they saw in Djon África.