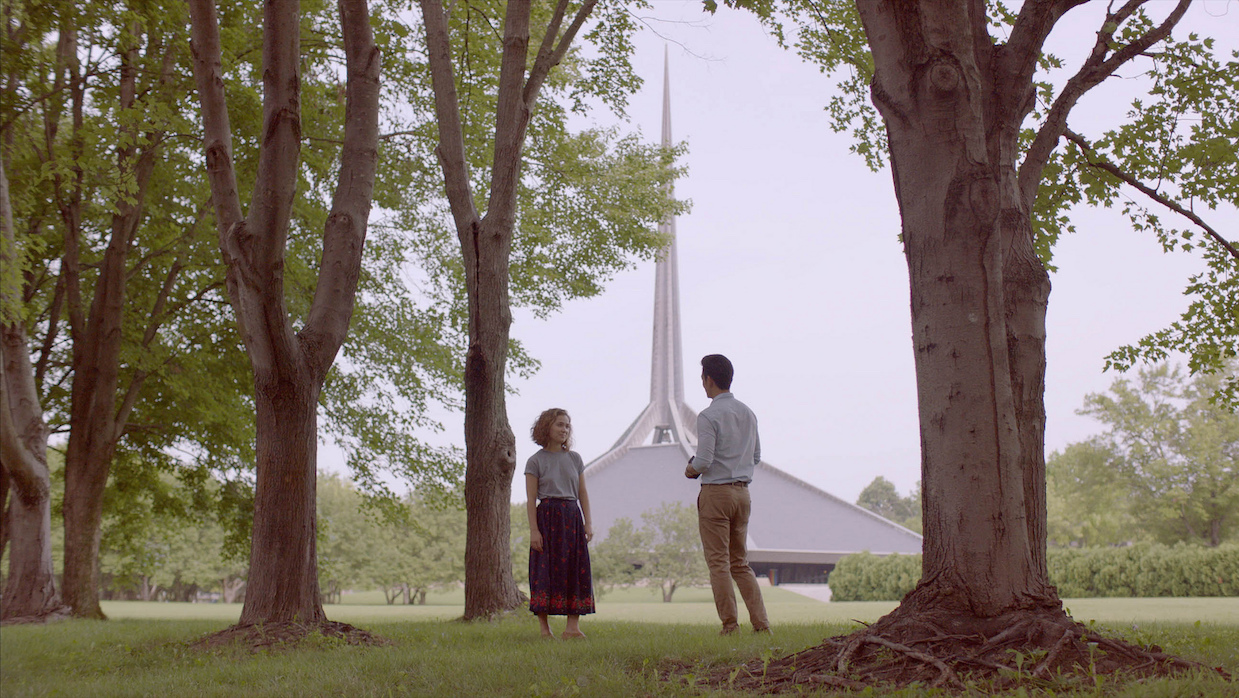 by Tiffany Pritchard
in Distribution, SXSW, SXSW Features
on Mar 14, 2018

Sundance Institute’s Creative Distribution Initiative released today a case study for one of its inaugural films that premiered at Sundance last year: Columbus, from :: kogonada, who appeared on Filmmaker’s 25 New Faces of Independent Film list. Opening to strong critical acclaim and grossing over $1 million at the U.S. box office, the film is centered around a Korean-born man who finds himself stuck in Columbus, Indiana, where his father is in a coma.

Established in May 2017, the initiative is aimed at helping filmmakers go the DIY distribution route, with a focus on marketing, distribution and data transparency for films released within a hybrid space without all rights deals.

Liz Manashil, Manger, Creative Distribution Initiative, and Jess Fuselier, Manager, Research and Education, said in their packed-out SXSW panel, “More Than Numbers: Data Analysis for Storytellers,” that the case studies were made in efforts to “break down walls,” and to provide the specific distribution expenses that were deployed to generate the various revenue streams of the film’s distribution campaign. Manashil and Fuselier hope the robust research is then able to show filmmakers and the public what worked and what didn’t work.

Manashil furthered there is an “extreme lack of transparency” when working with traditional distributors, in which filmmakers are not given access to data.

“We find data integral to the success of a storyteller, it’s crucial to know who your audience is” said Manashil. “With little resources and without a big team on the filmmaker’s side, there is a lot we can do to distribute content to the right audience.”

With Columbus, the low-budget film opened at one theater in New York and one in Los Angeles and averaged more than $14k per theater on opening weekends. The just-over $1 million box office gross translated into $305,000 net revenue for the filmmakers, according to the Sundance report. An addition $195,000 has been returned through ancillary sales, and foreign sales total, so far, $65,000.

Both Manashil and Fuselier explained in the panel that the success of films like Columbus can partially be attributed to strong data analysis at every step of the film’s life. Here are a few of their tips:

The Sundance pair recommended that filmmakers seek feedback on their projects at the script stage. Questionaires can be made “at home” with questions around sentiment mapping, gender breakdowns, and scene preferences, and then sent out to a large group of people beyond friends and family. “The larger the group, and the more granular your questions are, the better data you’ll have to work with,” said Fuselier.

Social media can also be used throughout production, starting from day one of the development process, to gauge what type of content on which platform is performing best. Manashil gave examples of posting different types of themed content around a film’s subject — i.e., sci-fi and music-related content for a film with David Bowie as a subject — or posting two different types of posters or stills and seeing which tracks better. When it comes to the film’s release, Manashil suggested having the editor or director cut 10-second trailer cut-downs or behind-the-scene videos. While some filmmakers will say this is not their job, Manashil reminded there are no excuses in the world of independent filmmaking: it is up to the filmmaker to get involved in all aspects of the production process (and that marketing can actually be fun!).

Platforms such as Hootsuite can help distribute social media content and provide analytics. “We find data integral to the success of a storyteller. It’s crucial to know who your audience is,” said Fuselier. “With little resources and without a big team on the filmmaker’s side, there is a lot we can do to distribute content to the right audience.”

Find an aggregator – a company such as Premiere Digital’s Quiver that takes a one-time fee to quality control the film and trailer, and then submit to platforms like iTunes, Google Play and Xbox. Filmmakers have access to data — while not always the viewership data, Manashil noted — however iTunes provides daily estimates. Vimeo is another platform, whose profit sharing is generous with 90% of the revenue going to the filmmaker, while Vimeo holds on to a mere 10%.

Fuselier mentioned that companies such as Tugg can help connect films with invested audience members through crowdfunding and thereafter can generate data analytics, including attendees’ email addresses, which can then be used for newsletters, surveys, or even on a future film. “Crowdsource theatrical is a win/win both for audiences and content creators,” said Fuselier.

Amber Thomas, a data-driven content creator at visual storytelling incubator Polygraph, said to make your film transparent on Google. She suggested finding an open-sourced platform that allows outsiders to ask questions, such as questioning plot lines, diversity, or the decision to use male characters instead of female characters. It is also beneficial when looking at other scripts with similar-minded content.

Concluding, Manashil said, “The studios get access to their data, so why can’t we?”