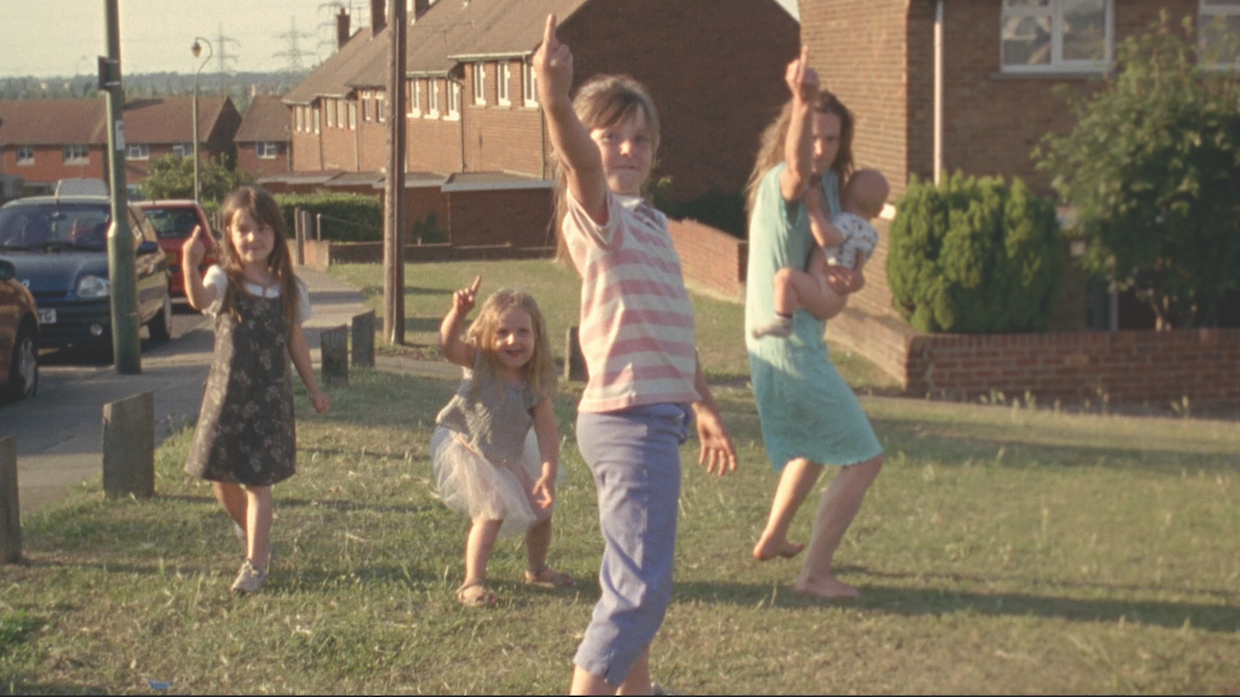 Wasp (courtesy of the Criterion Collection)

With most incoming film students being required to make shorts during their undergraduate or graduate studies, what exemplars of the form should they look to for inspiration? Filmmaker asked a number of friends—all filmmakers—who teach filmmaking at a cross-section of institutions to list the short films they think all incoming students should check out and be inspired by.

Howard A. Rodman, professor, USC School of Cinematic Arts: I consistently recommend to my students—whose films often lead with cinematography, visual effects and sound mix—that they see Andrea Arnold’s Academy Award–winning 2003 short film Wasp. Adequate direct sound, wobbly cam, minimalist VFX, yet it breaks your heart and mends it in 26 minutes. As Andrea says, “I always aim to get under the belly of a place.” Perhaps the best single lesson for young filmmakers to learn.

Terence Nance, faculty, MFA in Film, Vermont College of Fine Arts: Frances Bodomo’s Afronauts. She did high-concept sci-fi for no money because she has better ideas. It demonstrates that the most creative person always gets the farthest.

Robert Greene, assistant professor, convergence journalism, University of Missouri School of Journalism: A Story for the Modlins (Sergio Oksman). The rare combination of inventive and perfectly emotionally calibrated, Oksman’s film is a great lesson for students in what is possible with limited means.

Alrick Brown, assistant professor of undergraduate film and television, NYU Tisch School of the Arts: Seith Mann’s Five Deep Breaths. I saw that film when I was a first-year graduate student at NYU. Seith was finishing or had finished the program. I remember being so impressed and so riveted. I had never seen a student film or a short film of that caliber. I wasn’t a film snob. I didn’t know the world of indie film. The performances felt real, the cinematography precise. The rhythm, pace, and style of the edit was strong. I had also never seen an “indie” film with an all-black cast that felt so polished and well performed. It inspired me to think I could do work as strong. Before that, I really did not know what I was capable of or what film school could teach me. I stood up in the theater and called Seith and left him a long voicemail telling him as much. He told me he held on to that message for several years.

Mary Lambert, assistant arts professor, NYU Tisch School of the Arts: I always recommend Peluca, directed by Jared Hess. It’s such a brilliant character study for Napoleon Dynamite. Directors always think they must try to tell the entire story in a “proof of concept” short film, but this proves that all you really need to do is establish the character in a short narrative. Also, Wild Tales, directed by Damián Szifron, from Argentina, which is a collection of outstanding short films nominated for an Oscar in 2015. Each story is about revenge, and completely different in milieu and tone. Personally, I love them because each one surprises me.

George LaVoo, faculty, film and animation, School of Visual Arts: Testing your skills in a short film format is so worthwhile. You want people to know you can handle a camera, get good performances, and that you have something to say. Finding a story that is compact yet has a big emotional impact can be challenging. Two & Two, an eight-minute Iranian film, hits a banger with a very simple setting: a classroom. And then it hands the viewer a shocking twist. You don’t always need fancy VFX to wow your viewer. Here, director Babak Anvari, with almost no budget but armed with his wild imagination, has created a classic that will hopefully inspire young filmmakers.

Janet Grillo, assistant arts professor, academic director, NYU Tisch School of the Arts: Here are several short films that I strongly recommend incoming students see. Because I teach narrative, I recommend them because they all exhibit strong characters, linear storytelling, and provide concise “defining moments” for their protagonists. Each is organized around a pivotal choice, which will define who they are and will be forever more. Therefore, they offer a catharsis for the viewer. They don’t amble off… nor should they be full-length features. They are elegant in use of time, place, and situation. Each exhibits a distinct voice and vision of the filmmaker. Limited production needs—a few locations, few characters. They don’t try to cram a feature into 15 minutes. Manageable storytelling and producing goals. Full disclosure: three of the five come out of the NYU program (both grad and undergrad). And the first two won Oscars. They are: Luke Matheny’s God of Love; Mat Kirby’s The Phone Call; Erin Sanger’s Bombshell; Reinaldo Marcus Green’s Stop; and Possibilia, by Daniels.

Laura Colella, visiting lecturer in literary arts, Brown University: For my Intro Screenwriting class at Brown, I ask students (broken up into small groups) to research shorts they haven’t seen and pick one to present in class. Otherwise, shorts I showed this semester include La Jetée (Chris Marker)—some beauty and poetry on the first day (plus, it’s sci-fi, love story and a thriller…); Wasp (Andrea Arnold)—great character and story development, suspense, parallel editing; Slow (Darius Clark Monroe)—for the battle between the two characters’ rhythms and desires, the subtlety, and its seven-minute long take; Like Twenty Impossibles (Annemarie Jacir)—it brings up a lot of political and formal issues that provoke lively discussions.

Maureen Ryan, chair and director of production, Columbia University Graduate Film Program: My favorite short films by CU Filmmakers include Pitter Patter Goes My Heart (Christoph Rainer), a strange tale about a woman’s idiosyncratic obsession and unrequited love for photography set in a small German town. Lead actress Vicky Krieps steals the show in this film and went on to star in this year’s Phantom Thread. Sonya Goddy’s Sundae is a tight, six-minute short about “crossed signals” between a mother and her young son that has a “twist” ending that satisfies.  Goddy’s film went on to premiere at the New York Film Festival. A great short “horror” film that’s creepy and seductive, Off Season (Jonathan van Tulleken) was shot in the upper reaches of the Canadian wilderness. This film highlights a great performance by Bill Sage and a wonderful Jack Russell terrier.

Alex Jablonski, faculty, USC School of Cinematic Arts: The first is The Gap, written and recorded by Ira Glass but animated by someone else [Daniel Sax]. Showing my students this piece has nothing to do with the animation or the visual approach but is more about Glass’s message. For both undergraduate and graduate students, I want them to hear clearly that the path to making better quality work is by making a large quantity of work. It’s also a good lesson in why watching so many films is so important—it expands your taste and your sense of what is possible in film. The second is a short documentary, La Reina (Manuel Abramovich). Not an easy film to watch by any means, but to me it illustrates how a unique conceptual or visual approach can completely change the way we view a subject and create a bonding sense of empathy. The film is disturbing. It sticks with the students, and I hope that the cinematic lessons it imparts do as well.

Michael Tully, assistant adjunct professor, Austin Community College: This is my first semester teaching film production (at Austin Community College). The primary objective was for each student to make their own 5-minute short film from idea to “premiere.” They only had one day for principal photography. Which is to say, they had to make something in the 3-5 page zone to make it achievable. Considering that, I showed them as many 5ish-minute short films that I felt were ambitious in idea but that seemed as “doable” as possible under our parameters, so I showed them these films the first week of class:

The crazy thing is, as I write this on the last day of class, it turns out the students actually exceeded my expectations and delivered work that stands on its own without there having to be the usual “apologies.” Next semester, I plan to show their films to the students to show them what they can achieve if they plan things out properly and put the work in.