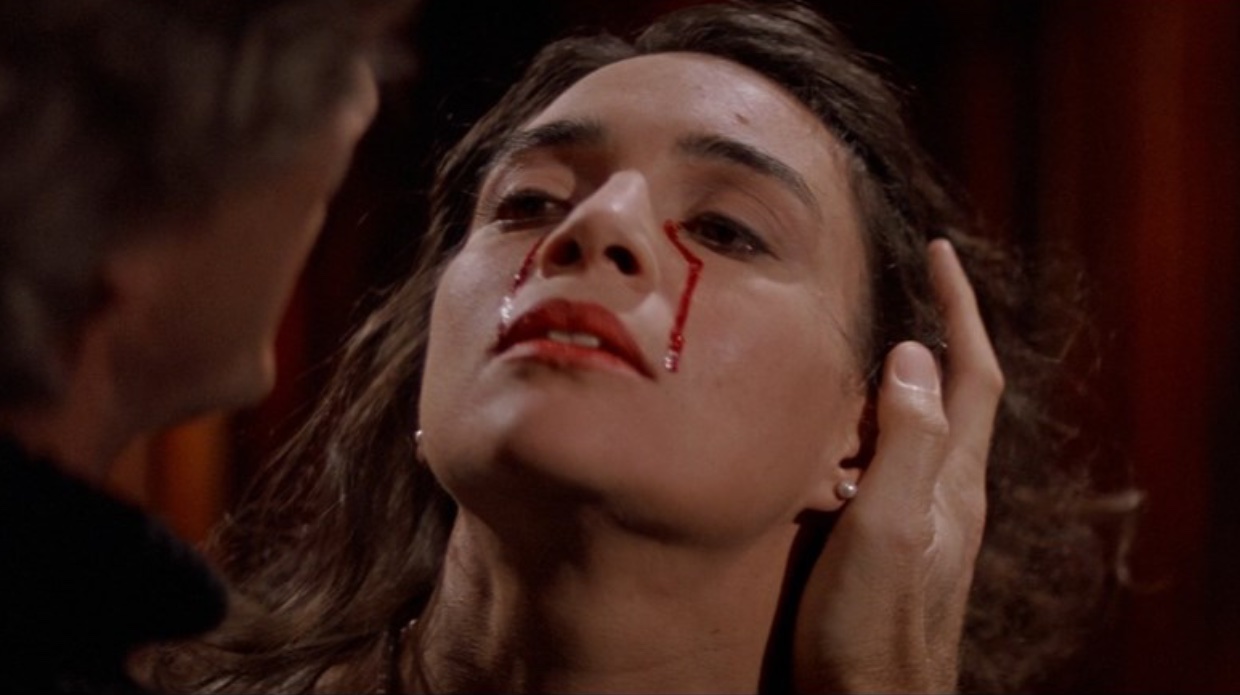 In the Mouth of Madness

After writing and directing the most savage, uncompromising film of his career with the independently financed They Live (1988), John Carpenter made one last stab at big-budget studio filmmaking with the 1992 Chevy Chase vehicle Memoirs of an Invisible Man to disappointing commercial and critical results. In spite of its reception at the time, however, Memoirs is a fascinating film on a number of levels – more fascinating, perhaps, than Carpenter realizes. It’s one of his few movies on which he declined to take a possessory credit, but Carpenter’s signature is all over Memoirs in its deft juggling of emotions and genres (it veers from romantic comedy to science fiction to escapist action to existential weariness) and dynamic Panavision framing and expressive use of anamorphic lenses. The movie has the infectious charm of a Hitchcock chase film like Saboteur or North by Northwest, yet like the latter has a bitter taste at its center – as the invisible man of the title, Chevy Chase is consistently angry and depressed, and his alienation from the characters and world around him make this “comedy” unsettlingly dark. Jonathan Rosenbaum has suggested that there’s something autobiographical about the character as a projection of Chase’s sense of alienation from his own persona, and there also seems to be more than a little of Carpenter – no stranger to alienation and cynicism himself – in the acidic main character. In addition to being a curious mix of light and dark tones, Memoirs of an Invisible Man is also a landmark movie in terms of CGI; the digital effects were revolutionary at the time and hold up today, and the excellent new Blu-ray from Shout! Factory contains some fascinating behind the scenes footage and interviews that illuminate the process by which Chevy Chase was made invisible.

Carpenter’s follow-up film, In the Mouth of Madness (1994) is also available from Shout! Factory in a new special edition; the third movie in the director’s apocalypse trilogy following The Thing (1982) and Prince of Darkness (1987), it beautifully summarizes many of Carpenter’s preoccupations while taking them in a more surreal and experimental direction than one might have expected from this student of Howard Hawks. The tale of an insurance investigator (Memoirs of an Invisible Man’s Sam Neill, hilarious and bold in his choices here) who finds himself – and perhaps the entire world – at the mercy of a Stephen King-like author’s imagination, In the Mouth of Madness consistently finds powerful and surprising visual and aural methods of conveying paranoia, fear, and mob thinking. It’s an unnervingly convincing vision of the end of the world, and one that contains more queasily familiar parallels with the world we actually live in than it seemed to when it was released back in 1994. Inspired by the works of H.P. Lovecraft as well as King – with a bit of Quatermass thrown in – In the Mouth of Madness is one of Carpenter’s scariest films because it’s one of his most slippery; the clear, straightforward imagery of Halloween and The Thing gives way to something confusing, unstable, and illogical, yet always tightly controlled by Carpenter’s flawless eye for composition.

The spirit of H.P. Lovecraft looms large over a couple of other highly recommended new Blu-ray releases, Dagon and Beyond Re-animator, which have been issued as part of Lionsgate’s Vestron Video Collector’s Series. When director Stuart Gordon and producer Brian Yuzna made their 1985 classic Re-Animator, it was the beginning of a long association with Lovecraft’s work for both filmmakers, who intended to follow their debut collaboration with Dagon. Re-Animator co-writer Dennis Paoli wrote a script in the mid-’80s that combined Dagon and another Lovecraft story, “The Shadow Over Innsmouth,” but Yuzna couldn’t get it off the ground and the three men partnered on another Lovecraft adaptation, From Beyond, instead. Dagon’s wacky premise, which involved a small New England town populated entirely by menacing fish people, met with a lot of resistance even from studio heads who were fans of Gordon and Yuzna’s work and wanted to be in business with them. Ultimately, Yuzna found himself in Spain with the opportunity to produce a slate of films for a company called Filmax, and he realized he could get Dagon off the ground if Gordon could transpose the tale from New England to Europe – no simple feat given the specificity of locale in Lovecraft’s source material. Gordon, Paoli, and Yuzna made it work though, and the result is a deliriously funny, scary, and sexy horror film filled with visual invention.

The slate Dagon was part of was largely financed on the assumption that Yuzna would make a new Re-Animator movie part of the package, a strategy he had employed before by leveraging Bride of Re-Animator to get his film Society made; thus he directed Beyond Re-Animator, which finds “hero” Dr. Herbert West continuing his experiments bringing the dead back to life in prison. As is typical of Yuzna’s work, Beyond Re-Animator races from one outrageous set piece to another, with astonishing physical effects and an expert calibration of horror and comedy anchored by Jeffrey Combs’ committed performance as West. Gordon and Yuzna are titans of the genre who remain slightly underrated because a few of their films (the original Re-Animator, From Beyond, Society) are so great that they tend to overshadow the others. They’re both remarkably consistent as horror directors of style, intelligence, and audacity, however, and fans would be well served by digging deeper into their oeuvres – as they can with these Vestron releases, which are both packed with excellent featurettes, interviews, and commentaries.

My final recommendation this week is another horror film new to Blu-ray, Jim Mallon’s regional slasher flick Blood Hook. Released in 1986 before drifting into obscurity, Blood Hook is the kind of discovery die-hard horror fans live for: a genuinely original effort by inexperienced young filmmakers with more talent and ingenuity than resources. Mallon, who would later go on to be a key creator in the Mystery Science Theater 3000 series, was working at a public television station when he and a group of friends and coworkers raised $200,000 to shoot a horror-comedy in the vacation town of Hayward, Wisconsin. Taking full advantage of Hayward’s local color (shooting on the town’s picturesque lake during a big fishing competition) and talent (the film is filled with shockingly good performances from the leads down to the extras), Mallon shot a movie that plays like a weird cross between the Friday the 13th series and a number of films and TV shows that didn’t exist yet, like Scream and Twin Peaks. The Wisconsin setting is key – Mallon has an ear for the idiosyncrasies of Midwestern dialogue and behavior similar to that of Lynch for the Pacific Northwest – but it’s far from the only pleasure in this unpredictable and very satisfying midnight movie. Never properly released domestically, Blood Hook has finally gotten the home video treatment it deserves courtesy of the good people at Vinegar Syndrome, who have issued a new pressing scanned from the original negative and accompanied by interviews and a still gallery. Vinegar Syndrome has developed into the Criterion of truly offbeat – and at times truly disreputable – independent cinema, and Blood Hook is just one of several recent titles that I would recommend to viewers whose tastes run toward the maverick; another personal favorite, Norman Apstein’s hilariously ridiculous yet undeniably disturbing 1994 horror film Ice Cream Man, is also now available in a Blu-ray edition jammed with great extras.