“Sometimes You Abandon a Wrong Idea and It Comes Back to You in the Right Form”: Patrick Wang on His Four-Hour Double Feature A Bread Factory 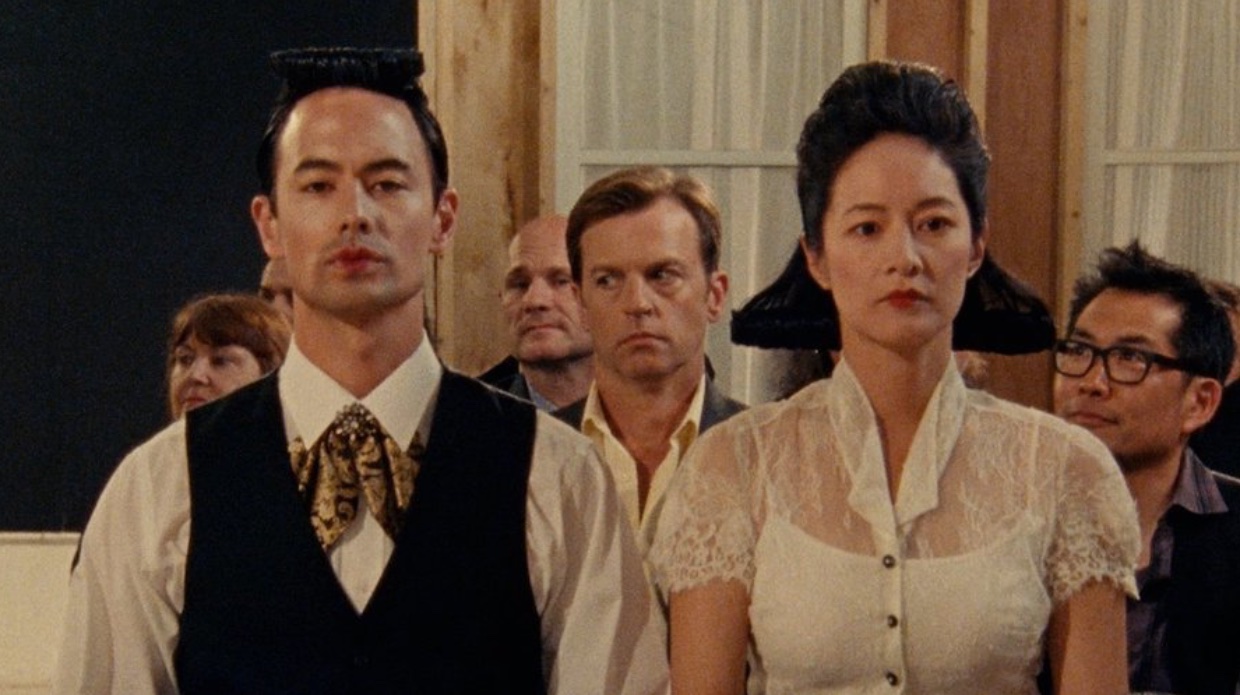 by Lauren Wissot
in Directors, Filmmaking, Interviews
on Oct 26, 2018

25 New Faces, A Bread Factory, In The Family, Patrick Wang, The Grief of Others

Patrick Wang (a 25 New Face alum) takes a painstakingly nuanced, intimate approach to delicate subjects, specifically the ways in which we deal with — and don’t deal with — loss and the rippling effects in life after a death. His first feature, the breathtaking, Independent Spirit Award-nominated In the Family, and 2015’s Cannes and SXSW-screening The Grief of Others, which will finally be hitting theaters November 2nd, would make for a great marathon viewing alone. (Provided it came with a big box of Kleenex.)

And now Wang has created a work that is simultaneously lighter in tone, and his most ambitious undertaking yet — the two-part, four-hour, cast of 100 (including Tyne Daly in one of the leads) A Bread Factory, Part One: For the Sake of Gold and Part Two: Walk with Me a While. The film follows Dorothea and Greta, a couple fighting to keep their four-decade old, small town arts center open even as they’re being pushed out by Chinese performance art stars May and Ray (famous for their piece about the “hierarchy of furniture”) at the new FEEL Institute down the street. Not to mention the singing and tap-dancing techies (yes, it’s also part musical, which makes one wonder if Wang is a masochist for logistics) that invade the Bread Factory’s parking lot by the busload (selfie sticks firmly in hand).

Filmmaker had the chance to chat with the director — a Texas-born MIT grad, who is also the son of Taiwanese immigrants — about community, composing music, and the danger of accidentally contributing to the xenophobic viewpoint. A Bread Factory (Part 1 and Part 2) opens in theaters October 26th.

Filmmaker: This double feature really harkens back to the innocence of Our Town or Tales of the City, with its extolling of the virtues of community. And the second part’s singing and tap-dancing techies are certainly a modern take on the golden age of musicals. In our current cynical and polarized climate, though, it’s also quite unusual to see a work like this, one with themes that could resonate equally with left-wing liberals and right-wing conservatives. What inspired you to go in this throwback direction?

Wang: I don’t look at the past as a destination, but I think it can be a terrific teacher. It can provide tools, techniques, insights, and inspirations that we can apply to our current questions. Also, I didn’t watch many films growing up or study film in school, so most films I know I’ve watched as an adult, in a random order that hopscotches back and forth in time. This may be why I see fewer boundaries between genres and time periods than others might.

I think cynicism and polarization have been around for a while. You look back at the debate over the Constitution, and it wasn’t a time for political snowflakes. But you’re right that the appearance of an Our Town today would feel so out of place. I think that has less to do with how we practice politics than how we practice dramatic writing. I think contemporary dramatic writing tends to reduce characters to political objects and rely too much on dark and extreme events. The effect is to push out the “innocence” that is part of every human life, the neutral space where we try to take in what is happening, and where we make our decisions. You think of someone like Ibsen, who Arthur Miller described as a “grab you by the lapels to scream ‘now-hear-this’” kind of writer, and even he succeeded in creating these neutral spaces for his characters. It’s arguably where the power of his drama lies.

Filmmaker: You’re a composer on A Bread Factory as well. How did you approach the musical numbers? (Though characters break into song and dance this definitely isn’t La La Land.)

Wang: In the beginning, I thought this was going to be more like a traditional musical. But what I found was that for the moments where I was writing song and dance numbers, this form of communication was fun but very inefficient. A straight scene would take a quarter of the time and in many instances would be more emotionally effective. In a project that was already so long, this seemed like the wrong direction to go. But sometimes you abandon a wrong idea and it comes back to you in the right form. I found the points when song and dance could have a very intense and compact impact, when it would align perfectly with the dramatic content of the film and could express things that straight scenes could not. The musical numbers slowly leak into the films. It’s the right form, but it makes it much harder to categorize as a musical.

Filmmaker: I’m guessing this is the biggest cast you’ve ever worked with. What was it like dealing with so many actors from such a diverse range of experience? (I assume you primarily cast locals to work with the more prominent names like Tyne Daly and Janeane Garofalo.)

Wang: Yes, it’s definitely the biggest cast I’ve ever worked with! They were mostly locals. The range of experiences wasn’t new to me. The struggle was that we had a cast of about 100 coming over 24 shooting days (total for the two movies). That meant there were on average four new actors showing up to shoot every day. I try to put a lot of care into my interactions with actors, and this was an intense speed and mass of relationships to manage and keep straight.

Filmmaker: The two-part, four-hour running time makes this a difficult film for theatrical release. Was A Bread Factory always destined to be a film? Did you ever think of creating a series or even a theater piece instead?

Wang: At the beginning, I thought the project would be a miniseries. I’m a big fan of Bergman’s three miniseries, Fassbinder’s World on a Wire, and Rivette’s Out 1. But then the way the storylines unfolded, it very naturally split into two pieces. So maybe a little Out 1 in spirit, but more Joan the Maiden in form. When we began shooting, I worried that perhaps Part Two would end up being a little light, since the page count of the script was significantly shorter than Part One. In the end, I was really happy they ended up two hours each. They are balanced, and each is substantial.

Filmmaker: The film tackles topics like gentrification, but also global cultural issues, such as the “invasion” (and appropriation) of foreign art and consumerism. Since we’re in a very fraught, anti-immigrant moment did you ever worry that portraying Chinese art stars putting small town Americans out of business might contribute to the xenophobic, “defend our way of life” POV?

Wang: I think you are right that you have to think seriously about how your work can be read morally, and the possibility that it can amplify harmful perspectives. I remember with my first film, In the Family, an audience member came up to me after a screening and said, “My homophobic parents loved it!” Like in that movie, this one recognizes fear as a real thing we must deal with. I think that welcomes all perspectives into the movie. As we move along, enough complications and surprises emerge that I believe will short circuit anyone aiming to amplify a xenophobic perspective through watching these films.