Shooting an Improvised Movie on GoPros with the Actors as DPs: Rick Ostermann and Louis Hoffman on the Survival Thriller Lysis 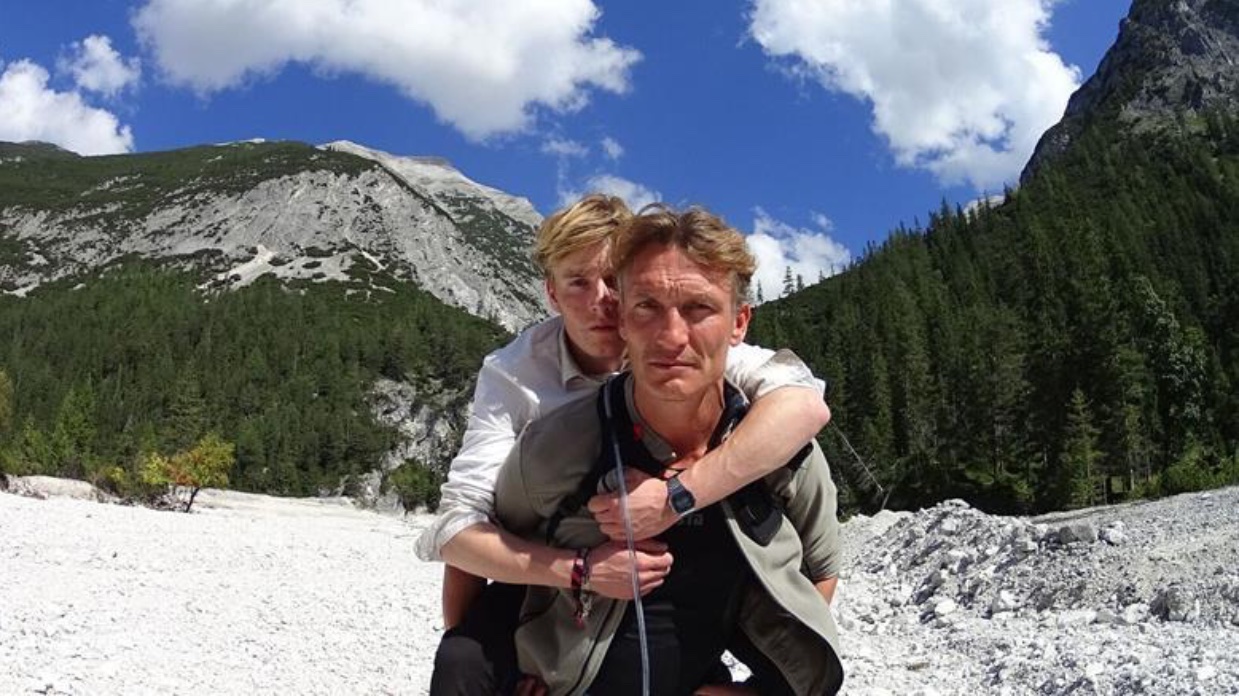 by Amber Wilkinson
in Actors, Directors, Interviews
on Dec 11, 2018

Rick Ostermann’s Lysis — which had its world premiere at Tallinn Black Nights Film Festival last month — required the Krieg and Wolfskinder director to put even more faith in his actors than usual, as they were also their own directors of photography and, to an extent, their own scriptwriters. The story centers on a dad (Oliver Masucci), who takes his long-estranged teenage son (Louis Hofmann) on a white water rafting and camping trip, with the intention of filming their “adventure.” Once in the wilderness, however, his son proves less than willing to reconnect and an act of petulance soon sees them fighting, not just to salvage their relationship, but for survival. The drama is entirely shot on three GoPro cameras, which are woven into the plot of the film, and carried and placed by the actors. The script, meanwhile, was more or less improvised from a storyline devised by Ostermann, with the actors given instructions on the day and the cameras able to shoot for up to an hour at a time. Filmmaker spoke to the director and actor Hofmann in Tallinn about the challenges and advantages of making the film this way.

Filmmaker: It must have been quite an adrenaline rush for you as a director to make Lysis, because you’re gambling, to a degree, with the whole idea. It’s a bit like directorial white water rafting, is it not?

Rick Ostermann: The whole of this project was a big gamble. The producer Stefan Sporbert was the most serious gambler of all. I had a strong idea for this project and this story and I had these two fantastic actors, so the gambling was not so risky for me. I had a good feeling about it. I always like shooting in nature because it’s a wonderful stage. It was very clear to me to put them in nature. They should be in conflict with nature and themselves. I was very trustful. The concept of this film was that I thought I had to give it all up. To give the actors the cameras — to have the biggest stage they’ve ever had. I said: “Just act and be and move wherever you want to.”

Filmmaker: Did you plan where to put the cameras ahead of each scene?

Louis Hofmann: To be honest, it was spontaneous.

Ostermann: Yes, it was spontaneous. You know these cameras have this large angle, with these GoPro cameras, there’s a lot in the frame. Because I had three of them, I was pretty sure that there would be something I could use. I didn’t stage the cameras, I just always said: “Just shoot against the sun,” because it was very nice. For all the rest, I just let them go.

Filmmaker: Louis, were you concerned about the fact that you were going to be your own DP as well?

Hofmann: No, to be honest, I was more than enthusiastic. I was thrilled. I’d never heard of any movie that had been done like this. I’m always interested in new things and challenges and that’s why I was more than excited about it. Also, I’ve seen Rick’s films and I like his directing. I saw the chance of acting the purest I can. It’s very pure and there’s no filter on it. It’s not staged, what happens, happens. The director guided us a little but I really liked that idea of being free.

Filmmaker: It works that it’s semi-improvised. It adds to the sense of uncertainty in their relationship, did you find it helped you as an actor?

Hofmann: Definitely. We had no idea about the development of the two characters. Rick would only tell us in the morning, what was our goal for the day. Also what he told Oliver was different, so I wouldn’t know what his impulses were, so it would always be a surprise about the other one’s actions.

Filmmaker: In terms of the scenes, was it a case of giving the actors some lines that you wanted them to get to but, for the rest of it, you just let them work with one another?

Ostermann: Yes, it was not directly set lines. I wanted concepts. So, when they had the first dinner by the fire, I wanted Louis, when he’s leaving to say: “I’m sick of this shit, I don’t want to know you.” This was the punchline I wanted to have. How he got there, it took a bit too long.

Hofmann: I didn’t feel the moment.

Ostermann: I was hiding behind the tent and, after one hour, I was like, “Come on, say it.”

Hofmann: We were just having conversations and I was waiting for the perfect moment, and suddenly Rick yells, “Say the sentence, Louis, get to the point!”

Filmmaker: I imagine it was very intense shooting over just 10 days. Also, for the actors to have to stay in character for such a lot of that time.

Ostermann: If you compare this to a normal movie, on a normal set you have 50 people or something and everything is very controlled and slow because it takes time to reset the cameras and the actors and so on. We had around eight people on this shoot. In the morning, we met and said, “This is what we’re going to shoot.” And from then until the evening we spent the whole time shooting and working. That was very good.

Hofmann: It’s extremely tiring to always be present. There were really no breaks. We had some food during the day, but you always had to be ‘there’ and ready to improvise and be in character, so you would always have to know what the character would be feeling and how he [Oliver Masucci] would react and sometimes that’s way more tiring than it is to know your lines.

Filmmaker: You said during the Q&A that sometimes Oliver pushed you to the limit, such as when you were climbing up a steep bank from the river and had to grab handfuls of grass to stop yourself falling. Did you ever think, “No, I’m not going to do this?”

Hofmann: I thought about it for a second, like, “Are you insane, Oliver?” Like when he kept pushing me towards the wall [in the boat]. But then, you think, “Fuck it, that’s why we’re here.” You just go with the flow and see what happens. You want the unexpected.

Filmmaker: How is that for you as a director, because on the one hand, you want the unexpected but, on the other, you want your actors in a single piece at the end of each day?

Ostermann: Normally, when you direct a movie, you are in control of everything. In this film, I gave up mostly all of the control and just let them go and that was quite interesting. On the one hand, it was new to me, on the other hand, we prepared quite well and talked about the characters, so I guided them before and let them go and I knew that they were moving in the right gap where I wanted them to go.

Filmmaker: Were you ever concerned as to whether to let a scene continue on or not?

Ostermann: We had one situation. When Oliver tries to catch the boat as it floats away from them — we did a reshoot of this scene. Oliver fell down the water [rapids], and I thought, “Shall I say cut or not?” I said, “Okay, I’ll wait, let’s see what happens.” And then, after two minutes, Oliver comes up and continued acting the scene, so I said, “Let’s keep on doing it.” After the scene, I said, “Cut!” Oliver came up to me and said, “Why didn’t you say cut sooner?” I said: “Because you kept on acting. Why should I?”

Filmmaker: You seem quite a lot older now, Louis, than you were in the film.

Ostermann: We had a long process of editing and a long sound post-production because the sound was not so good. So we had to partly redub it and all the sounds like the water were newly made, so it took a long time.