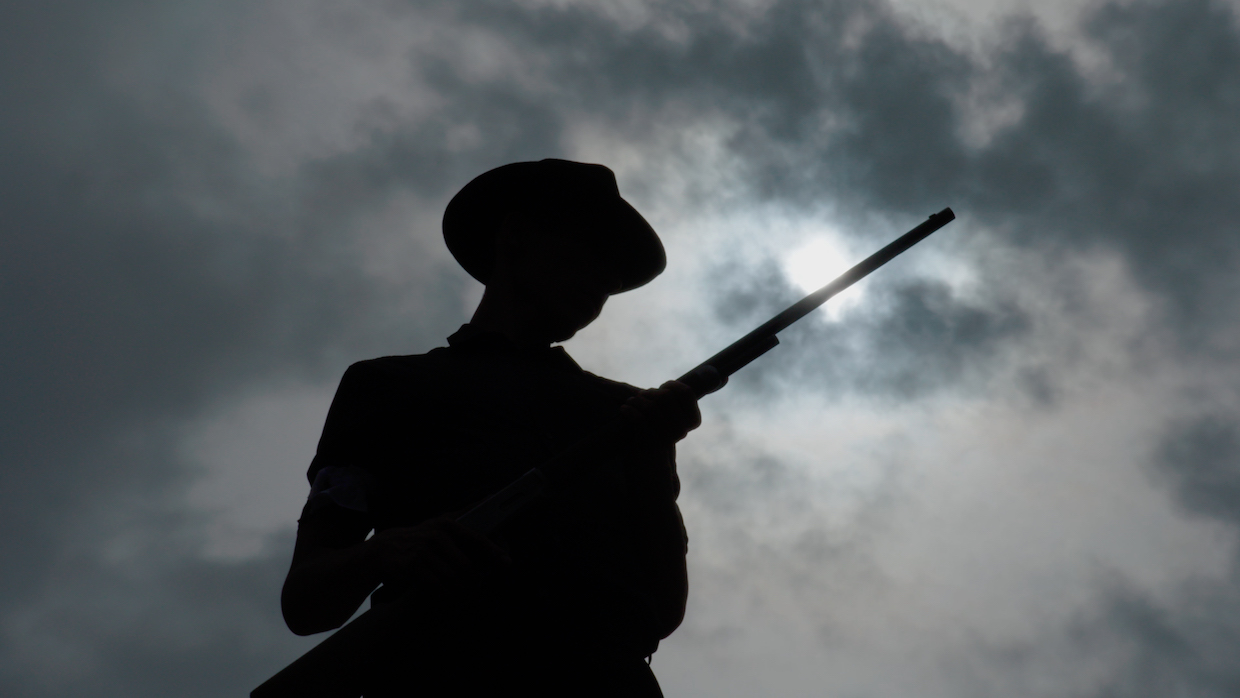 Grasshopper Film announced today the acquisition of US distribution rights to Bisbee ‘17, the latest documentary from filmmaker Robert Greene. Following its theatrical release, Bisbee ‘17 will be released on Blu-ray, DVD, and streaming platforms this spring, as well as on the non-theatrical market. From the press release:

Bisbee ‘17 follows several members of a close-knit community as they attempt to reckon with their town’s darkest hour. In 1917, nearly two-thousand immigrant miners, on strike for better wages and safer working conditions, were violently rounded up by their armed neighbors, herded onto cattle cars, shipped to the middle of the New Mexican desert, and left there to die. This long-buried and largely forgotten event came to be known as the Bisbee Deportation. Bisbee ‘17 documents locals as they play characters and stage dramatic scenes from the controversial story, culminating in a large-scale recreation of the deportation itself on the exact day of its 100th anniversary. These dramatized scenes are based on subjective versions of the story and offer conflicting views of the event, underscoring the difficulty of collective memory, while confronting the current political predicaments of immigration, unionization, environmental damage, and corporate corruption with direct, haunting messages about solidarity and struggle.

“For me the chance to work with Grasshopper again is a dream. I’ve worked with Ryan Krivoshey on our last several films, including the release of Kate Plays Christine by Grasshopper, and it’s always been an honor to be on the same label as some of the best cinema in the world. That Bisbee ’17 will now be in this same esteemed company is incredible. We’re so excited for people to see what we put together,” noted Robert Greene.

“I’ve had the pleasure of working with Robert on his last two extraordinary features, Kate Plays Christine and Actress. So I’m delighted that we’re releasing Bisbee ’17, a monumental achievement by a filmmaker who is creating the most innovative and relevant documentaries of our time, as well as someone who, along with the entire 4th Row team, I consider family,” added Ryan Krivoshey.

Lauren Wissot spoke to Greene about the film prior to its Sundance premiere last year. Click here to read the interview. Vadim Rizov profiled Grasshopper in April of 2016. For more information on Bisbee from Grasshopper, click here.