“We Had Less than Two Hours”: Creator, Writer and Star Danielle Uhlarik | Bootstrapped 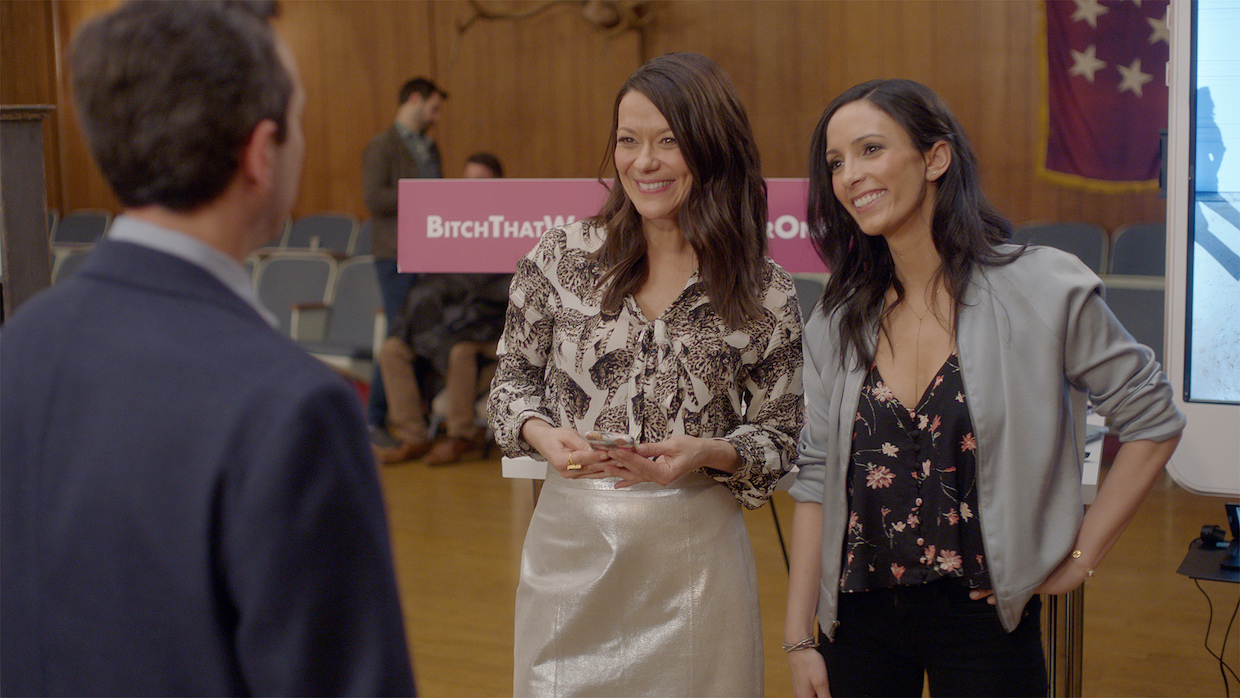 by Filmmaker Staff
in Sundance, Sundance Responses
on Jan 29, 2019

It’s hard to pick one part! It took so much to bring this project together. This script was written eight years ago and was finally brought to life thanks to funding from Gumption Pictures. I’m proud that there were an incredible number of women involved in the production. The cast was made up of my talented friends from Second City Chicago, so we got to play around a lot with the material on set.

But if I had to pick one part, I’m very proud of our penultimate scene. This was the big entrepreneur presentation that leads to a huge disaster, and it was almost its own disaster. It was the biggest scene cast-wise, in page length and it was the very last scene we filmed for the project, so we were already racing against the clock. We planned on having several hours to film, and due to a lighting and location issue, we had less than two hours. Not only did we lack the budget to go over, but we had a minor in the cast, so we couldn’t go past his working-hour limit.

So, thanks to a lot of transparency and communication between my director, crew and cast, we decided to divide and conquer. My director handled the lighting and location issue with the crew while I blocked and rehearsed the cast’s stage presentations. The stage presentation was supposed to be well-rehearsed and, since we were not, we had to quickly make up a stage choreography and figure out the best blocking visually. This is when being friends and working previously together helped a ton, because we worked quickly together, trusted each other and were able to be very real without fear of hurting someone’s feelings. We then quickly rehearsed the scene with our “audience” members—several who had lines and all of whom were new to set. My director was able to handle the tech issues just in time, a huge credit to her, and we filmed several angles of our biggest scene in very few takes. And when I watch it, I can’t believe we were able to pull it off so seamlessly. It truly took a village and I couldn’t be prouder of how well everyone worked together to make sure our disaster scene wasn’t its own clusterf*ck.