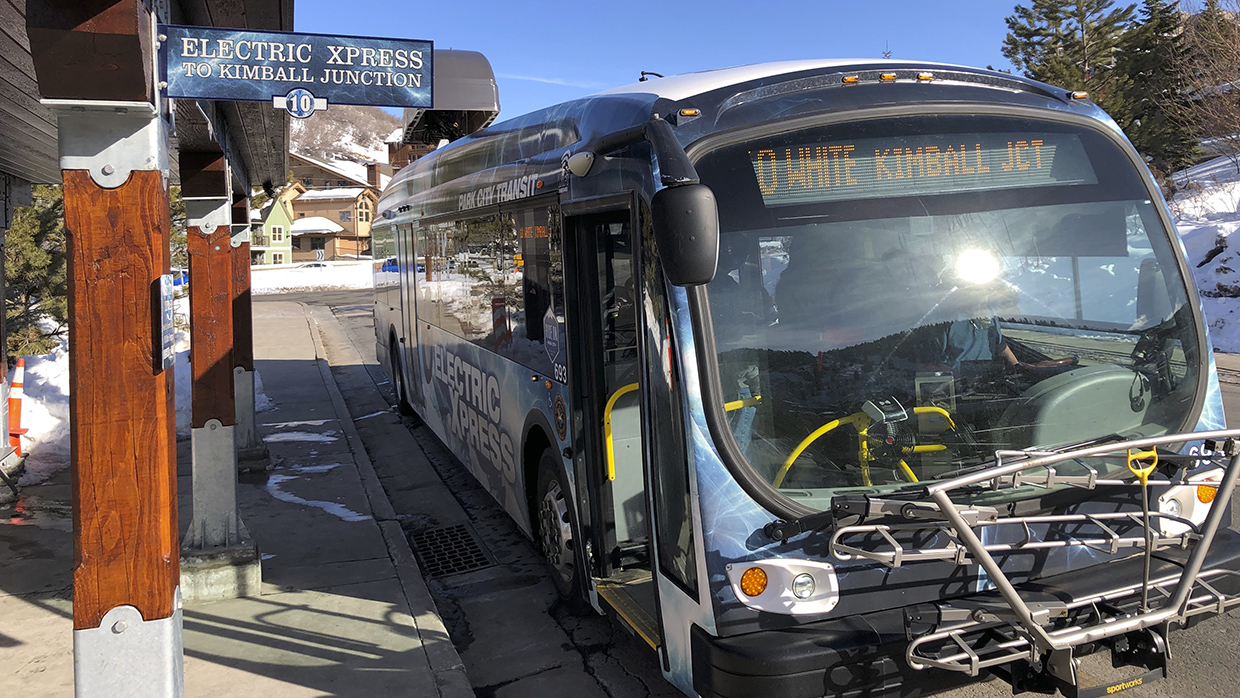 Sundance’s second weekend—the awards ceremony is tonight—provides a first opportunity to reflect on the impact of the 2019 festival. On the question of a breakout film at this edition of Sundance, the consensus (based on many conversations) seems to be “meh.” Which is not to say that a success story won’t emerge, since at least four films sold for between $13-15 million, which is encouraging.

Also encouraging are signs of the Sundance Institute’s investment in the festival’s future. Last year Sundance inaugurated a new 500-seat theater with Dolby Atmos sound, The Ray, which had been converted from a former Sports Authority next door to festival stalwart Holiday Cinemas (now relegated to press & industry screenings). Sundance’s New Frontier section, which showcases interactive and immersive works of augmented and mixed reality, has a new exhibition space in the lower level of The Ray, as well as—new this year—“New Frontier Central,” a studio space with a social lounge and three-sided “immersive stage” inside a small dedicated building next to Walgreens.

That’s not all. The Sundance Institute is planning to build a new headquarters as part of an upcoming Park City Arts and Culture District, a public-private development on Kearns Avenue (about where the Maverick First Stop convenience store is now), with the Kimball Art Center and the Sundance Institute as anchor tenants. During the festival, representatives of six architecture firms on the short list to design the new Sundance Institute headquarters visited the future site and swung by the festival to observe “the chaos.” Plans for the Institute’s new HQ include a 359-seat theater. My understanding is that with more screens and seating, Sundance intends not to program more festival films but instead facilitate scheduling with added screenings.

A temporary Kimball Art Center building next to the Institute’s future HQ site has been pressed into service hosting this year’s first-ever Sundance Institute Talent Forum. (The Bjarke Ingels Group will design a new upscale Kimball Art Center.) Taking a leaf from the Berlinale’s well-established and popular Talent Campus, which each year brings together 250 emerging young filmmakers from around the world as a sidebar to the Berlin Film Festival, the inaugural 2019 Sundance Institute Talent Forum hosted a three-day invitation-only gathering (Tuesday-Thursday) of 17 Fellows from the Institute’s artist development Labs, 47 teams of filmmakers with work in this year’s festival, and 42 new proposals and works-in-progress (presented to industry attendees). Also included were screenings, talks, and seminars. This welcome new component of the Festival is poised to exert yet another significant Sundance Institute influence on future directions in American indie filmmaking. Stay tuned.

If there seemed to be no critic’s darlings or consensus as to breakthroughs at this year’s Sundance, there were still a good many films that stood out and deserve to be widely seen.

If you’ve seen Danish journalist Mads Brügger’s earlier work at Sundance, like The Ambassador (2011), in which he—a bald, skinny white guy—impersonates a Liberian ambassador in order to infiltrate the blood diamond trade, you already know the droll, ironic, self-reflexive, and, all told, hilarious tone that accompanies Cold Case Hammarskjöld, Brügger’s reopening of the seeming 1961 murder in the Congo of United Nations Secretary General Dag Hammarskjöld. (At a Q&A, Brügger cited his chief childhood influences as Mad Magazine and his father’s subscription to The Economist.) But despite the wry attitude, this is no mere comedy; Brügger and Göran Björkdahl, a Swedish aid worker turned investigator of Hammarskjöld’s death, uncover not only evidence of assassination and complicity by a Belgian mining company as well as MI6 and the CIA (maybe KGB too), but a rogue South African secret society violently dedicated to white nationalism led by a “commodore” dressed like an 18th century British admiral, and also a plot to intentionally spread AIDS to the black population of Mozambique. In the final sequence, Björkdahl, intent on further investigation, sets off up the Congo River like Conrad’s Kurtz. This speculative and disturbing, if entertaining, exposé is not to be missed

You’ll eventually get a chance to view Stanley Nelson’s Miles Davis: Birth of the Cool on PBS’s American Masters, but do yourself a favor and see it first on the big screen. Nelson and chief editor Lewis Erskine have achieved the remarkable in fashioning a biography that’s not only unflinchingly raw but also deeply moving. If you’ve read Miles: The Autobiography, you will be familiar with the outlines of Mile’s trajectory from Illinois dentist’s son to 52nd Street bebop and beyond, but you will not have enjoyed the intimate recollections of lover Juliette Gréco (the French actress-singer) or vivacious ex-wife Francis Davis (who died last Thanksgiving), or the chorus of Davis collaborators like Herbie Hancock and Wayne Shorter fondly mimicking Davis’s famously raspy voice. (A raspy actor voices Davis’ first-person narration, drawn from interiew sources.) The reason to watch Miles Davis on the big screen however—besides outstanding picture editing and section headings in which an entire year of pop culture is collapsed into seconds by editor Yusuf Kapadia—is the glorious score made of wall-to-wall Davis music. Editor Erskine thankfully lets entire tracks play out across successive sequences—not chopping them up in service of the picture—which lends emotional and narrative cohesion. Judging by the Sundance screening I attended, a rich theater sound system is a great way to serve up this penetrating music.

Karim Amer and Jehane Noujaim’s The Great Hack starts off on an alarmist foot, depicting animated clouds of particles—bits of our personal data—spewing away from us as we heedlessly go about our daily lives. This represents personal data that is no doubt collected and monetized by Facebook and others. Thankfully the film’s focus narrows to the shocking tale of how London’s Cambridge Analytica (named by Steve Bannon) manipulated Facebook personal data to skew the outcome of the U.S. national election and U.K. Brexit referendum, both in 2016. One of Amer and Noujaim’s main subjects, an amoral former Cambridge Analytica executive turned whistleblower, Brittany Kaiser, will cause you to pick your jaw off the floor more than once, such as when you learn she’s a former Hillary supporter and Obama election staffer. As journalism, The Great Hack is forensic, a hack of a hack; as narrative, it portrays a step-by-step legal struggle to reveal the extent and abuse of personal data collection. What it wants is to catalyze a broad public discussion of Internet privacy rights. It might just succeed.

Nanfu Wang and Jialing Zhang’s One Child Nation similarly starts off on one foot—decrying China’s 35-year-long restriction of one child per family, part of a national effort to head off a predicted population explosion (the filmmakers’ polemic here verges on anti-abortionism)—then shifts gears to a broad underlying theme: government coercion applied to women’s reproductive choices. In China from 1979 to 2015, the One-child policy was used to justify mass forced female sterilizations. Pregnant women were also seized, tied to stretchers, and forced to undergo abortions as late as eight to nine months. Images of near-term fetuses found in trash dumps are heartrending. This well-made and disturbing film serves as a powerful indictment of both a specific history and a general inhumanity towards women still found worldwide.

Lastly—premiering not at Sundance but instead Slamdance—Brian Welsh’s Beats, a luminous black-and-white romp set in 1994 Scotland that follows the mishaps of two working-class teenagers, the insecure, timorous Johnno and his impetuous, reckless best friend Spanner, a bad apple in the mold of De Niro’s Johnny Boy in Mean Streets, with a partly shaved head evocative of Travis Bickel. In this telling, Parliament has just passed the Criminal Justice and Public Order Act of 1994 outlawing gatherings with “repetitive beats,” that is, raves, which the police are determined to violently suppress. Like a moth to a flame, a banned rave draws Spanner, dragging Johnny alongside him. Things don’t end well. However Beats is fresh and imaginative and never less than bravura from start to finish. It signals the arrival of a distinctively gifted film director. I can’t wait to see what he does next. Meanwhile, don’t miss this tour de force, best consumed on a big screen, like all the others above.