“Those Four Frames Made the Difference Between That Interaction Being Funny and Not at All”: Editor Zach Siegel on Quarter Life Poetry 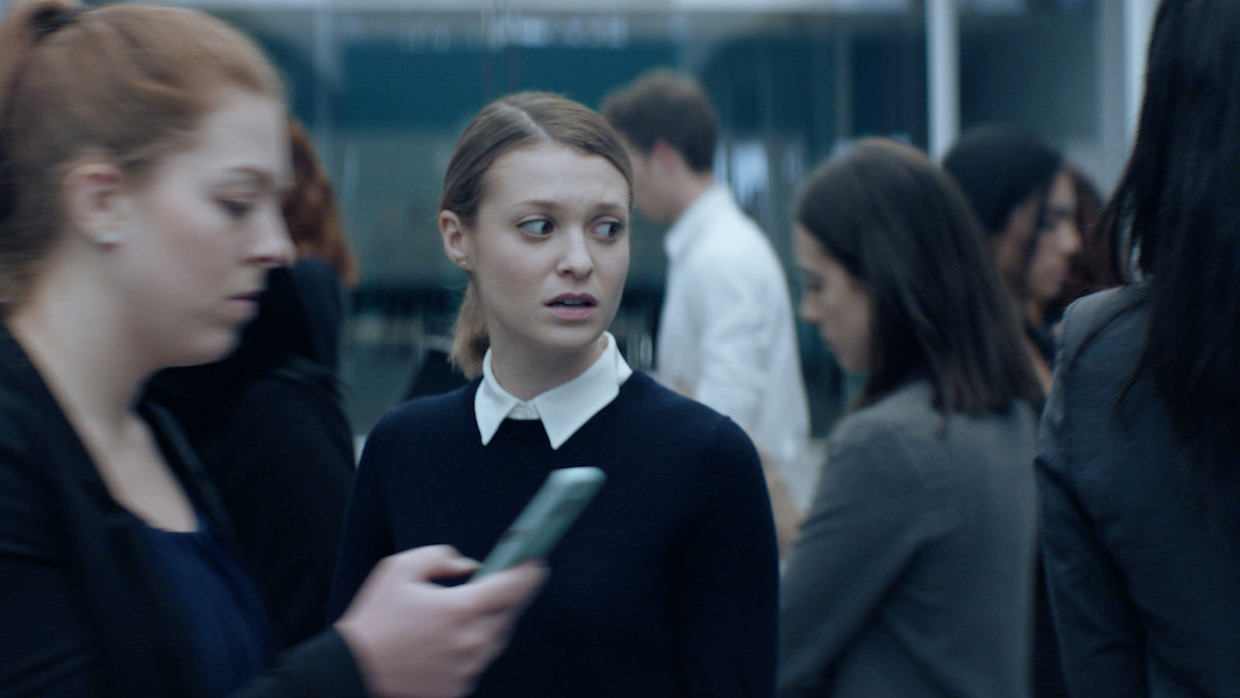 by Filmmaker Staff
in Editors, Interviews, Sundance
on Jan 31, 2019

Samantha Jayne’s Quarter Life Poetry began life as a Tumblr and Instagram, transforming her millennial 20something experiences into doodles and poems. Now it’s an ambitious series set to premiere on FX Networks later this year, brought to life with director Arturo Perez Jr. helming all ten episodes. Via email, Zach Siegel gets technical about the difference ten (or even four) frames can make when timing a laugh, invisible VFX work and learning how to edit during the boom of branded content.

Siegel: I was initially brought on to be the assistant editor, and I started syncing and organizing the footage while they were still shooting. Then, because I had extra time, I took a stab at editing a few of the scenes. After the wrap party, Sam and Art came over to my place and I showed them what I had been working on—and was immediately bumped up to editor. I think I saw what they were going for, and creatively, we all kind of vibrate on the same frequency. There’d be times when I was editing with Art that he’d start to ask me to try something, and I’d already be trying it, so you’d just hear, “Can you—yeah, exactly. But I think—yeah, just like that. And then—yeah!”

Siegel: My main goal as the editor is to put you in the mind and experience of the protagonist—to make sure the cutting is fun, natural, honest and tells the story without being distracting. My background is also in comedy, so I felt it was my job to help tease out the funny and cut out the fat. I think of editing as playing Jenga: you see how many pieces you can take out and still have it standing (and often you put pieces back in places you weren’t expecting).

Siegel: Firstly, I followed my gut—if an edit felt right, I trusted that. There were a few times I talked myself out of an edit, that trying something one way “made more sense” or I thought, “This is what an audience would want,” and Art was amazing at calling me out on it—he could feel if an edit was forced or didn’t come from the heart. He also has no ego, which is really unusual and amazing. I’d put something in my edit thinking, “Oh, I saw in the footage how much he wanted this,” and he’d immediately go, “Nah, doesn’t work, cut it out.” Everything we did was in service of the story.

Also, as an editor, I depend so much on notes and feedback from fresh eyes. I try to get as much data as possible and see where things are collecting. Often notes will come in the form of suggestions, and often those suggestions don’t work, but you have to try them in order to get to the root of what’s really bumping the viewer. For instance, there’s a moment near the beginning of “Savasana” where Sam disappears on the beach. This is actually a VFX shot—the original shot was Sam standing there the whole time. Sam liked it the original way and Art wanted a different shot—one without Sam at all, just an empty beach. Neither version worked, but I found a compromise of masking her out halfway through the shot to make her disappear. This is what the shot really needed, but we never could have found this solution without trying the other ones. Half of my editing process is me belting Adele to myself: “You’ll never know if you never try…”

There are also lots of happy accidents that are important to recognize and not rule out just because they were accidents. In “Friday Night,” Sam has an awkward conversation with another woman about her pants. For whatever reason, somehow I accidentally added four frames of silence between two of their lines, and those four frames made the difference between that interaction being funny and not at all.

Siegel: I graduated from USC’s film program with an emphasis in directing and editing right around the boom of branded content, and began editing for a bunch of companies including Buzzfeed, College Humor, Live Nation, etc. A lot of the work was “mini-doc” style, so we’d get anywhere from six to twelve hours of footage and have to cut it down to a minute, so I got good at quickly shaping a story in post. I also learned lots of little tricks, like subbing in audio from another take, masking two different takes together, and counter-keyframing to fix bad camera movement. In terms of influence, some of the movies growing up that made me go “dang, I love editing,” were Chicago, Eternal Sunshine of the Spotless Mind, Moulin Rouge!, and Black Swan. Also, Catwoman is a fascinating masterclass in how not to edit, and I love it dearly.

Siegel: We used Premiere Pro because it’s flexible, cheap and my favorite. It’s very customizable, supports multiple frame rates and sizes within a sequence (which was helpful, as each scene was shot slightly differently) and I think of it as a middle-ground between the extremely click-and-drag, user-friendly, editing-is-just-playing nature of FinalCut Pro (7), and the keyboard-heavy, have-a-plan-and-then-execute-it nature of Avid, which are the two NLEs I grew up learning. Also the “dynamic link” function, while sometimes glitchy, was invaluable to hop back and forth between After Effects and Premiere.

Filmmaker; What was the most difficult scene to cut and why? And how did you do it?

Siegel: The hardest scene to cut was definitely “Groupthink.” We had closeups on everyone, a few two-shots, about 12 masters, and lots of improvising, so there were endless possibilities. The script that was shot was also about two pages longer, and everything had to be funny. I knew “Groupthink” needed a rhythm that got faster and faster and faster until it exploded, and getting that pacing just right over the course of the piece was a tough task. The beautiful irony is that the key to nailing “Groupthink” was groupthink. I put all the pieces together, but it didn’t come into its own until Art and Sam were hovering over my shoulders going “what if we tried it a few frames to the left…?”

“Office Bathrooms” was a close second because I literally got nauseous listening to fart noises for hours.

Siegel: We had a few noticeable VFX shots, like in “Savasana” when Sam yells at giant versions of her head and they turn into smoke. However, most VFX shots are things you’d never know about. A few shots are time-remapped ever so slightly, or masked to remove a distracting extra or accidental boom shadow. The most complicated VFX shot is one you’ll hopefully never see, which occurs during “Planned Parenthood.” It’s an over-the-shoulder of both Sam and her work friend looking at empty chairs and a bus goes by in the window. There was a ten-second pause we wanted to cut out, and achieved it by masking and morphing the shot in three different places over the course of it. Our VFX artist, Kimo, did a beautiful job and you can barely see it even if you’re looking for it.