Little (And Not So Little) Gear Finds at NAB 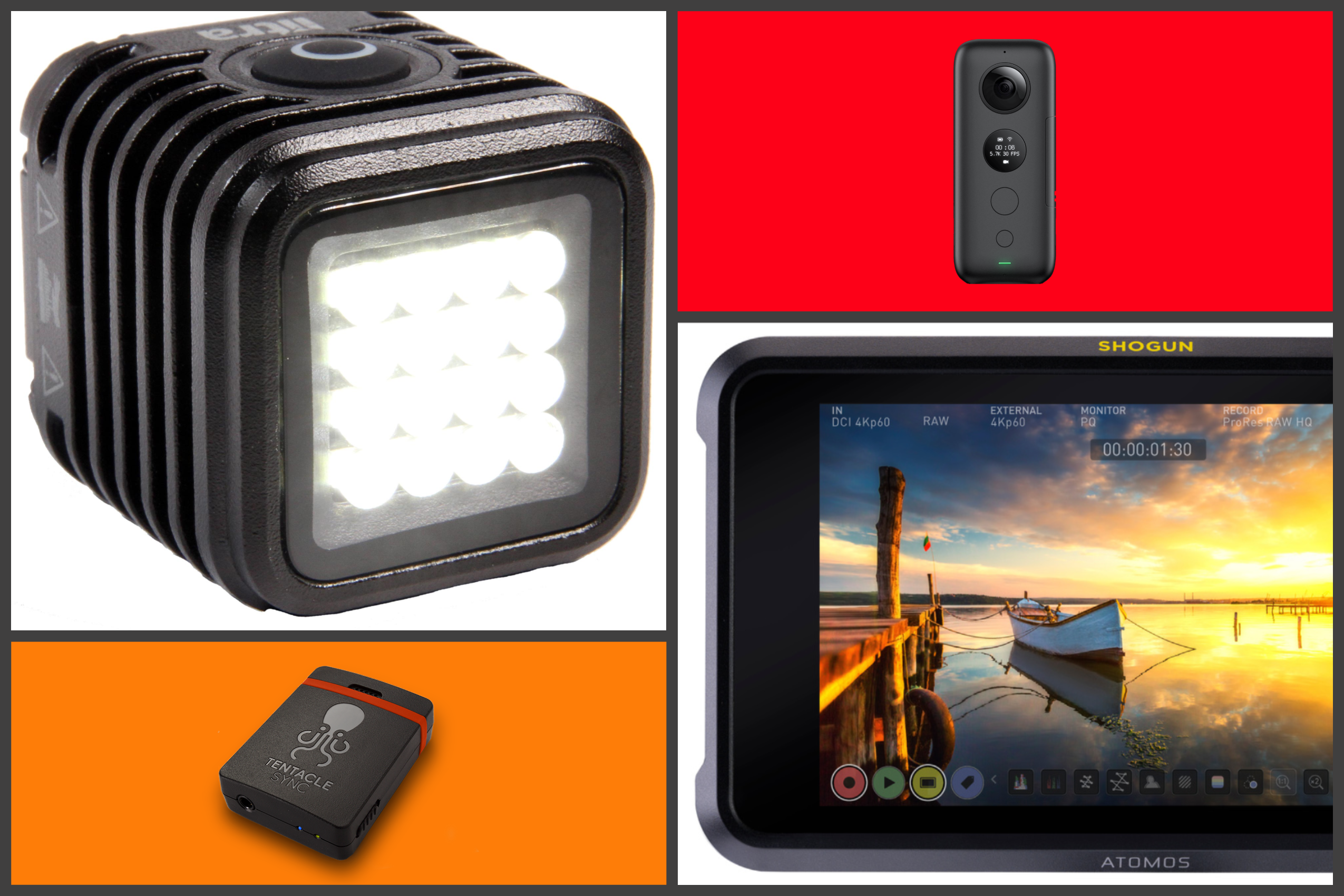 by Joey Daoud
in Cinematography, Production
on May 12, 2019

Most of the big news that comes out of NAB you’ll hear about, whether you’re there or not. Where NAB gets interesting is when you wonder around the cavernous Las Vegas Convention center, especially towards the back or perimeters, and stumble on some interesting gems of tools that might a unique solution or make production life just a tiny bit easier.

Here’s a round-up of some of the smaller finds from NAB (as well as a few bigger ones), all focused around production (post-production is coming up next).

Litra has some amazingly clever battery-powered portable LED lights. The LitraPro is their larger light. About the size of a GoPro it’s bi-color, dimmable, and waterproof. All the settings can be set through the onboard LED screen or controlled via Bluetooth on their app. You can simultaneously pair seven LitraPros with one phone, and group them together to create larger sources or fine tune a scene with ease.

The LitraTorch is the smaller light, being the exact same size as a GoPro Session. It’s set to daylight and has three brightness settings, yet still packs a punch. Also waterproof, it also has a magnetic back, perfect for quickly sticking to a metal disk on a phone or on a stand. 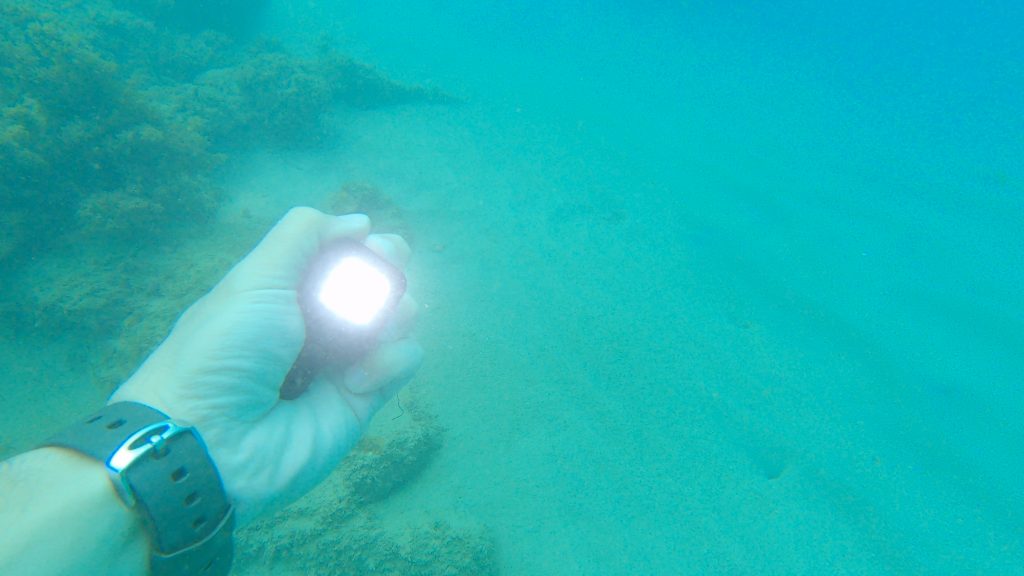 Litra provided me with a LitraTorch for testing and I just went diving with it. The light lasted about 50 minutes on full brightness.

Both lights have an extremely solid build. They can take hard hits and drops without missing a beat.

The Shogun 7 is Atomos’ new 7” HDR recorder / monitor. The basics are similar to Atomos’ previous offerings: HDMI, SDI, two battery ports, SSD recording. However this includes some feature upgrades for newer workflows including ProRes RAW and Dolby Vision monitoring via HDMI. It also has four SDI inputs, allowing for live multicam recording and switching, basically making this a baby version of the large 19” Sumo.

On the smaller end Atomos released the Shinobi, a 5″ monitor with no recording abilities. Also new are AtomX modules for the Ninja V, one of which adds SDI in-and-out capabilities. Shogun 7 is listed at $1499, Shinobi at $399, and AtomX modules at $149.

New from FiLMiC, the go-to app for turning your smart phone into a cinema camera, are some hardware compatibility updates so it will now connect and offer some control with the Movi Cinema Robot. They added some clever HUD controls for switching exposure modes and other settings all from different button clicking combinations on the Movi — no screen tapping required. Currently it just works with Majestic Mode but they’re working to add the other modes in future updates.

Also coming up later in the summer is a separate audio recording app that will jam sync to another device running FiLMiC for separate yet sync’d audio and video recording across multiple devices.

Basically a simple yet multi functional high hat, Platypod is a flat-plate mount for your tripod head that lets you place your camera in unusual positions. It includes attachable screw-on feet that can level out the tripod head on a variety of rocky, uneven surfaces. It’s got loops for strapping the plate to a rail with an included velcro strap. It’s got holes for screwing the plate into a wall or piece of wood. Basically it’s the Swiss army knife of high hats. Comes in two sizes.

Tentacle Sync is a clever solution for creating synchronized recording across multiple cameras and recorders, regardless if they have the ability to jam sync or not. Each device gets a Tentacle Sync, which are all synchronized via a phone. The Tentacle Sync now provides the timecode or if you’re recording to a DSLR, it will record the timecode data to one of the audio tracks (the device has a mic to also record an audio scratch track).

Using the provided software you can then synchronize all your sources and send it to your editor of choice, setup as multicam or synchronized clips.

PolarPro, the filter and accessory company for drones and GoPros, has a new variable ND filter for DSLR lenses. It has hard stops, so you can click the ND amount into place and know you’re getting consistent exposure.

In more filter updates, Tiffen has some new filters for the Osmo as well as a diopter.

Lowel has updated their classic (and hand burning) Tota lights to a LED version. They are set at daylight color temp and shoot out about a 750W tungsten equivalent. The lights are dimmable and stackable to create larger sources.

What’s the difference? Most of their apps and accessories are about taking the raw 360 footage and using it to create cool camera moves that you’d output into standard video for sharing, such as bullet time and their proprietary FlowState image stabilization.

While the camera itself is pretty straight forward for a portable 360 camera, they have some very clever accessories that deliver on getting very unique shots, such as a the Drifter, a rubber bullet housing for literally throwing the camera, and a swingable selfie stick for bullet time shots.