“I Was Drawn… to the Pure Mystery of It”: Liz Garbus on Her HBO Doc, Who Killed Garrett Phillips? 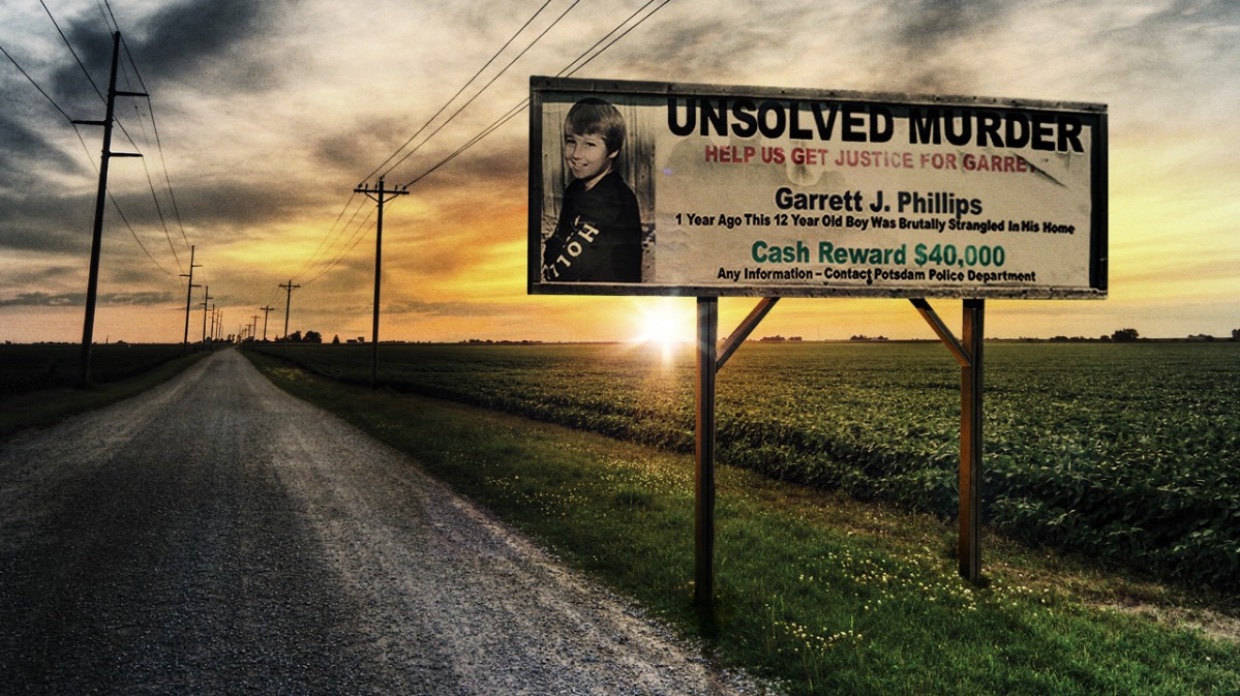 by Lauren Wissot
in Directors, Interviews
on Jul 22, 2019

In 2011 the small town of Potsdam, NY was rocked by an inexplicable atrocity: 12-year-old Garrett Phillips was discovered murdered in his home. The tragedy in turn launched a manhunt, which led to the ex-boyfriend — or rather, one of the ex-boyfriends — of Garrett’s mother Tandy Cyrus being arrested for the crime. Which only led to more questions as this man, Oral “Nick” Hillary, happened to be the beloved soccer coach at Clarkson University. And also one of the few black men in town.

Liz Garbus’s Who Killed Garrett Phillips? painstakingly follows the twists and turns that unfolded over the five years from Garrett’s death to Hillary’s trial. Through a treasure trove of materials — including police recordings, courtroom footage, and interviews with everyone from investigators, to family members, to Hillary himself — Garbus crafts a cautionary tale of what can happen when racial bias and a community’s desperate need for closure ultimately collide.

Filmmaker caught up with the acclaimed documentarian prior to the two-part film’s HBO airdate. (Part one premieres July 23 with part two airing the next night.)

Filmmaker: So what drew you to this story in the first place? What specifically separates Nick Hillary’s tale from the many other infuriating examples of black men victimized by a racist justice system?

Garbus: I was drawn to this story for many reasons, but I would say, firstly, the pure mystery of it. The fact that on a weekday afternoon, in broad daylight, a person could do this heinous crime and escape into the night unseen. And the way that the entire town and its culture were completely upended. You could really explore the fabric of this community, the interconnections.
Of course, issues of race, class, policing, largely unchecked prosecutorial power — those issues were a microcosm of those that plague our justice system as a whole.

Filmmaker: Were you convinced of Nick’s innocence from the start of the project, and if so, were you upfront about your viewpoint to all those you reached out to for interviews?

Filmmaker: Garrett’s mother Tandy Cyrus is notably absent from the film. So which “players” in this saga did you contact but couldn’t convince to go on camera?

Garbus: Tandy was kind and allowed us to film her but did not want to be interviewed. Same with her parents.

Filmmaker: There is one person, though, who agreed to be interviewed (and who I won’t name to avoid any spoilers), someone who your filmmaking seems to suggest as a much more likely suspect. Were you aware of this during the interview, or were you trying to keep an open mind? As a documentarian how do you even prepare to interview someone you think may have been involved in a heinous crime?

Garbus: Just like with Nick, I wasn’t sure about that person. What I knew about that person was he too had circumstantial connections to the crime. He, like Nick, had a connection to the family, was in the area, etc. That didn’t make him automatically guilty in my mind, but it was interesting why his circumstances were explained away but Nick’s weren’t.

I’ve interviewed people who have committed multiple murders, rapes, and more. Again, for me it’s about listening and learning, and being a conduit to tell a larger story — not about judging them myself in the moment.

Filmmaker: Your body of work is incredibly eclectic, to say the least. So how is the filmmaking process similar or not depending on the subject matter? This is obviously a very different film from, say, an HBO doc like Nothing Left Unsaid: Gloria Vanderbilt & Anderson Cooper.

Garbus: I’ve explored varied themes — I’ve been making documentaries for over 20 years. From the criminal justice system, to the exploitation of vulnerable women, [and about] iconic figures like Nina Simone, Bobby Fischer and Gloria Vanderbilt. I’m attracted to stories that explore love and loss, justice and the lack thereof, genius and madness.

The process is unique in every film. Certainly cinema vérité films share many qualities, while archival/historical films are different. But at the end of the day, it’s about telling a story that matters to me.