“We Decided to Treat the Policy and the Propaganda as if They Were Also Human Characters”: Nanfu Wang and Jialing Zhang on One Child Nation 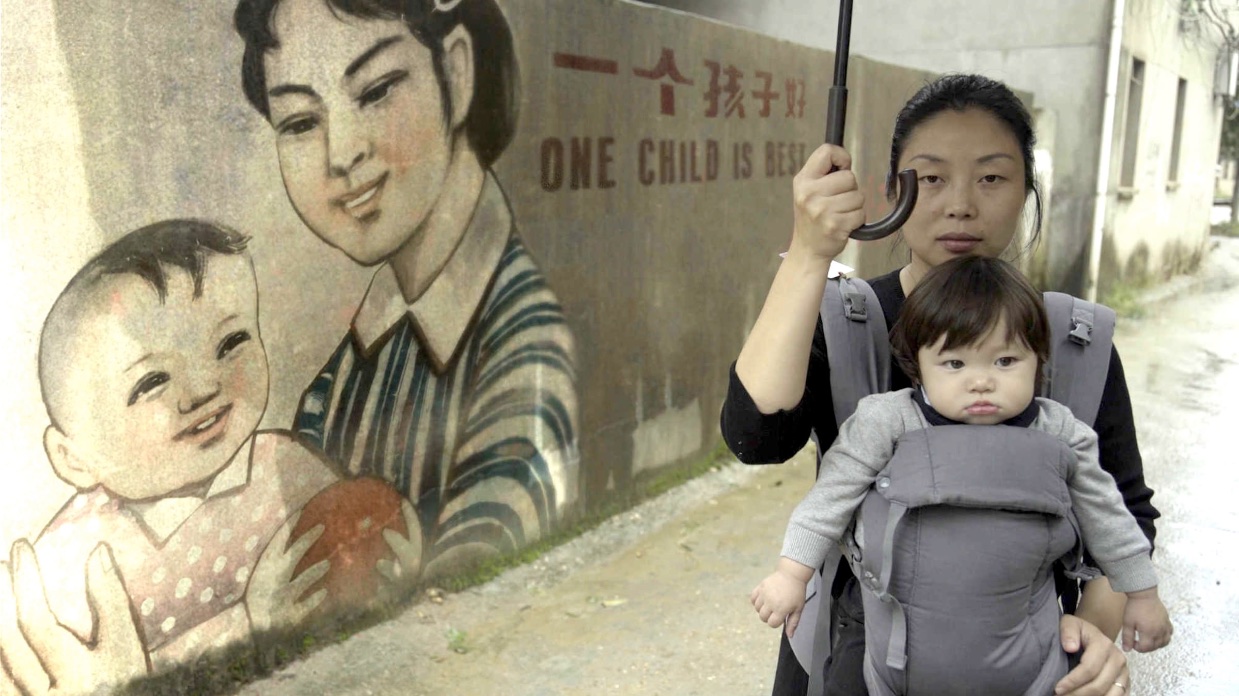 by Lauren Wissot
in Directors, Interviews
on Aug 8, 2019

One Child Nation, winner of this year’s Sundance U.S. Grand Jury Prize (and premiering theatrically August 9th via Amazon Studios), is a striking cinematic examination of China’s three-and-a-half decade long, one-child policy by filmmakers Nanfu Wang (Hooligan Sparrow, I Am Another You) and Jialing Zhang (Complicit). It’s also a stunning uncovering of the multi-layered machinations required for a government to negate reproductive autonomy.

And ironically, as the NYC-based Wang herself points out towards the end of the film, advocates of China’s (now defunct) policy and the US’s (very much alive) anti-abortion stance both subscribe to a core belief in state control over female bodies. Indeed, the US as well has a long record of forced sterilizations — most notably of Native American and black women — based on that same dubious “quality of life” justification that China long employed.

That said, the Chinese Communist Party took its mandate to a whole other bizarre level — openly celebrating (and, of course, propagandizing) its human rights abusing law. Which is why Filmmaker was excited to learn more from the China-born co-directors about this disturbingly dark chapter in their native country’s not-so-distant history.

Filmmaker: So how did you come to start working together on this film?

Wang: Early in 2016, I met for coffee with one of our producers, Christoph Jorg, and he asked me what I thought of the one-child policy as a person who grew up under it. We had ongoing conversations about making a film on the subject, but it wasn’t until February 2017, when I became pregnant, that the idea of exploring the meaning of the policy in a film became stuck in my mind. I moved away from China several years ago and didn’t have to worry about getting government approval to have a child.

Having my first child made me think about what it would have been like for the state to control such an essential aspect of my humanity, and I wanted to explore my questions about that in the film. When it was time for production to start, it was unclear whether it would be safe for me to go back to China because my previous film, Hooligan Sparrow, was politically sensitive.

I reached out to my friend Jialing Zhang, a great filmmaker who I met in grad school, to see if she would be interested in co-directing with me. She was the perfect collaborator for this project — her doggedness and sensitivity were crucial to the process of finding and interviewing people affected by the policy. Like me, she was born in the 1980s under the one-child policy and only left China for school as an adult. We shared a lot in common, including the same sense of responsibility to tell this story.

Filmmaker: You speak with a wide variety of “enablers” to the one-child policy, from village officials, to family planners, to human traffickers. Yet the voices of the state-run orphanages are noticeably absent. Did you interview anyone with firsthand knowledge of how those operated?

Zhang: We actually filmed many people who worked for the orphanages. But for different reasons they chose not to be included in the film, and we respected their choices and their right to privacy.

Wang: We interviewed a relative of mine who used to work with orphanages, and told me how she witnessed orphanages profiting from the international adoption program. Although she no longer works there, she was concerned that by speaking out it would affect her colleagues and friends who still held jobs in the same programs.

We also interviewed foster moms who worked for the orphanages in my hometown. They confirmed that a lot of babies who were brought to the orphanage were not orphans. Many of them were trafficked by people like Duan, or they were brought in by local doctors, midwives, and officials. With each character, we asked for their consent and respected their decision to stay off the record.

Filmmaker: I was quite struck by the overall artistry of the doc. Not just the visual aspect, which includes arresting archival footage alongside beautifully-shot artifacts from that era, but even your subtle use of music. It’s so well-placed, and it really lends itself to the atmosphere. When did you decide that interviews alone would not be enough to tell this story?

Wang: We never wanted to make a film that shows just interviews. Even for the “interviews” we did, we considered them as conversations rather than questions and answers. We wanted our audience to experience the one-child policy through the personal stories of the people who lived through it. We wanted people to witness the policy as we had when we were growing up.

So visually, we decided to treat the policy and the propaganda as if they were also human characters. The abundant propaganda material allowed us to explore what it was like to live in China under the one-child policy, and to understand why almost an entire nation of people were onboard with the policy.

With the music we had the same goal. We wanted it to communicate to the audience the emotions we and our subjects experienced. I’ve worked with composers Nathan Halpern and Chris Ruggiero on all three of my films, and they have always been able to create music that’s unobtrusive, subtle, and yet emotionally effective.

Filmmaker: Since you’re longtime critics of the Chinese government’s policies, why do the authorities continue to let you film in the country? Is it because your audience is in the West?

Zhang: We took extreme precautions to film in China and always tried to stay under the radar. We avoided any situation that would require us to show our IDs. For example, we tried not to take public transportation or stay at any hotels where the government could track us down in their system. We also tried to avoid filming in any situation that would expose ourselves to the authorities.

With all the careful planning we were able to finish filming without getting a lot of unwanted attention from the government. However, going forward we know it’ll be much more difficult for us to film in China again after One Child Nation.

Filmmaker: Do your relatives in China face any backlash because of your work? In general, what precautions do you take to ensure the safety of your subjects?

Wang: We always discussed the potential effect of the film with our subjects. In One Child Nation, the few people who were openly critical about the policy were the journalist Jiaoling Pang, who is in exile in Hong Kong; the artist Peng Wang, who lives in Beijing and has been outspoken for many years about the policy; and Brian Stuy and Long Lan Stuy, who live in Utah. The rest of the people, including my own family members, have all expressed their support for the policy. So far they haven’t encountered any direct contact from the government because of their participation in One Child Nation.