“A Movie is Not Something Where I Need to Convey a Message About How People Are Supposed to Live”: Director Kôji Fukada on A Girl Missing 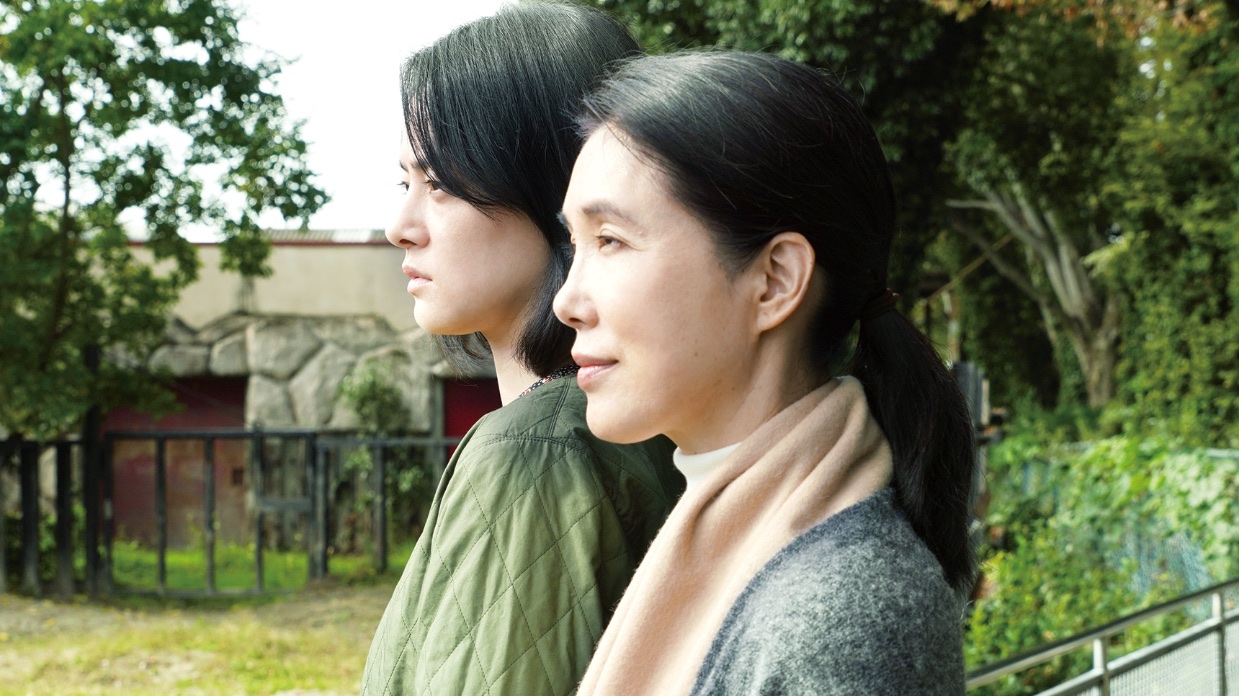 Since his debut feature, Human Comedy in Tokyo, in 2008, Kôji Fukada has steadily become one of the most interesting filmmakers working out of Japan in the last decade plus. Many of his features can be characterised by a protagonist or family unit’s apparent stability being upended by one event, a plot development that illustrates how easily and turbulently lives can spiral out of control. In his sophomore feature, Hospitalité (2010), this was played for laughs. In that film, a family printing business is gradually taken over by a former associate who talks his way into a job, moves into the building, and invites more and more people, with increasingly tenuous connections, to live with him in the cramped space.

Harmonium (2016), Fukada’s international breakthrough in terms of distribution and awards recognition, presents his darkest take on that theme to date. Winner of the Un Certain Regard Jury Prize at that year’s Cannes, it sees a man invite a friend with an unsavory past back into his life, offering him a job in his garage workshop, only for the kind act to have devastating effects on him, his wife and their young daughter.

A Girl Missing (2019) is not Fukada’s direct feature follow-up to Harmonium, with The Man from the Sea (2018) having premiered in between, but it is both a reunion with one of Harmonium’s stars, Mariko Tsutsui, and a return to a mode of storytelling that contains a significant time jump. But in contrast to Harmonium, the two narratives of A Girl Missing play in parallel.

The first timeline follows Mariko Tsutsui’s character, the middle-aged Ichiko, living under the alias of “Risa,” and who, for reasons left ambiguous for much of the film, insinuates herself into the life of a much younger hairdresser, Kazumichi (Sōsuke Ikematsu). In this earlier timeline, which receives most of the focus, Ichiko is an in-home nurse for the terminally ill. She becomes close with the two granddaughters of an artist she cares for, and when the youngest, teenager Saki (Miyu Ogawa), is abducted one day, her nephew is implicated and Ichiko is caught up in the ensuing media sensation.

Filmmaker spoke to Fukada, via an interpreter, at the Locarno Film Festival, where A Girl Missing received its international premiere a few weeks after its release in Japan. We discuss his working relationship with Mariko Tsutsui, a specific Eric Rohmer film’s influence on A Girl Missing, the state of the Japanese film industry, and the debt to theater troupe Seinendan in his work.

A Girl Missing had its North American premiere last week at the Toronto International Film Festival; it travels next to the New York Film Festival.

Filmmaker: What was the inspiration for the story?

Fukada: I have to say that the main inspiration came from meeting Mariko Tsutsui on my previous movie, Harmonium. I just wanted to make a new movie with her as a protagonist. At first when I started writing the screenplay, it was about three women who were somehow related in a story. There was an eldest sister who would be played by Tsutsui. Then we decided to change the screenplay, and so Mariko Tsutsui became the leading actress. It was no longer a story about three women, but rather one.

Filmmaker: What is it about her as an actor that you appreciate so much?

Fukada:  First and foremost, she’s got great acting skills. She’s extremely experienced, having trained for a very long time, not just with movies but also with theater. You have these two points: great acting skills and great experience. These by themselves would already make you understand that she’s really good at getting into any possible role, but it’s not just that. She is also always very committed to getting into character. She does a lot of research. She really prepares herself in order to understand who she’s going to play. And so, [we have] a relationship based on trust. And because of this trust, I know that I can write my screenplay very freely because she will be able to fully realize what I’m writing about.

Filmmaker: Did her research include the field of nursing?

Fukada:  Yes, and that also applies to myself. We actually researched by going to a so-called nursing station, like the one you see in the movie. We both went for research, but at the same time, she, by herself, also went with a nurse on Saturdays, visiting the place of a cancer patient.

Filmmaker: Is your experience with the theater company Seinendan, which you joined in 2005, still feeding into your film work? Could you discuss the philosophy behind their approach to acting?

Fukada:  I’m still part of the Seinendan theater troupe. For the past 20 years, it’s been quite well recognized. The philosophy behind it is to try to find an acting way that is more modern, more contemporary, because before the Seinendan theater troupe, the way that was used to act in Japan was often extreme overacting with a loud voice, big movements. No, we were trying to do something that was more real, that was more reminiscent of everyday life. The way we would talk would recognisably be like actual everyday talk; naturalistic tones of speech. This was the main philosophy behind the troupe.

And there is one thing that I was really surprised about when I saw the company’s performances. Often, the average length of a performance is two hours. And often, the characters in the story never show their true colors. So, what happens is that you have several lines of dialogue, but you cannot understand the thoughts of the characters just from those lines. But at the same time, you can still understand very well the changes in the relationships among the characters. And then, because of the way the script is written, you can fully understand if they are sad, if they are happy, if they are angry. The work in their repertoire is very well constructed. It’s very well built up in terms of story. And I keep that in mind when I create something myself.

Filmmaker: In light of that, what kind of notes did you give your actors about approaching the material of A Girl Missing?

Fukada:  Once I write the screenplay and then give it to the actors, I usually trust them with everything. But of course, I have my own views about the screenplay, so what I usually do before the actual performance, when we rehearse, is explain what’s important for me that has to come through in their performance. So, what I would tell them is just not to decide beforehand everything about the acting; not to be too explicative about their own performance. It is very important that they pay attention to all the other actors doing their job and interact accordingly. From that interaction they have to understand how to move all together, not just as a single person but as an ensemble.

Filmmaker: Could you talk about your visual scheme for the film, especially the composition of deceptive dream and hallucination sequences that are scattered throughout? An example is that early scene when Ichiko abruptly starts acting like a dog on all fours that’s then revealed to be a dream.

Fukada:  While I was shooting those scenes I would approach them in exactly the same way as the scenes of actual everyday life so as not to make anybody understand just from the look of it that it was a dream.

Filmmaker: Tell me about the structuring of the two timelines. Did you shoot the older one first?

Fukada: The first timeline was shot in about ten days. Then we had reasons to have a three-week break, and then we had the second shoot that was focused on the material where Ichiko has become “Risa.”

Filmmaker: With the two timelines, I was reminded of duality being an idea present in previous films of yours like Harmonium, whether that’s in terms of characterisation or how the narrative is told. Would you say dual events and qualities are of great interest to you?

Fukada:  Rather than saying, “I’m interested in duality,” I would say that I’m very interested in plurality. And this is because I just don’t think that everything has to be about light and shadow; there can be a number of shades in between. And this is also because it’s not like human beings are inherently good or evil. How they interact with their environment and other people differs based on the situation. How you interact with different people — like if you’re talking to a child — changes how you talk. Different factors always affect how people are going to interact with one another, so you can have a plurality of possibilities. And so, I suppose that, somehow, this is all reflected in my movie production.

Filmmaker: The film’s Japanese title, Yokogao, meaning “side profile,” alludes to a person not being reducible to just their outward appearance. Would that choice of title directly relate to your interest in plurality?

Fukada:  Yes, exactly. The interesting thing about a side profile is that you can see one side or the other side, but not two profiles at the same time.

Filmmaker: Did the overseas awards success of Harmonium – winning the Un Certain Regard Jury Prize at Cannes — help at all with getting this new film funded?

Fukada:  This is a co-production —  Japanese and French – and because of that, yes, there was the possibility of getting our funding from a larger number of sources.

Filmmaker: Could you discuss the apparent interest across your filmography in these stories where familial and social dynamics are forced into uncomfortable directions? Hospitalité (2010) was the first of your films I saw.

Fukada:  For me, a movie is not something where I need to convey a message about how people are supposed to live. It’s about my way of seeing the world and showing the world that I’m seeing. This time around, it was much more important for me to show how anybody can have a very normal life, but because of a coincidence, because of something that doesn’t have anything to do with the skills or the personality of that person, everything can change in the blink of an eye. Everything can become uncertain through one circumstance.

Filmmaker: In almost every interview with you, your love of the films of Eric Rohmer seems to come up. Would you say any particular films of his have DNA in A Girl Missing — or were influences coming from elsewhere?

Fukada:  I really appreciate every film by him, so much so that often when I’m tacking a particular scene, I think, “How or where would Eric Rohmer take this particular scene?” There is a movie by him that perhaps could be seen as important to my new film: Full Moon in Paris (1984), where this girl becomes the center of a complicated story. This is something that I might have had in mind during the shooting of A Girl Missing. In fact, there is a scene where Ichiko, when she’s Risa, and Kazumichi are dancing together in a club. I had Full Moon in Paris on my mind when I shot that particular sequence.

Filmmaker: What are your thoughts on the current state of the Japanese film industry?

Fukada:  I think at the moment, there are a lot of directors of my generation that have got great talent in several ways. The issue is that at the moment, the Japanese industry is not built in such a way that these directors can fully show their potential and their personality. There’s also the fact that the subsidies are still very low. There are not many subsidies when you want to make a movie.

Filmmaker: Are there any things that regularly inspire your work in general?