Start Your Engines: The Sound Team of James Mangold’s Ford v Ferrari on the Thrill of the Race 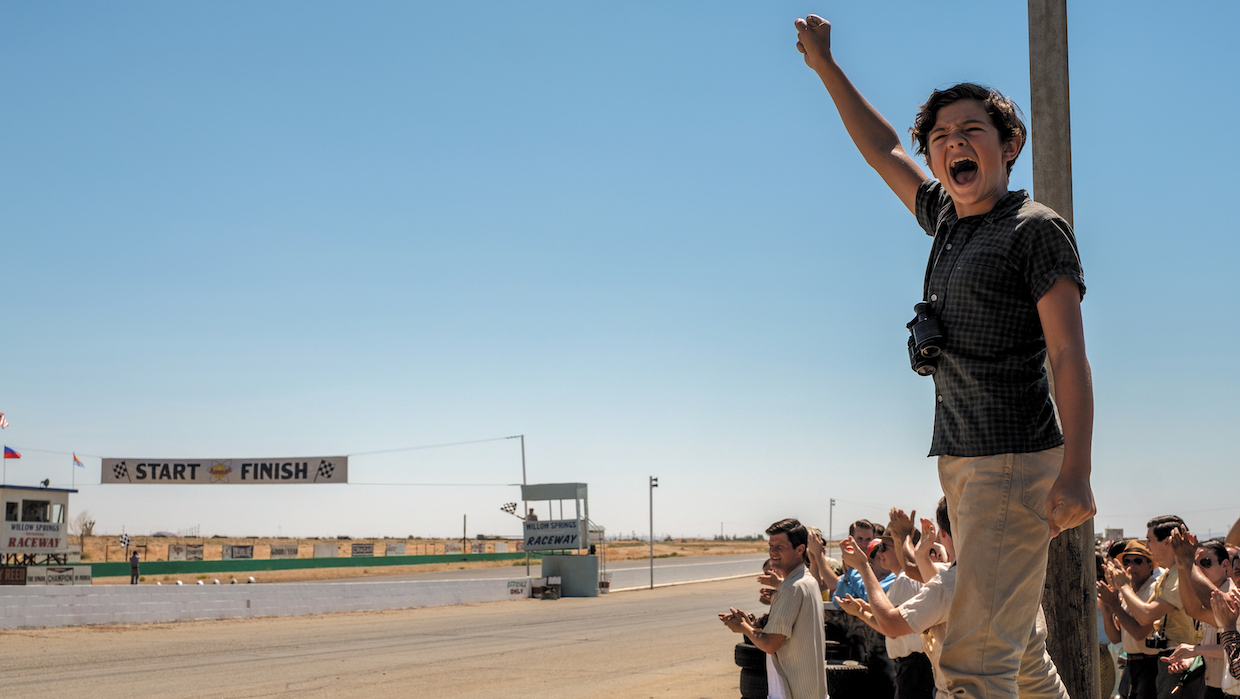 Supervising sound editor Donald Sylvester was working on James Mangold’s Ford v Ferrari before shooting even started. “They had mocked up some of the races with visual effects and pre-viz,” Sylvester says, “proving that you can see the right scene, but if you don’t feel the cars, it’s hard to visualize.”

The sound journey of Ford v Ferrari, from those early pre-visualizations to the Dolby Atmos-mixed period feature currently exciting audiences in theaters, is one involving the sound team’s intense collaboration with Mangold, careful consideration of POV and the interplay between internal and external space and perspicacious car collector detective work. It reunited Sylvester with re-recording mixer and sound designer David Giammarco and re-recording mixer Paul Massey—all veterans of previous Mangold films, including Logan and 3:10 to Yuma.

Giammarco, who works together with Massey on the mix stage, says, “We bring a knowledge of how Jim likes to work. The biggest thing with him is that it’s all about story. Yes, it’s a racing movie, but there’s so much more to it. It’s a relationship story between these guys [race car designer Carroll Shelby, played by Matt Damon, and racer Ken Miles, played by Christian Bale].”

A constant throughout the three sound specialists’ work is Mangold’s iterative approach, where he’ll hear successions of temp mixes for individual scenes throughout early post, discover and hone ideas, and then continue to experiment once he hits the mix stage. “Jim likes to turn the scene over and let me have a whack at it,” Sylvester says of Mangold during the edit. “He takes his first reaction [to that edit] and makes notes. He likes to see things fresh, so in the beginning we were taking some of the racing scenes and final-ing them. Early on, we developed the internal approach to moments in the film, where we’d feature the engines and the cars, then get inside the head of the driver.”

Then, says Massey, “So much was definitely found on the stage. Jim has fabulous ideas of storytelling. He’ll throw out ideas, and David and I will try them all.” “We mixed the film natively in Atmos,” continues Giammarco, “and one of the things we were hoping to achieve was putting you in the space of the car as best as we could—immersing the audience in suspension rattles, the vibrations of the cabin interior. We wanted to make it as visceral as we could without being overbearing and loud, so there were internal moments where we took things out quite drastically. We’d do that and cut outside, and you’d be immersed in a car screaming by.”

The sound team strived for authenticity, but as Sylvester points out, there was often little reference material to work with—neither good audio of the actual races nor the original cars to record. Sylvester says they started with library sounds and eventually included recordings of a Lamborghini. “But we knew we had to find the real cars. A couple of people were working on it full time and striking out—no one wants to take their expensive period race car out on a racecourse with film yahoos.” Finally, three months into the cut, post-production manager Matthew Wells found an Ohio collector with a 1960s Ford GT40 via a featurette done on him and posted to YouTube. And then that collector led them to another willing to lend his ’59 Ferrari. The cars were recorded on a track in Florida. Says Giammarco, “We set up microphones all through the interiors and all through the track.” Of course, the filmmakers weren’t able to take the cars up to the 220 mph speed and through the sustained distances depicted in the film, but Massey says that wasn’t an issue. “It wasn’t so much how fast we could get them going, it was about capturing the different rev points of the engine, and the sounds of when it was straining.”

If the races are Ford v Ferrari’s action scenes, what’s unusual about them is their length—the Le Mans race, for example, is 24 hours in real life, represented by 25 minutes of screen time. It was in these sequences that the sound team’s hand-off approach was best represented. “I had done the music pre-mixing,” says Massey, “and was very aware of the makeup of the score, which I had in 5.1 and 7.1 beds, with every track separated. David was aware of the cars—the squeaks, rattles, brakes and suspension bumps. In these large sequences, it was about who needed to lead at each moment to generate emotional impact. In the Le Mans race, sound effects couldn’t sustain for 25 minutes, so we would choose moments to hand off to one another. There are areas with a lot of music, then lulls, quieter moments—peaks and valleys within the emotional arc of that race.”