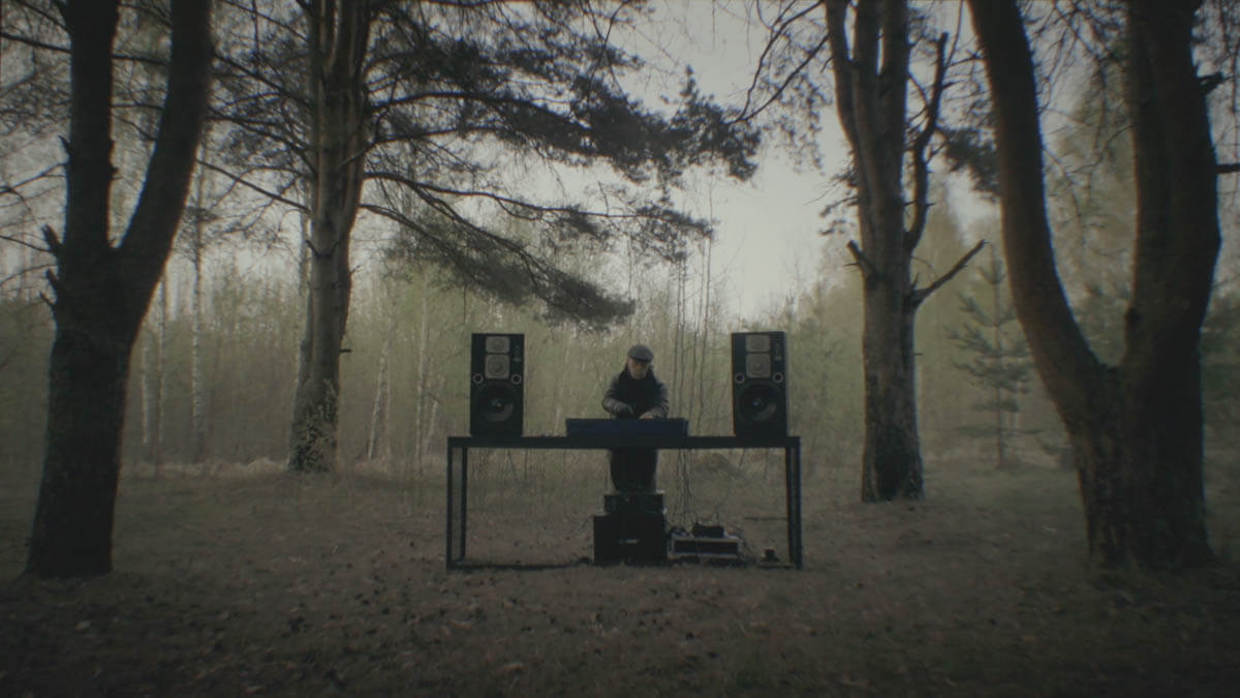 Let’s state the obvious: attending a film festival for a prolonged period is a privileged experience. Few can boast that they got to spend a week sitting and watching movies all day.

You have two options on your hands in attending any festival. There is the Indiana Jones approach: run in, grab the treasure and bottle it out the door. Assuming you have the inclination, this is your ticket to compile a gratifying best-of-the-year list in a relatively bloodless fashion. In this case, movie festivals become a convenient service with a practical goal: better to see this stuff here than pirated at home on a laptop screen. Generally speaking, if one can withstand the shock and awe of the cultural warzone in which we all collectively eke out an existence from day to day, then of course these places are a pleasant means for a movie lover to quietly and comfortably catch up on that which they have missed in the normal course of the year.

The other approach is to take what you see during the festival as an opportunity to reflect on the experience as a whole. Movies therefore do not become monolithic totems represented in diagnostic dispatches, summaries and lists, but nodes in a network of connections that exist in large part through the circumstances of seeing them. The act of loving curation is the starting point for the best small festivals, while the vagaries of chance and flukes of fortune fill out the rest. Given the compulsive nature of cinephilia as an activity, this philosophical remove becomes difficult to nurture. To have the temperament of somebody who embeds themselves in a film festival over a longer period, and in a visual culture over an even longer one, is to be drawn into a compulsive love of the image. Naturally, this rarely goes hand in hand with any kind of sobriety. Because of this, I often complain about the sheer impossibility, as a badge holder at a festival, of either seeing enough movies to take stock of things in any meaningful sense or of being able to reflect on the entire experience in a clear-eyed way.

Though I’m not an expert, I would guess that most of the casual denizens of a festival like Doclisboa—a Portuguese non-fiction festival now in its 17th edition and as invigoratingly great as ever—will pay to see two or three movies at most. Even a program as intelligently crafted as Doclisboa’s is built from many parts at odds with each other: television-style info-docs, opaque retrospective treasures, hyper-personal reflexive shorts untethered from all modes of commercial image making. And even this most integrated and well-formed of programs is spread over cinemas across the city: from the Cinemateca Portuguesa, found near Avenida da Liberdade; to the vast cultural institution Culturgest, near Campo Pequeno; to Cinema Ideal, the oldest cinema in Lisbon, sitting on the boundary between Bairro Alto and Bica.

Each of these screening spaces generally stand in for a section and, for the most part, a single smooth side of the multifaceted crystal that is Doclisboa as a whole. In a single evening I might see a film like Daniil Zinchenko’s Tinnitus, about a community of nihilistic electronic musicians in Russia coming face to face with the premature deaths of their comrades, twenty minutes before a Netflix-style talking head documentary about the filmmaker Miloš Forman. Their unlikely psychic juxtaposition poses new problems of interpretation; chasing the thread becomes an enterprise that grows more maddening by the minute. The documentary about Forman was designed for easy consumption: a pleasant elucidation of the life and career of an exceptional filmmaker whose dogged determination and clarity of vision brought him unparalleled success in Hollywood while simultaneously blunting his peculiarities and eccentricities. The documentary depicts his life as he lived it, and therefore it is difficult to shake the feeling that the guy gradually diminished himself as an artist even while retaining his personal integrity.

The electronic musician John Duncan appears in Tinnitus first as an unsure figure hovering among mossy headstones in a graveyard and later—and finally—as a golem facelessly operating a soundboard in the 35-minute static take that ends the film. He imagines his tinnitus as a private concert. For him, the condition is an inner celebration of the pugnacious sounds he works with, most culled from short-form radio. It is a space in which he can absorb these vibrations in their totality. The other denizens of the film are, like Duncan, so present you feel like you could reach out into the movie screen and touch them. Likewise, their music is all-consuming; it pulsates and warbles into infinite variations of electronic noise, filling space like a physical presence. The music scene depicted is an intricate one, with many obvious riches that lay beyond the knowledge of a casual viewer and listener. But the stench of death that is soaked into the film like blood into a rag is real, as is the impression that all those before the camera are living, breathing creatures, making this all the more devastating a project.

One gets little sense of Forman as a presence in Forman vs. Forman. Helena Třeštíková and Jakub Hejna’s cheap, plastic style builds distance from the director as a body even as they probe deep into the bleakest moments of his personal life. I guess some movies are too well-made for their own good. His hulking physique, his way of expressing himself in conversation as elegantly as might an actor or a dancer, his sheer presence in a bustling crowd of extras on the set of The Fireman’s Ball—all are mere traces in the hands of these talented but unimaginative biographers. Their film exists, in a roundabout way, as with Tinnitus, to document an historical period and capture the spirit of a group of people—in this case, Forman and the people in Forman’s life. His hatred of the Communist regime in Czechslovakia, which he denounces and ridicules in his quintessentially laconic style, is galvanizing—as are, in a related way, the moments in which we see his proximity to future president Václav Havel, a former classmate. Who could fail to be moved by Forman’s forceful tribute to Havel from the pulpit of New York cathedral in which he is incredulous to note that a powerful, blustery film director like himself had struggled to produce anything of worth under the Czechoslovak communists while a soft-spoken playwright was able, through the force of his convictions, to topple a murderous regime without a single bullet being fired?

Yet in tastefully reasserting Forman’s place in this lineage, as well as within his own personal biography and body of work, Třeštíková-Hejna’s film shrinks from the man himself as something other than a figure from history and as a wit. He is but a phantom when revived in these archival fragments. The movie as a whole is bereft of the corporeal presence of its star subject. The charting of a social scene and an epoch is painstaking and detailed, though their subject, unlike the subjects of Tinnitus, remains curiously elusive and beyond our understanding as anything but the faint historical trace they have been rendered as.

The varied East German films that constituted Doclisboa’s tribute to the 30th anniversary of the falling of the Berlin Wall proved far richer and more complex in their fractured totality, even though pretty much all of them shared a common form: the interview or vox pop. No country has ever mined the worth of this specific form more extensively, and few have extracted from it such rare and delicate treasure. The more familiar with this broad historical period, the more steeped in this mode of filmmaking one became by burrowing into the program, the more atomised the individual films appeared as artistic objects. The allure, the draw, the impossibility of Doclisboa became its singular ability to expand and refract into endless permutations of itself. If you were to see only a scattered few movies based, let’s say, on fleeting interest or a friend’s recommendation, how could you ever hope to get a sense of the festival as a whole, assuming you would want to?

But as Frank Beauvais finds in his Just Don’t Think I’ll Scream—one of the highlights of the festival this year—the more images you watch, the more these same images begin to watch you. Entire films are reduced to snatches in your memory: the flick of an actor’s wrist, the squeal of a tire, the broad slash of a knife, the flutter of leaves on the surface of a pond. Beauvais’ film, built entirely from found footage recovered during a period of manic film consumption amid a post-break-up depression, suggests this sensation through its frequent emphasis on disembodied hands and legs. He defamiliarizes his subjects, even those from famous movies we half-recognise. We do not see their faces. In fact, we rarely even understand the significance of their gestures. While certain images play like cheap puns, rhyming and toying with lines of Beauvais’ narration, the majority of his discoveries from this archive simply resist interpretation.

As somebody at festivals striving to make sense of these things as media events and to find value beyond individual works, I most crave the feeling of—and Doclisboa exemplifies this—a kind of unifying impulse that organises these multifarious experiences into a coherent whole. Yet Beauvais’ film, in many ways, points to the impossibility of the act. His is a sea of films, one he is ready and even eager to throw himself into escape the vicissitudes of his personal life. On occasion, in both Beauvais’ film and Doclisboa as a whole, the intoxicating lure of individual works—individual snatches of time—diminishes enough for you to stumble upon traces of overarching design. You might be able to, in other words, briefly grasp for a lifeline. Both film and movie festival itself appear to you as contained visions, exceeding the bounds of individual moments in the former and works or series in the latter and suggesting the scope of the project as a whole.

In the latter case, this effect is only exaggerated with accelerating shifts in our visual culture, which themselves shift the emphasis away from solitary works of genius to serialised or democratised minor pleasures. As a friend recently observed, most of what people interact with these days can be found at the peripheries, with 8-second Insta stories or 80-hour television serials. In the British election, more people watched a famously tough interviewer, spurned by Boris Johnson’s refusal to be questioned, deliver a fiery reprimand—trimmed and styled for social media—than would have watched the interview itself. Films are only a glimmer amid the overwhelming glut of media-produced images that have succeeded in colonising our vision. To be sure, smaller festivals’ curation of an idiosyncratic “highlights of world cinema” has real value to people’s lives. But where movies once were the vast shifting blob that could swallow and amalgamate other artforms, now an even more unstoppable beast—one that feeds on the staggering overabundance of images in which we are all embedded—has absorbed what was left of the cinema.

Doclisboa, without compromising an inch of its integrity, better reflects the polymorphous nature of our media landscape than any festival I know of. It does so not by pouring resources into VR sidebars or roundtable discussions about the “future” of cinema. Instead the plurality of its program makes it impossible, as with our dispersed visual culture as a whole, to neatly characterise its rhythms.

To appreciate it, you must be willing to risk the underwater currents. You must simply plunge in.