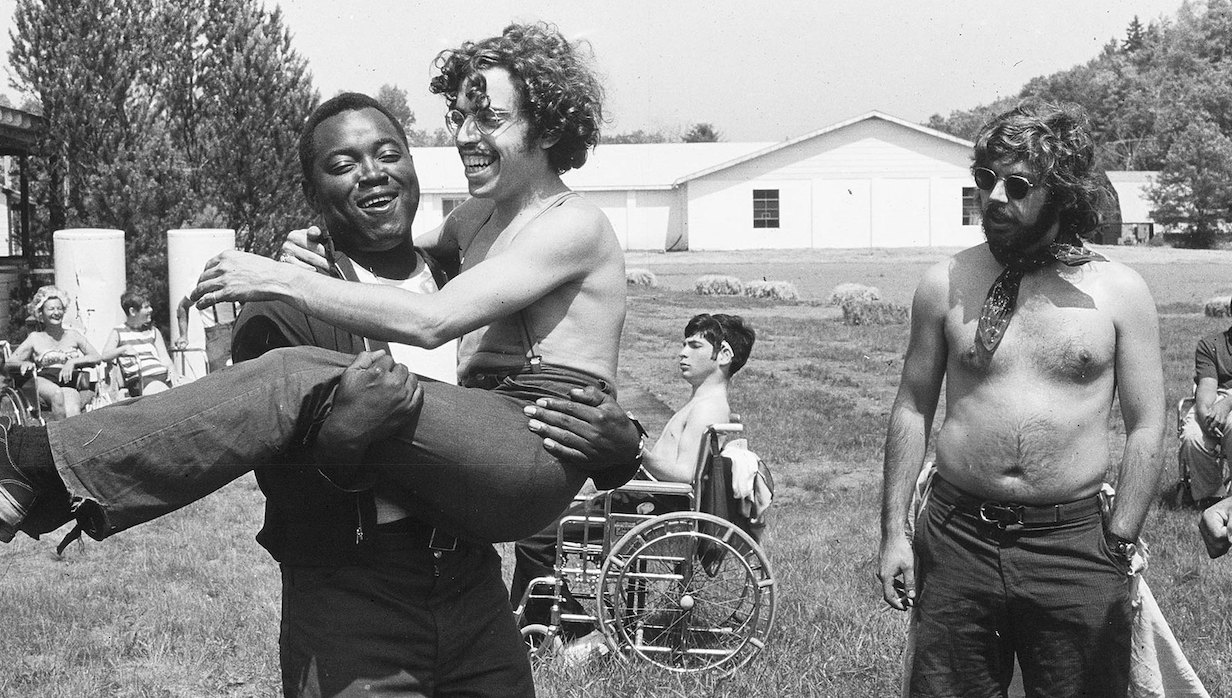 by Filmmaker Staff
in Sundance, Sundance Responses
on Jan 23, 2020

The props—or tools—of the everyday lives of people with disabilities are part of the fabric of Crip Camp, present in every scene of the band of campers-turned-friends that our film traces through the 1970’s. In Crip Camp, wheelchairs, crutches and canes take on new shape and meaning: campers aren’t “wheelchair bound” or “confined to a wheelchair,” but out of their chairs, swimming, lounging and having make-out sessions in the grass. A blind leader’s cane becomes a staff that she bangs on a table to rally activists during a protest. A punk performance artist uses his chair as part of a burlesque act, strutting on stage in his wheelchair in a bikini bottom. The sounds of wheelchairs, often not present in films, is ever present—the rattle of manual chairs at Camp Jened shifts to the liberating whoosh of power chairs as our characters move to Berkeley and become part of the Independent Living Movement. These are the joyous sounds of the coming together of a diverse group of disabled people with a common cause: to secure the civil rights afforded other Americans, and obtain a life of their choosing.