“The Film I Imagined on That First Read Came to Life Before My Eyes in the Edit”: Editor Patrick Lawrence on Scare Me 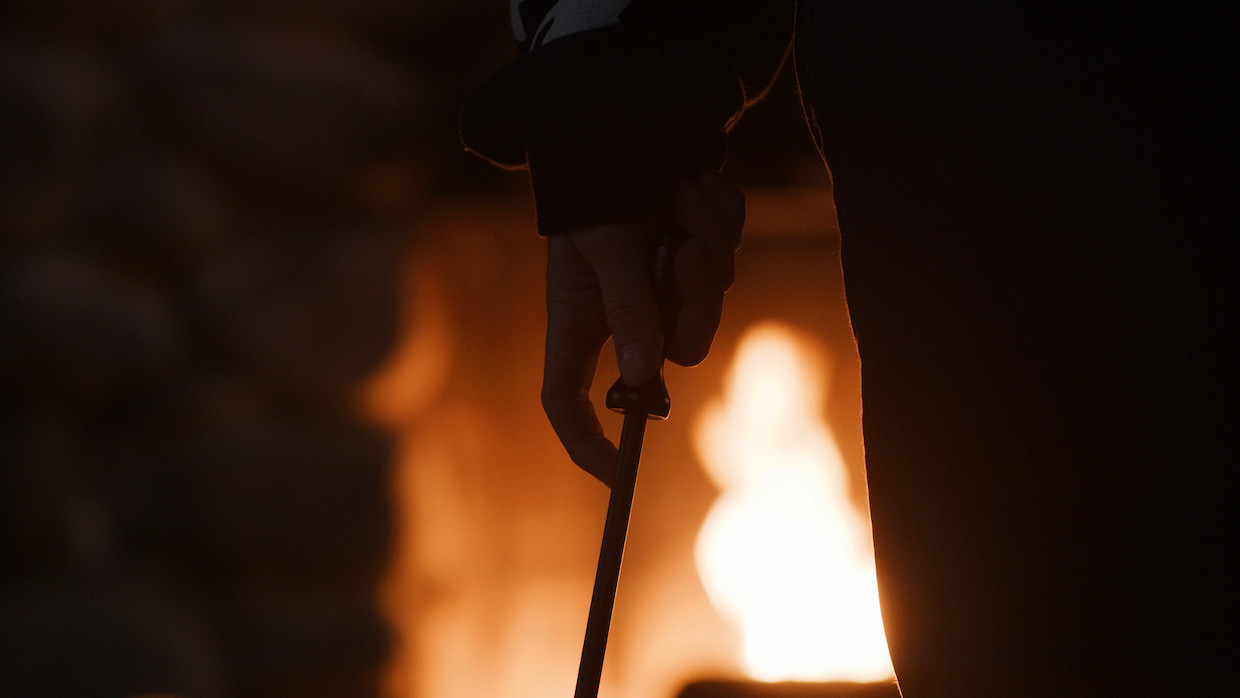 Scare Me (courtesy of Sundance Institute)

In Josh Ruben’s Scare Me, two strangers, stuck in a secluded cabin during a power outage, tell each other scary stories to pass the time. As tensions rise and fears are heightened throughout this horror-comedy, Fred must also face his own insecurities as a writer. The film’s editor, Patrick Lawrence, discusses the challenges of best showcasing the performative scary stories that make up the film, as well as the ways in which his background in music has influenced his editing style.

Filmmaker: How and why did you wind up being the editor of your film? What were the factors and attributes that led to your being hired for this job.

Lawrence: I was really blessed to have worked with some incredibly talented directors and producers over the last few years, who referred me to our director, Josh Ruben, as he had been asking around about which editor he should hire for his first feature.

I went to meet Josh for coffee one day in March 2019 and thought he was standing behind me in line, but when I turned around I was staring right into the big blue eyes of Chris Pine. Eventually Josh did show up, and we really hit off…and we both agreed that seeing Wonder Woman’s boyfriend meant it was our destiny to work together.

Lawrence: I was sold on the concept of the film before I came on. The production team at Irony Point had already created a very effective proof-of-concept trailer to help raise money for post-production. They sent it to me as we were discussing the project and I saw that Scare Me was unlike anything I’d ever done. The film takes place entirely in the vicinity of a secluded cabin in the woods with a cast of just 3 actors telling scary stories over 90 minutes. There’s werewolves, creepy grandpas, trolls, and an evil version of American Idol all appearing within the confines of each creepy tale.

The challenge was to find the absolute best version of each take of these performative scary stories. Our actors (Aya Cash, Chris Redd and Josh Ruben) would bring a different incredible performance to each angle/take; an entire story could play out in a single shot OR be cut traditionally with a wider range of emotions. So when editing a scene together from multiple takes, I had to be hyper-aware that their performances tracked tonally throughout the narrative of each tale, while still maintaining the energy of their performative storytelling.

Lawrence: The script was a blueprint for sure, but in no means was it the be all/end all for the structure of the film. It helped me know where to start a scary story, where that story would end, where to place the film’s interlude scenes and then where to place the next spooky tale. I used markers and notes within Adobe Premiere to catalogue and organize the juiciest bits of each take. This helped streamline the edit in the assembly process as well as pluck out optimal alt takes when putting together the director’s cut.

My process for assemblies is to just throw everything onto my timeline. I am very OCD when it comes to the scenes I edit and I never send out what some consider a ‘rough assembly.’ The first cut I share with a director is always polished or at the least an advanced rough cut. Scare Me had a few scenes in which the geography of the room or the nuances of a story could get confusing when it came to visualizing the cut. I found the best thing for me to do would be to find my cut points and throw them in. I could start drawing my Point A to Point B–even if I couldn’t see the road in front of me.

The “Satan Singer” story was my favorite scene to edit. It comes towards the end of the film and allowed me to spread my wings a bit and incorporate my experience as a music video editor. The scene is presented as a demented episode of American Idol but it never leaves the interior of the cabin-in-the-woods. I knew, like Jeff Groth’s work on Joker, that the segment needed to evoke the feeling of an actual episode of television. To achieve this, I watched more reality competition programs than your doctor typically recommends. I utilized cross-dissolves and selected my cut points to match the actions of Aya Cash from different takes. Scare Me was shot with a single camera but the edit creates the illusion of a multi-camera live broadcast. Much like the the MacArthur Park sequence in (previous Sundance competitor) Clara’s Ghost, I believe this scene fully defines the brand of a Patrick Lawrence edit.

Lawrence: I’m originally from St. Louis, MO. It’s a great place to grow up but production jobs are pretty few and far between (Chris Pine does not often come to town to get coffee). I spent the majority of the 2000s drumming with my band Nothing Still and I decided to segue that artistic experience into a career in filmmaking. I used my connections in the music scene to get into the world of directing music videos and learned (with some help from my drummer’s ear) to edit with rhythm and pace.

The scarcity of production jobs out in the Midwest required me to be creative when it came to finding work. I took gigs on short films, political ads, and even instructional videos for 18-wheeler trucks. By the time I reached 30, I’d worked my way up to feature films and knew it was high time to move to Los Angeles to try and make it for real. It was in 2015, less than a year after the move, that I was lucky enough to work with director Bridey Elliott and her producer, Sarah Winshall (Smudge Films) on the short film Affections. In 2016, we took it to Park City. Since that debut at Sundance I have edited 12 feature films and 4 television series (including Bonding on Netflix) and have been back to Sundance in 2018 and now again in 2020.

Premiere has been my tried-and-true editing platform for the last eight years. I float back and forth between Avid and Premiere, depending on the needs of a particular project, but the muscle memory and symbiotic relationship I have with Premiere really shows in the speediness of my workflow. I am fortunate to have had six films premiere at the Sundance Film Festival since 2016 and all of them were edited using Adobe Premiere.

Lawrence: The greatest hurdle we dealt with on Scare Me was how to trim the film down from 2 hours and 10 mins to a more manageable 100 mins. The issue with this was we have five scary stories being told in a linear and continuous narrative, making it very difficult to lift or eliminate any problematic scenes. Unfortunately, we ran into just that issue when one of the scenes in the film was just not working for our test screenings…and lifting it all together would not make sense for the narrative progression of the film.

Josh Ruben and I were forced to roll up our sleeves and get creative with how we presented the story in question in order to keep it in the film, while still cutting it down from its original 11 minute run time. I suggested using the erratic emotions of our characters to motivate faster cuts, with no real linear path for the story to be told, while at the same time using an eerie piece of score to turn the story into a montage/recap so that the audience could pick up the finer beats of the scene, without having to sit through the entire thing. The end result is one of the funniest scenes in the entire film, and our follow up test audiences absolutely loved it.

Lawrence: The director wanted Scare Me to have a vintage, ’80s horror aesthetic. As a result, the majority of the special effects were done practically–in camera. Most of the VFX in the film are simple laptop screen comps, but my favorite effects in the film were indeed placed by our VFX artist–a few “subliminal messages” slipped in of lightning flashes and shadows on the wall.

Lawrence: This film has challenged me as an editor in a way where I was forced to approach the formation of my scene building in new and exciting ways. It taught me to be even less reliant on what is in the script and to trust the performances of our actors to help build structure to the overarching story.

I’m very happy that when it was all said and done, that Scare Me turned out just as incredible as I had pictured it when I first read the script. The characters and haunting visuals leaped off the page and because of the incredibly detailed and hard work of our Director Josh Ruben, director of photography Brendan H. Banks, our actors, and the entire production team…the film I imagined on that first read came to life before my eyes in the edit.