“The More Real We Could Make the Film, the More Unsettling It Would Feel”: Editor Benjamin Moses Smith on Spree 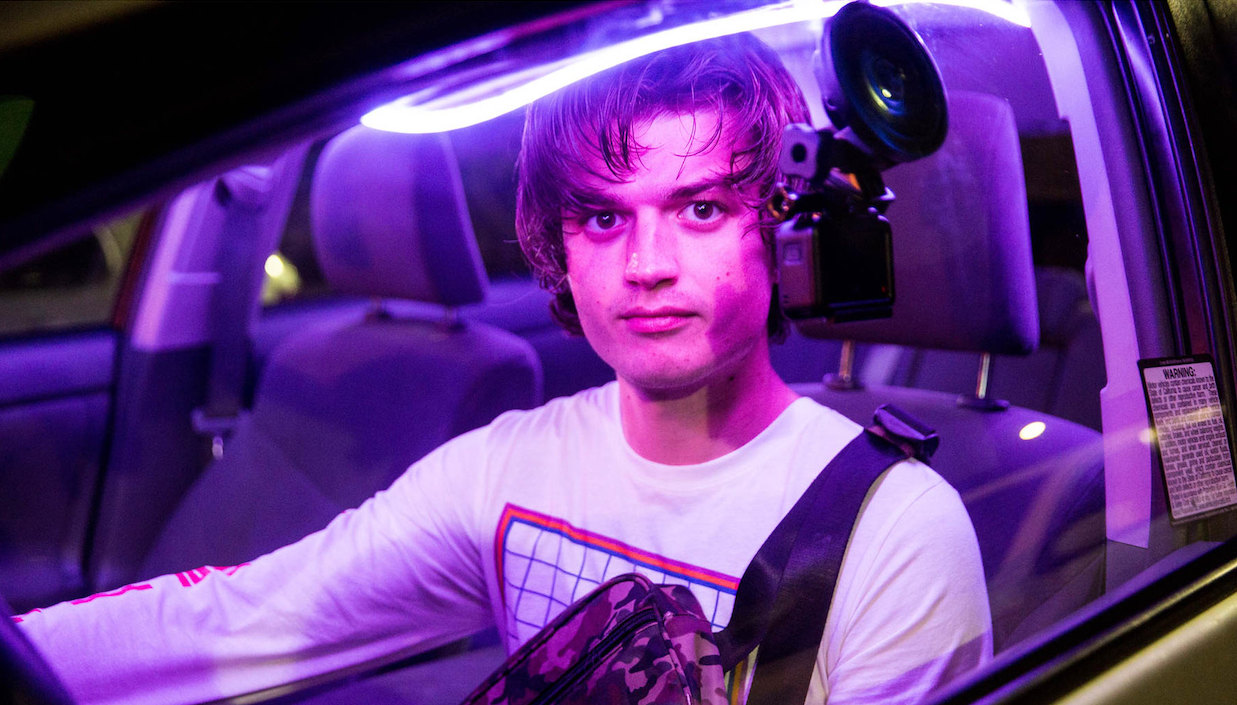 In Eugene Kotlyrenko’s Spree, a rideshare driver, Kurt (Joe Keery), dreams of social media fame—but he’ll settle for notoriety. He decks his car out with eight cameras and livestreams something called #TheLesson, which quickly results in carnage. Editor Benjamin Moses Smith talks about the editing of a “live stream” movie, the sensitive material integral to the film and his impending title as “the best “8 cameras mounted inside of a car editor in the world.”

Smith: Eugene Kotlyrenko and I have been working together since I moved to Los Angeles in 2012. He brought me on to cut a web series called Feast of Burden for MOCAtv, the LA art museum’s YouTube channel. I loved editing it and working with Eugene, who was obsessed with pushing the scrappy footage we had to its maximum potential. He demanded we try anything and everything to squeeze every bit of cinema out of the cut. Our instincts really lined up, both in how they overlapped and how they opposed each other. We’ve been making stuff together ever since. This is our third feature, after A Wonderful Cloud and Wobble Palace.

Smith: The film takes the form of a continuous live stream, shot mostly from 8 cameras mounted inside the main character’s “Spree,” a fictional ride share app. His phone, its apps and interface, as well as footage he streams from it are also a huge component. It was important to us that the film feel “live,” but we also knew our coverage was highly experimental. We really had no idea how cutting between wide, static cameras stuck inside of a car was going to feel over a 90 minute film. Other characters’ social media and more ‘found’ sources become a part of the movie as it progresses, but at the start we wanted to make sure we sold the film’s liveness without totally exhausting the audience.

Smith: We both felt like the more real we could make the film, the more unsettling it would feel. At first, we wanted to keep a lot of the movie in our primary wide dash cam angle and let the actors perform. Eventually we realized this wasn’t going to work. The performances were great, but the overall effect was totally oppressive. As we started to cut more, and use more angles more often, the scenes started to really click.

The film’s material is also highly sensitive. It’s an extremely dark satire. We’re riding a very fine line between making a statement about social media/internet culture, and something that could be seen as glamorizing Kurt’s behavior. The rigidness of sticking to a live stream format kept us struggling to leave the audience with the right takeaway. We couldn’t quite define our intent. So we had to let go of some of the “liveness” and open the film up to intercutting, pastiche, and non-diegetic score, things we had initially resisted. Once we allowed ourselves to use more proper movie techniques, we found the control to land the film the right way.

Smith: My first job out of film school was editing and post producing for The Onion News Network, The Onion’s web series. There I learned a lot about comedy, but also how to push everything to its absolute potential. No one at ONN was ever satisfied with a good cut and we used every trick in the book to make every episode great, despite limited resources. I’ve tried to carry that with me in all of my work since.

Smith: We decided to cut in Premiere very early in the process because our editorial team was going to be small. I had one assistant during production, Justin Ulrich, who was a huge help getting the massive amount of footage organized and into groups/multiclips. But the rest of the time it was just me who had to deal with any extra elements. We were constantly adding from phones, or video we ripped off the internet, or graphics we were temping in from somewhere or other. Premiere reduces a lot of the friction for that stuff compared to Avid, and I knew we would be experimenting and pulling new stuff constantly, so it was an obvious choice.

Smith: Probably the very first ride. We’re introducing the audience to Kurt, but we’re also teaching the audience how this very unusual “live streamed” movie is going to work. On top of that, without giving anything away, the actual content of the ride is extremely loaded. It was a really difficult thing to balance. It took us a while to get comfortable with breaking time even slightly so early in the film. Once we realized we were more concerned about how live things felt than viewers were, we were able to crack the scene.

Smith: The whole edit was a process of learning what we could and couldn’t get away with, and how to best use the 8 surveillance-style camera angels. Eugene used to joke that when we were done, I was going to be the best “8 cameras mounted inside of a car editor” in the world. Our push towards making it as live as possible helped us create a great starting point, but of course eventually we came to realize we should do whatever the film needed. We were still making a movie, and audiences come into it with the expectation that they’re getting a movie, not a live stream. Hopefully we’ve created something that still feels authentically live moment to moment, but satisfies in the way the best films should.