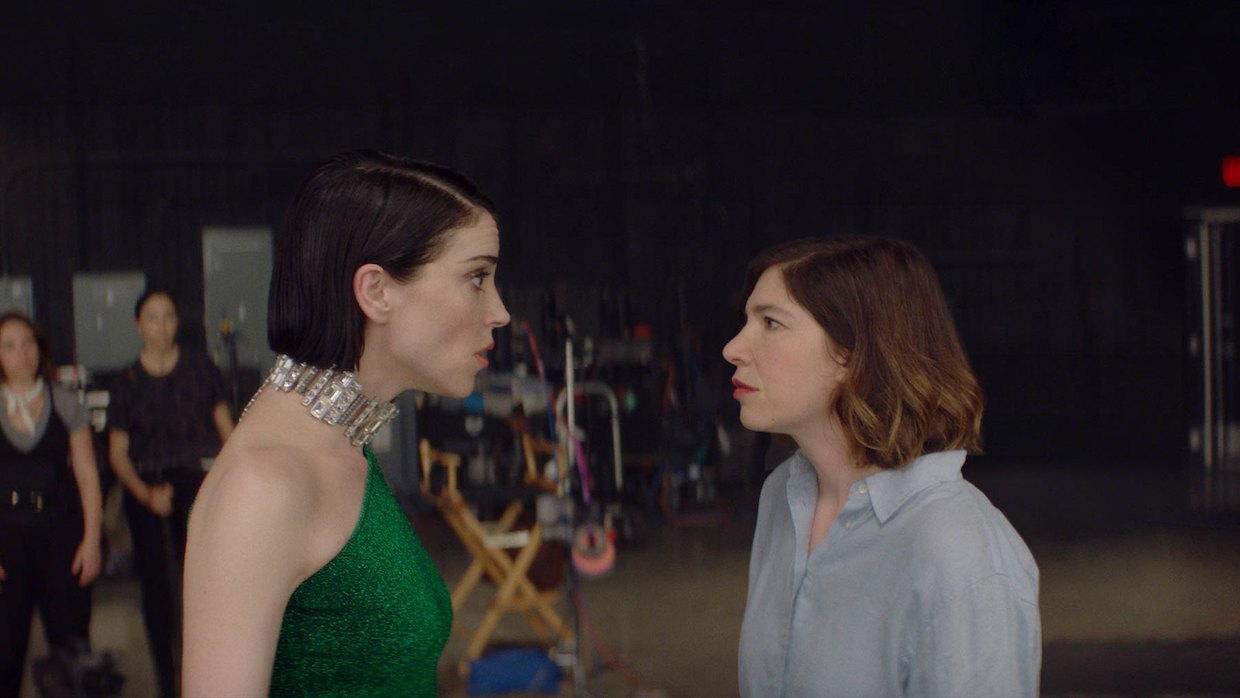 Bill Benz’ directorial debut The Nowhere Inn explores the absurdity of fame and persona, centering around the real dichotomy between musician Annie Clark and her stage presence as St. Vincent. Carrie Brownstein plays a director making a documentary about Clark’s life, but eventually finds St. Vincent overtaking the narrative and decimating the conventions of reality. Starting out by scraping by in Philly and eventually tackling an ambitious metacritical film, DP Minka Farthing-Kohl speaks to Filmmaker about her experience on the set of The Nowhere Inn.

Farthing-Kohl: When I first moved to Philly, I lived in a 100 year old abandoned candy shop without heat or gas and I didn’t know anyone. After a couple of days, I started knocking on the doors of rumored friends of friends carrying a towel and an onion, saying: “What are we making for dinner, mind if I take a shower?” Many people were quizzical but Bill let me in and we’ve been friends ever since.

Farthing-Kohl: Carrie Brownstein and Annie Clark wrote a wonderful screenplay that has this massive tonal arc; it starts playful and slowly peels back its layers into something darker and more surreal. Think Judd Apatow meets The Holy Mountain. We wanted to see what we could do to push those ideas forward while bringing a voice to the film that resonated with the style and sensibilities of our leads.

Farthing-Kohl: Everyone brought different ideas and references to the table, which were discussed and built upon until they became something that got everyone excited. First and foremost, it was the music of St. Vincent and Sleater-Kinney that drove the tone. We also talked a lot about Nicholas Roeg, specifically Performance and The Man Who Fell to Earth, Peter Greenaway’ s The Cook, the Thief, His Wife & Her Lover, the photography of Cindy Sherman and the paintings of Hieronymus Bosch and Philip Gustafson.

Farthing-Kohl: It was a rambling road movie that takes place in different venues, cities and hotels across the country, which meant we never return to a location twice. Production did an incredible job of finding locations that could act as multiple places and schedule it in a manageable way. Even with that said, it was still daunting in the volume of looks we had to create over 15 days.

Farthing-Kohl: The story is constantly bouncing back and forth between fiction and non-fiction. To establish the different perspectives we used different aspect ratios and formats to make sure the audience knew exactly who’s lens they were watching the story through. To accomplish this, we shot Alexa with various Panavision anamorphics, Primo lenses and a 416 loaded with various Kodak stocks, Zeiss Superspeeds and a Canon 6.6-66 zoom.

Farthing-Kohl: It was a constant collaboration with Bill Benz the director, Garrett Ian Williams, our gaffer, Shun Goldin, our key grip, Grace Alie, our production designer and Ian J. Putnam our 1st AD. Our approach was in response to the story and location. Initially, we started with a more formal look and feel, and as the story and tone begin to alter we move into an ethereal space. It was all in reaction to where we had come from, where we were and where we were going.

Farthing-Kohl: Doing a daytime poor person’s process trailer in a limo was a challenge. The schedule and budget didn’t allow us to return to the desert to shoot the scene where it takes place. So we leaned into the story and treated the windows to blow them out. It works for the story but wasn’t as initially imagined.

Farthing-Kohl: We worked with colorist Freddie Bokkenheuser to build LUTs for our various looks which we then applied and modified on the day with our DIT Ryland Jones. Both were integral in creating and settling in on a look during production. This allowed us to time to finesse the rest of it in the grade.

Lighting: All of the above.