“I See How Prevalent Transphobia Was and Still Is All Over the Media We Consume”: Editor Stacy Goldate on Disclosure: Trans Lives on Screen 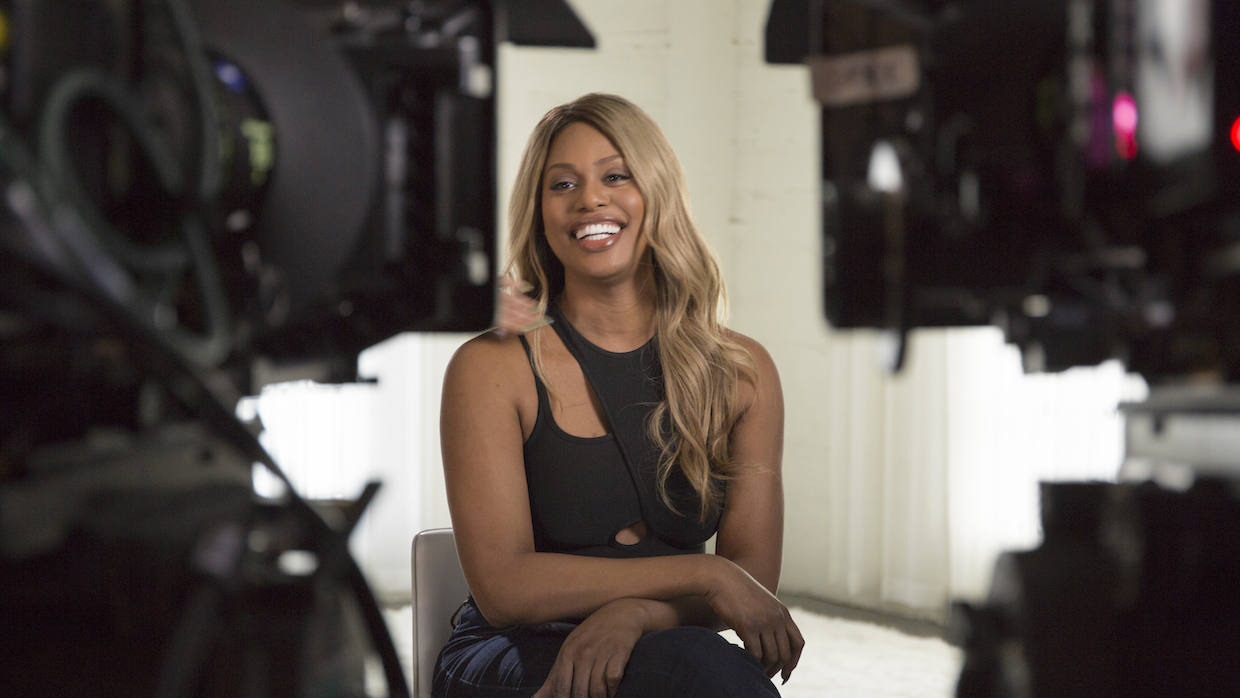 Director Sam Feder grapples with the legacy and representation of transgender actors and characters onscreen in Hollywood. While these depictions have been overwhelmingly negative and lacking in a nuanced understanding of trans identity, the reality of American anxieties surrounding gender are explicitly conveyed through these depictions. Featuring interviews with Laverne Cox, Lily Wachowski and Yance Ford among other trans thinkers and creatives, Disclosure: Trans Lives on Screen chronicles a difficult legacy of trans characters in the industry, while also pointing to a more fruitful future for trans actors and representation on screen. Editor Stacy Goldate speaks about the use of archival footage, the layering of interviewed subjects and how the film has impacted her own feelings of being represented on screen.

Goldate: Director Sam Feder and I lived in Chicago at different times but had many friends in common. When he was looking for an editor, our mutual friend, Ava Berkofsky, recommended me. Sam and I connected right away, and I knew I wanted to work with him on this film. I think it was a combination of my being a long-time ally of the trans community and an experienced editor on archival-heavy documentaries that made me suited for the job.

Goldate: As an editor, I am the bridge between the director and the audience. It was my job to understand Sam’s vision as reflected in the material and choreograph it creatively and with clarity.

Sam interviewed over 30 transgender and gender non-conforming people for this film, so there were lots of complex ideas and compelling personal stories to drive it. We decided not to structure it chronologically, since the way people consume media is not in a historically chronological way. My first task, therefore, was to organize the interviews by themes and ideas. From there, I edited the bites and corresponding archival clips into pods. We didn’t want the film to feel like a clip show or survey. The raw interviews were layered and profoundly honest and that provided the nuance and range of emotions we wanted to explore. Whenever we felt unsure about what to keep or cut out, we’d remind ourselves that the driver of this film was how representation on screen had a direct personal impact on our interviewees. We chose archival clips based on their stories.

Goldate: My editing process always begins with living in the raw footage, which in this case was over 60 hours of interviews. Knowing the footage intimately allows me to see both the big picture and the small details. You gotta zoom in and zoom out. I marked up the footage and created selects. At the end of every workday, I typed up night notes filled with my views and reactions for Sam and producer Amy Scholder. The night notes were a critical part of the process because they kept us on the same page. Eventually, we had a couple of small feedback screenings that were very helpful.

Goldate: I first learned editing at a local BBC radio station in Cambridge, England, during a college semester abroad. My dream was to work for NPR. I love closing my eyes and listening to radio stories so that I can fill in the images myself. That probably goes back to my being a kid and falling asleep to the radio. Eventually, I chose to work with images as well, but I think that my background in radio influences the way I approach editing. It’s also why I think the sound mixers, dialogue editors and sound designers are unsung heroes of cinema.

Goldate: Sam set up the project in Adobe Premiere Pro and I was more than happy to stick with it. I’ve mostly worked with Avid, but after previously editing a feature on Premiere over a year ago (Hillbilly directed by Ashley York & Sally Rubin), I’ve come to appreciate Premiere because it makes remote collaboration easy, allows you to multi-task within the project, and is excellent with various formats.

Goldate: I think the history section was the most challenging because it has a different look and tone from the rest of the film. We needed to find a way to integrate it organically. We were looking at the intersections of racism and sexism along with transgender representation throughout our film and those intersections were present in early cinema. This is one of many ways that Sam’s research paid off. He knew about early films that had not yet been widely discussed in a trans and intersectional context. We knew we had an opportunity to make important connections and we needed to get it right. It helped that we had lots of brilliant interviews for this section.

Goldate: Scott Grossman created beautiful titles and graphics. We didn’t lean heavily on graphics, but when they come in, they’re a lovely way to zoom out. He also treated the photos for the film.

Goldate: As a cisgender, pansexual woman growing up in the 70s and 80s, I didn’t see any characters on screen that overtly identified as I did. After editing this film, I have a better understanding of how the lack of representation impacted my life. That longing to see myself had a big influence on my decision to work in film and television. Working on this documentary, I see how prevalent transphobia was and still is all over the media we consume. Hopefully Disclosure: Trans Lives on Screen will open other people’s eyes as well!