“The Story Was Simultaneously Engaging, Humorous and Stressful”: Editor Joi McMillon on Zola 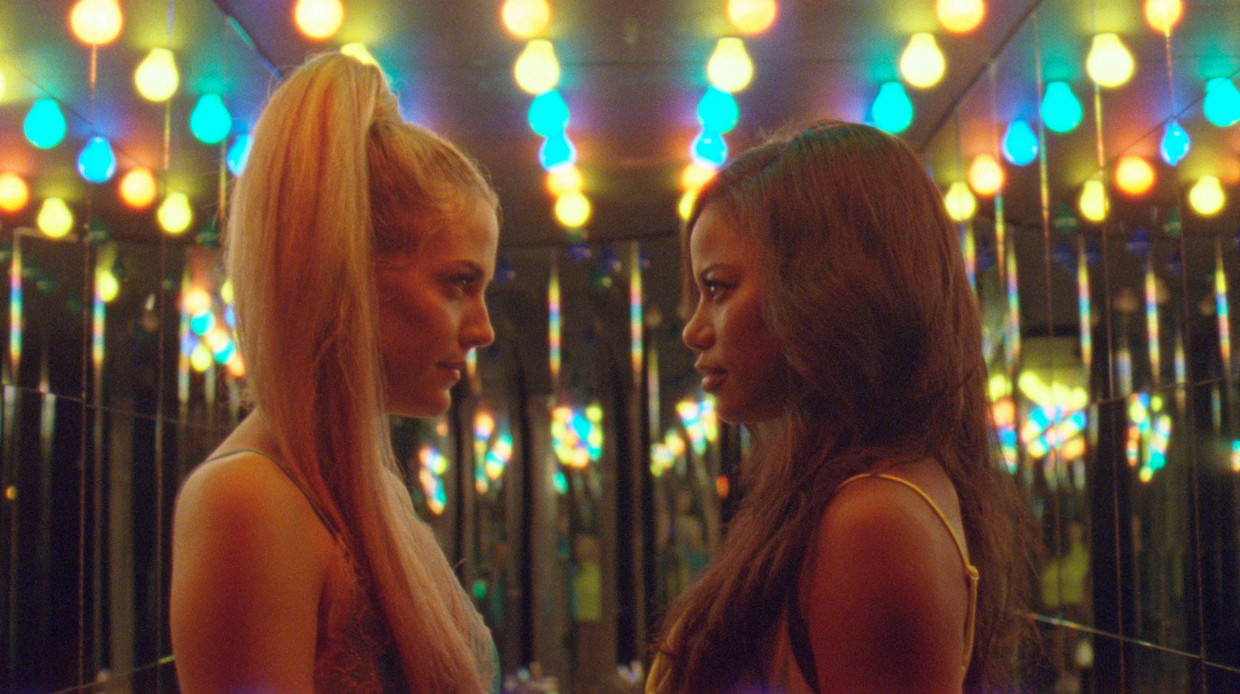 Janicza Bravo’s Zola is a story that was originally chronicled in 144 tweets by a woman named A’Ziah “Zola” King. The Twitter thread chronicled a high-anxiety experience that Zola had while traveling in Florida with a friend, wherein she becomes her unofficial madame, encounters her hysterical boyfriend Jarrett and finds herself in the middle of a kidnapping scenario. Bravo’s adaptation takes the straightforward yet gripping narrative of a sequence of tweets and heightens the stakes by playing with perspective. Editor Joi McMillon talks about her trajectory as an editor and what enticed her to help make Zola.

McMillon: Before we begin, I would like to say thank you for your continued support of film editors. We often go unnoticed in the industry and I truly appreciate Filmmaker Magazine taking the time to shine a light on our craft.

The first time Janicza Bravo told me about this project was in early 2017. I distinctly remember, it was following the Sundance premiere of Lemon, Janicza’s debut feature, and we were at brunch during SXSW. She asked if I’d heard about a viral story that had shook the world of Twitter, and as I’m not on social media, the answer was no. She immediately gave me the official download, and as I read the thread my eyes widened at some points while other parts had me laughing to myself. The story was simultaneously engaging, humorous and stressful—making it a perfect match for Janicza. Later that year, she officially became attached to direct the project and in 2018, we began production on the film that would be Zola.

McMillon: Telling a story that originated on social media was a novice endeavor for us as filmmakers and we wanted to incorporate the daily interaction with devices without making it feel generic. Our challenge was how to create an experience for the audience to truly engage with onscreen technology in a way that felt fresh and inventive.

McMillon: I don’t want to give too much away, but a good deal of it was achieved by the way Janicza and Ari Wegner, our DP, chose to shoot the characters during production. Once you see the film, you’ll understand the additional elements we discovered during our post process that effectively included the audience in this experience.

McMillon: Once I moved to Los Angeles, I had the privilege of working with an array of immensely talented editors including Terilyn Shropshire, Maysie Hoy, Nancy Richardson and Curtiss Clayton to name a few.

After toiling for 12 years as an assistant editor, Moonlight would be the first feature film that I was an editor on. It definitely impacted my career by opening doors that I never dreamed of having access to. It’s funny though, the influence of the experience hasn’t altered the type of work I desire to do or the type of people I want to work with. Barry Jenkins and Janicza [Bravo] were the two directors I was working with prior to the success of Moonlight, and they are still the ones I work with today. I don’t think I would want it any other way.

McMillon: For Zola, we worked on Media Composer. I was raised on Avid since my freshman year in film school at Florida State University and it’s never let me down.

McMillon: Oh my goodness—once you see the film, I really think you’ll know the answer to this. But to answer officially, there is a montage that takes place in the movie and it’s the first time that I’ve done a film that uses this particular type of effect. The challenging part was getting the timing of the optical to flow at the proper pace we wanted. We worked with the talented Eric Epstein who was the VFX artist on this section of the film. To get it just right, there was a lot of back and forth on tweaking the speed, but in the end, I think it turned out pretty great. I hope you agree.

McMillon: There is always a fine line to be walked when you tell a story based on someone’s life experiences. If you ever meet A’Ziah “Zola” King in person, she’s unforgettable. Upon reflection of the film and where we landed, I believe with careful precision we were able to capture Zola’s essence and leave the audience with an unimaginable adventure that they will never forget.