“It Is a Dark and Dire Reflection Without a Simple Solution”: Editors Langdon Page and Lauren Saffa on The Cost of Silence 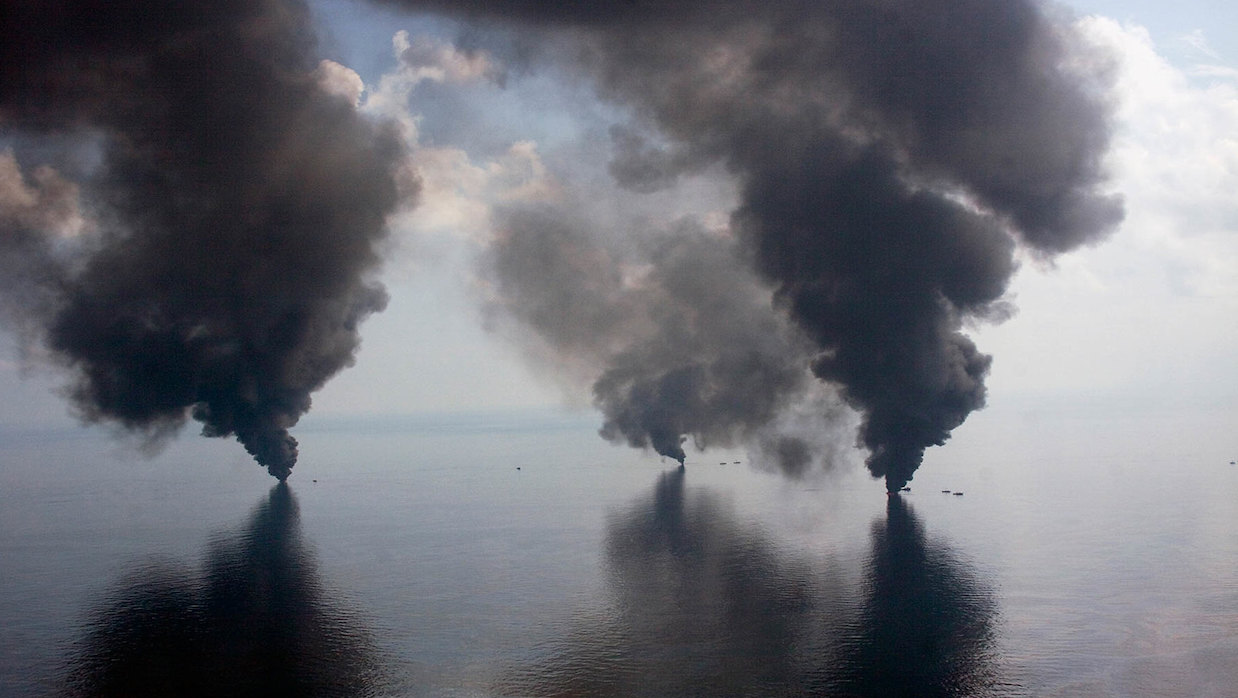 Nearly a decade ago, 130 million gallons of oil was spilled into the Gulf of Mexico over the course of 87 days after a deadly explosion on BP’s Deepwater Horizon offshore drilling unit. During the lengthy clean-up process, workers and civilians alike were exposed to dangerous chemical dispersants, directly causing illness that no entity has been held responsible for—neither the federal government or the oil companies—and offshore drilling continues. Mark Manning, a former deep-sea oil-field diver, chronicles the human suffering and lack of accountability of this disaster in The Cost of Silence. Editors Langdon Page and Lauren Saffa detail how learning about the nuances of this conspiracy moved them, the process of letting the characters take agency and speak for themselves, and the difficulties of working from so many different locations at once.

Lauren Saffa: I was brought onto the project by talented writer Mark Monroe, who I have had the pleasure of working with on a number of docs. As soon as I watched Mark Manning’s rough assembly, I was in. I was struck by Manning’s authentic voice and bravery in uncovering this story, and felt this film had the potential to be explosive in its impact.

Langdon Page: The film’s DP Reuben Aaronson is a long-time collaborator and friend. I started by consulting for a few years, and as the film evolved I came on board as producer and editor. Lauren had done an amazing job of getting the film to a very solid rough cut, and we thought we were just a few weeks from locking the film. Two years later, we are excited to be premiering at Sundance!

Saffa: My goal was to show the human cost of this crisis. It can be easy to dismiss data, but it’s much harder to turn away from the pain and suffering of a real person you get to know and love over the course of a film. I also wanted to break down the science and illuminate the scope of this problem in a way that is clear and easy for a layperson to understand. I myself was completely unaware of the long term impacts of oil spills and their containment when I began working on this film. I always try to edit a film as if I’m also the audience watching—what would confuse me, move me, or make me change my mind?

Page: It was essential to me that this film not be an “activist film” with a predetermined message. I wanted to hear the stories from our characters, emotionally, and be left to draw my own conclusions. So we did a lot of work to not offer simple or didactic solutions that could be easily pigeon-holed or dismissed.

Saffa: I believe in screening rough cuts early and often so you can gauge how the material is landing. In telling this story, we strove to strike a balance between the issue at large, and the deeply personal experiences of those affected. Initially, director Mark Manning was reluctant to be the film’s narrator and hated hearing/seeing himself on screen being the humble guy he is, but eventually we all realized that he is the most effective through-line for this story.

Page: I’m not as big a fan of screenings, and by the time we dug into fine cutting Mark had heard lots of valuable feedback (often contradictory, which can also be helpful) so we really just hunkered down and focused on making the film the strongest it could be. Additionally, we had the amazing partnership of the UCLA Documentary Film Legal Clinic, with whom we scrutinized every frame and line of the film. Often, as editors, we get a list of notes from legal to simply action. In this case, with such a controversial topic, we had a collaborative dialogue with the legal team that actually elevated the story.

Saffa: I grew up schlepping a boom for my mother, veteran documentary filmmaker Joan Saffa, and I thought that making documentaries looked like a pretty cool job. At first, I did everything myself (directing, shooting, editing), which was a great way to learn the ropes, but I quickly recognized that shaping the story via editing was my favorite part of the artistic process. Mark Monroe’s influence on my career has been invaluable; he has taught me so much about crafting a narrative and landing the emotion in a cut.

Page: I began editing as a way of learning the language of cinema. From initial success in Chile, I moved to LA and the only place that would hire me was E! Entertainment Television. I was grateful for the paycheck, but kept cold calling and eventually was hired on indie docs, first for Discovery and NatGeo, and eventually for HBO. As a freelancer, the key has been to continually reach out to get on projects of interest (or with people I’m interested in working with) while also keeping a stable of ongoing relationships to call on for potboiler gigs. My passion for editing docs has always been in their cinematic crafting, so my influences are mainly in revolutionary fiction filmmakers—from Eisenstein and Fritz Lang, to Melville, Peckinpah, Coppola and so many others.

Saffa and Page: We cut on Premiere, because it felt fast and easy. I think there are distinct advantages to each edit platform, but whatever gets the job done!

Saffa: The opening is almost always the toughest to nail, and we tried many different iterations before landing on the current opening. It’s so important to find the right tone and capture your audience’s attention within the first couple of minutes of the film.

Page: And then there’s the ending. After years of trying different approaches to the end, all of which ultimately felt forced, it took starting to lift the veil of secrecy on the film (and the change in the White House) for us to discover the right end to this long and twisted odyssey.

Page: About half the GFX work was done with a company that we realized was not going to get us where we needed to go. So we brought on a team in England, with whom I’d worked previously, and they did an incredible job. With the director in California, I was largely in Chile, the GFX in England, and the Composer in Austria, finishing this project deployed long-distance remote collaboration in a big way. As a technique, it allowed us to maximize our limited budget and work with amazing talent without any in-person meetings. Obviously, the role of video calls and streamlined notes was key. We are living in a glorious time for working with people all around the world!

Saffa: The interesting thing about this film is that the plot continues to thicken as politics play out on our national stage. What was a pressing issue almost a decade ago is even more urgent and dire today. Because of this, the film’s edit kept extending as new information was brought to light. I’m just so glad the film is finally getting out there so people can become informed about this public health disaster and hopefully take action.

Page: While the subject of The Cost of Silence is increasingly timely, the film will also, hopefully, prove to be timeless. Beneath the tale of oil spills and dispersants, it is a story of lack of accountability. Everybody, from industry to myriad government agencies, points the finger at everybody else, and therefore nobody is responsible. But the number of sick people who aren’t getting help continues to increase. It is a dark and dire reflection without a simple solution. Such are the times.